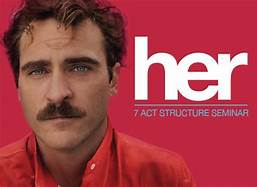 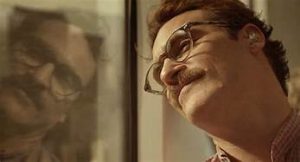 Adults only for language, verbally graphic phone sex (you heard me right), and at least one instance of a crudely vulgar sexual drawing.

Joaquin Phoenix and Scarlett Johansson are two of my favorite actors. Their ability to be personally engaging and draw the audience in to their characters is exquisite. So it is ironic that they play characters who are each, in their own way, completely and almost totally isolated from the rest of the world.

Theodore (Joaquin Phoenix), devastated from a badly disintegrating marriage and resultant separation, who has withdrawn from the world with the exception of: his married childhood friend, Amy (Amy Adams), his creepily awkward coworker 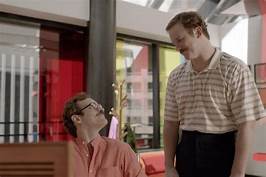 Paul (pre-Starlord, Chris Pratt), and the occasional contact with anonymous and very weird phone sex partners (Kristen Wiig whose peculiar brand of demented humor has her on SNL’s crew).

To displace him one step further from real human contact, Theodore’s job is to write psuedo-intimate letters on behalf of other people: between lovers, from grandchildren to their elder relatives, thank you notes, congratulations. So not only does he keep himself at a tent pole’s distance from interacting with real people but his job is to facilitate the same for dozens, if not hundreds, of other clients. And it is additionally disturbing that the demand for this service is such that Theodore can afford a rather high end apartment.

Enter Samantha, an operating system powered by an artificial intelligence. 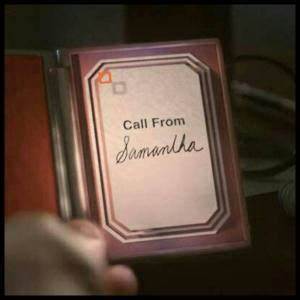 More than HAL from 2001, Samantha has intuition, insight and sensitivity (or at least she would pass the Turing test with flying colors). And it’s understandable, even predictable, that desperately lonely and imaginative Theo would develop an extreme attachment to this disembodied empathetic new presence in his life. 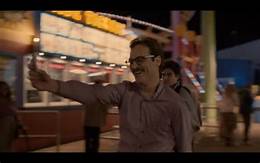 Lest one scoff at this sort of relationship, think hard about what item would cause you the most panic if lost and how many times have you heard people say their phone had their whole lives on it. Pictures, calendars, access to worldwide information, communication with distant friends and relatives, banking transactions, movies, college classes, Youtubes – all there and more at your fingertips through the window of this small box. It is a very tiny leap to imagine that a next generation Alexa, devised with sufficiently complex programmed personality, might become the object of affection by the growing multitude of the isolated and socially displaced, in our emphatically electronic virtual culture. 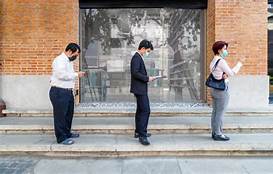 This self-inflicted dysfunction, close to the surface in 2013 when her was released, has been dramatically exacerbated by the misanthropic Wuhan rules which require the kind of social desolation normally associated with extreme penal punishment and Mengele-style brainwashing techniques intended to deliberately create psychoses. 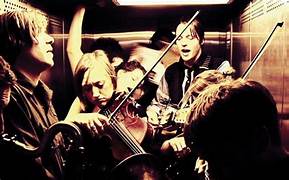 Arcade Fire is composed mostly of single notes and dissonant electronic chords, played slowly and mournfully with tiny hints of variation, like a subdued victim of deep depression, who is occasionally distracted by someone else’s smile or a brief flash of color. 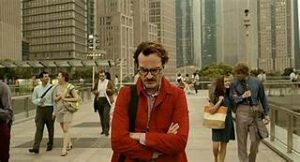 And speaking of color, blue is almost completely avoided as Jonze thought that color too cliche in a science fiction movie. The resulting red tinge creates an uneasy subliminal visual, as though Theo was constantly bleeding out the pain from his heart.

Johansson shines with just her voice as the female protagonist/computer. 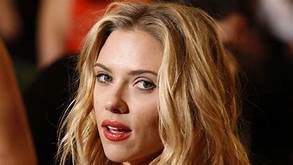 She is enchanting, vibrant, funny, soothing and delightfully elfin, despite the significant disadvantage of never being seen.

Phoenix is at his most subdued as Theodore, and as such is mesmerizing, saying more in long pauses and subtle changes of expression than most actors can in pages of dialogue and open physical emoting. 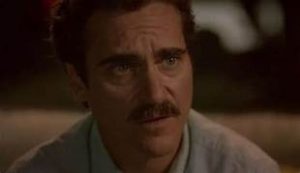 His performance is like studying a beautiful classical portrait. Johansson’s is like listening to a human musical instrument as her voice changes from sultry to child-like at the turn of a phrase. 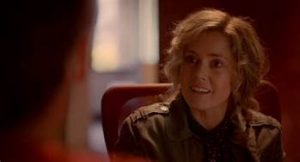 Amy Adams’ part is small but touching as another character who is heart broken and dislocated from the human race, set adrift by the sudden separation from her husband. 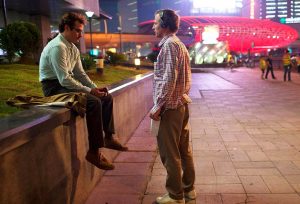 Spike Jonze, writer/director, for addressing this unsettling trend head on. While it is quaint for people to wax whimsically about pre-text and pre-email communication, the rest of the world is not content to patiently wait days for a response, as was the case when the handwritten letter was the norm. 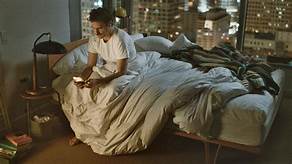 Computerized electronic information access and transmission is now expected and essential but a gateway to the creation of these chasms between personal contact. So this issue is not likely to go away any time soon. I love the instant response of telecommunication too, but need to remind myself, as should you, to occasionally put down the electronics and speak directly to the people around you. They will give you an instant response too if you give them a chance.

While not wanting to give too much away I will encourage you, of the appropriate demographic group, to watch it, by saying there is a hopeful ending. Suffice it to say that while an artificial intelligence might enchant you with a virtual representation of anything you could imagine, there really is nothing that can replace the simple touch of holding another human being’s hand. 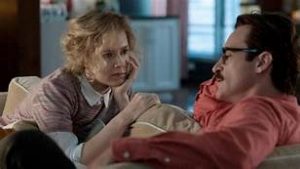