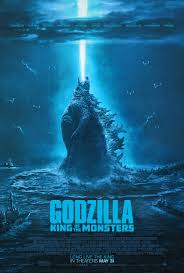 AUDIO PODCAST OPTION FOR REVIEW OF GODZILLA: KING OF THE MONSTERS

If you are a fan of Godzilla then you will love this contribution to the now 65 year old franchise.

At youngest, younger teens, for: frightening and extensively violent images of city-wide destruction, human peril and cataclysmic fight scenes with other monsters. There is also some language including one “f” word and blasphemy. And while there is no sexuality shown, there are a small handful of sexual innuendos spoken, which will probably go over the head of most younger teens. There is also a confusing mish mash of paganism and Christian religious symbols and references which could confuse a spiritually immature child. 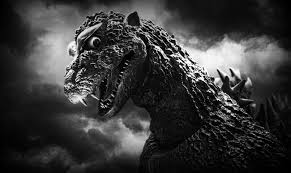 In 1954 Godzilla inexplicably and emphatically became a cult hit. A rubber suited man emitting a now iconic shriek (created by Akira Ifukube rubbing a resin coated leather glove across the strings of a double bass) wrecks havoc, clumping awkwardly as he lazer-breathes his way through towns and countrysides behind fleeing crowds of (mostly) Japanese victims. 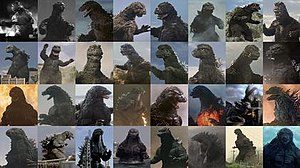 35 films later (all but 3 made by Toho, a Japanese-based film company), the franchise is still going strong. The latest, Godzilla: King of the Monsters, is a loose sequel to the 2014 Hollywood film which firmly established Godzilla to mainstream American audiences as a “good guy” ally to humanity. In point of fact, some Japanese philosophies even see Godzilla as an indifferent “god” of destruction in a cycle of death and rebirth.

At one point a scientist, upon seeing the monster in full, interjects the name of the Lord, to which 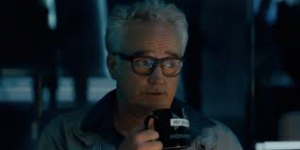 Rick Stanton (Bradley Whitford – Get Out, Saving Mr. Banks, Cabin in the Woods) punnily follows up with “zilla”. In fact the name Godzilla was never meant to refer to our Creator. It was actually a Europeanized mispronunciation of the Japanese, Gojira, which, in turn refers to an animal which is akin to both a whale and a gorilla.

SPOILERS – but, I mean, come on, this is Godzilla and there’s not that much plot to spoil.

In this outing, Godzilla is a bit of both ally and destructo-machine, as he tromps over the Earth with 16 other “Titans”. The human subplot, which is supposed to keep us grounded to the big critters, involves scientists Mark and Emma Russell, 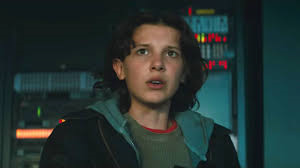 Madison (the clearly talented Millie Bobby Brown who is the amazing “11” from Stranger Things) to follow in her tunnel vision footsteps, putting her research of the Titans above everything (and I mean EVERYTHING) else. 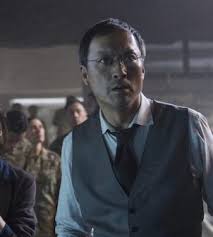 Charles Dance (staple in film and TV for 45 years, bringing a wicked class and style to everything from Game of Thrones to Shakespeare and a villain in the James Bond franchise), 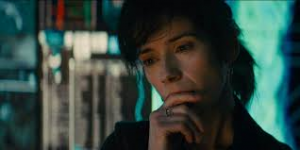 Sally Hawkins (in both the offensively awful Shape of Water and the extremely delightful Paddington movies), and 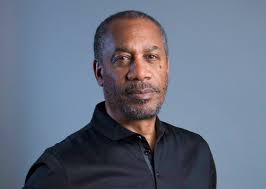 Joe Morton, (whose career dates all the way back to 1951 including the innovative cult sci fi Brother From Another Planet and the classic Terminator 2: Judgement Day). 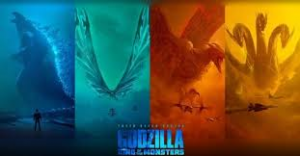 The rest of the run time is spent watching CGI monsters destroy each other in admittedly spectacular fashion, although a lot of cheating is done in the details by holding all the fights at night, 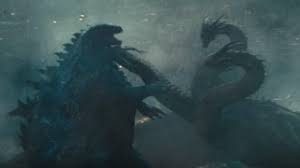 under water or in a Cat 6 (???) hurricane manufactured by one of the “bad guy” Titans.

It occurred to me as I perused a Youtube which did a quick survey of all the Godzilla movies, that the phenomenon of Godzilla has much in common with the Lego movies. Aside from the 1998 Matthew Broderick contribution, which envisioned Godzilla as a more 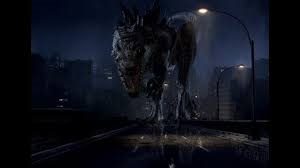 “realistic” mountain-sized Komodo Dragon, Godzilla reminds me of an action figure. Despite all the CGI available, the director, Michael Doughtery, (Superman Returns and a couple of X-Men movies) chose to stick with the stilted, squat, awkwardly moving Godzilla instead of the 1998 lithe, quick and sinuous monster which chased Matthew Broderick through New York City.

Similarly to the Lego Movie, which sees the world from the point of view of the toys, Godzilla strikes me as inspired by the imaginations of every child who had a monster toy with which they liked to terrorize their surroundings.

The traditional Godzilla MOVES like an action figure with an inverted triangle body, whippy tail with which to bludgeon objects, and tiny useless arms, 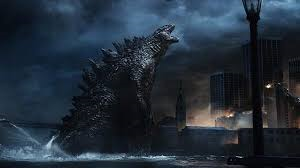 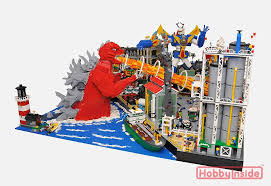 clumping from side to side as it stomps forward crushing everything under foot in its path – except the “important” actors. The end credits even camp it up, featuring a cover by Bear McCreary of the 1977 Blue Oyster Cult novelty song “Godzilla”. 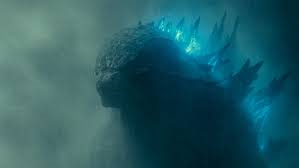 This is a pulp funny book brought to full Technicolor life with all of the shallowness of plot, disjointed explanations, magic-style “science”, inconsistent character motivations, and single note personalities of a comic book and its denizens. Even so, this is not meant as a criticism or failure of the movie. I suspect this is what the film makers were after. And it succeeds, as such, admirably, throwing in a little wry humor dialogue now and again just to keep things “real”.

As a matter of fact, there is one special reason why I, personally, like this movie. In a delightfully refreshing turn of events, a truth is demonstrated. The monsters have been deliberately set forth to destroy mankind by a recognizably legitimate force for evil, one which wrecks havoc on us in the real world on a daily basis – the Environmental Wacko.

The bad guys here boldly state that humans are a “virus” on the Earth which must be scoured off, in their way of thinking, to allow the world to return to its “natural” state. But, of course, in true and honestly portrayed, narcissistic liberal hypocritical fashion, the villain, after murdering tens of thousand of men, women and children with these behemoths, she willing puts all her plans on hold when it is her child at risk. No one else’s child is important though, only hers and hers alone.

Her insane scheme to find and release the Titans upon the Earth is understood by the rest of the characters in the movie as: ridiculous, evil, short sighted, cruel, and – ultimately, flat out wrong. This, of course, can sum up the entire mentality of the extreme environmentalist movement, which wants to put animals above people, prefers human suffering for OTHERS (who are not members of their extreme club) to widespread use of modern inventions, ignores common sense science (like the fact that carbon dioxide is GOOD for the environment as plants LOVE it), proposes hoaxes which further their agenda with NO verifiable evidence (like human caused climate change) but continue to jet around the world using up fossil fuels at a rate the rest of us can only dream about. It’s nice to see the blame placed at the feet of those to which it really belongs for a change.

Godzilla also leans heavily on paganism, reverencing and even calling to some worship of the monsters. 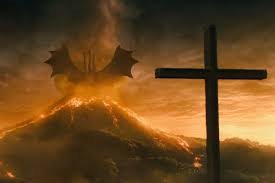 That being said there is also some comparisons of Godzilla to Christian motifs – that he died trying to save us, descended to the depths of the Earth and was reborn to arise and defeat an evil monster (well two if you count the environmental wacko). While this has been done appropriately and respectfully in stories like Narnia (NOT that Godzilla even belongs in the same solar system with Aslan), 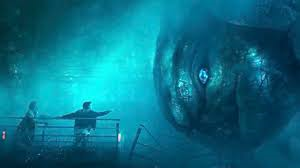 it is a fair point to say not all of Godzilla is pagan, but that there are at least some superficial nods to a Christ-like theology, though it is obvious that the writers neither understand it nor fully embrace it.

So if you are familiar with and are a fan of the mythos of Godzilla then you will not be disappointed in Godzilla: King of the Monsters. But while you should be advised of the heavily pagan-favored worldview, it will at least provide a breath of politically incorrect but common sense-accurate fresh air. 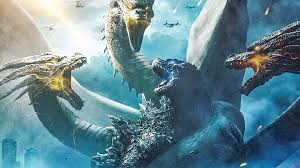