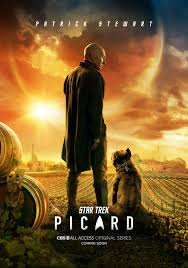 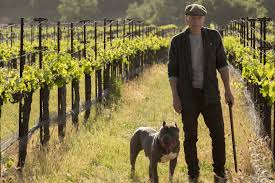 Newest Star Trek show, this one starring Patrick Stewart as the now aged and retired Admiral Jean luc Picard on a quest to rescue a friend’s daughter and, oh by the way, save the Universe while he’s at it. And while it’s not as good as Star Trek: Next Generation or most of the movies, it is more “Star Trek-ian” than Discovery.

Unfortunately, THIS Star Trek venture uncharacteristically includes: profanity, even blasphemies, drug use, and hints at alternate lifestyles, which makes this show inappropriate for younger teens. 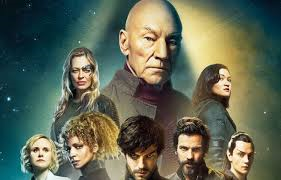 I just got finished watching the first season of Star Trek: Picard. And while I was delighted to see Patrick Stewart in the saddle again, especially with cameos from the Star Trek universe, if this is the best the writers can come up with, then maybe it’s time for Picard to hang up his stirrups for good.

Like Discovery and unlike Star Trek‘s original inception, it is not episodic but moves along like a 10 hour movie (10 episodes at about 1 hour each). That is good and bad. If the storyline does not appeal to you then your are out of luck. You can’t drop into the middle of the season. Unlike the original shows it does not always seek to demonstrate the best that mankind can do, but far too often sinks to its lowest level, from drug addiction to bureaucratic disregard for entire civilizations, resulting in prejudice and genocide by neglect.

Patrick Stewart and the troupe from the original show were wonderful. Stewart throws himself into every role he plays. To underline that in a comic way, see the hilarious Honest Trailers for Star Trek: Next Generation.

I did think the plot pretty compelling and grew organically, pun intended, (you’ll see what I mean if/when you watch the show), from previous plots and concepts from the Trek universe. But while everyone is so busy being excited about the overall story line they forgot to include one of the things that made the Trek universe so relatable – the human element.

They took a few broad-stroke shots at it – but much of it felt like last minute thrown together ideas put on paper from the first brainstorming session.

For example: I know – Let’s give each of the characters some cliched “brokenness”. 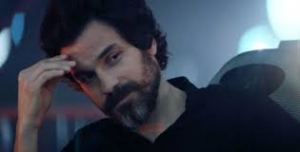 Rios, the captain of the ship Picard hires, (Santiago Cabrera), is a former Starfleet officer with an unresolved trauma. Picard’s best friend, 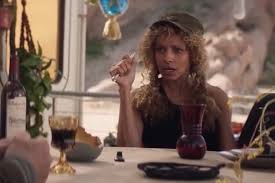 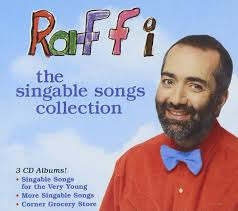 whose name inevitably reminds me of the children’s entertainer,  looks and acts like a female 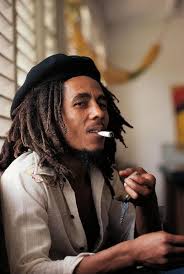 Bob Marley – drug habit included. All she’s missing is the Jamaican accent. NOT to mention the fact that even the most hard core Trek fan knew nothing about her. 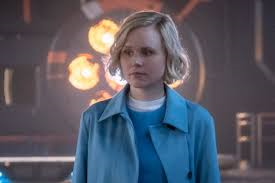 Alison Pill (Hail, Caesar!) is Jurati, a scientist with a tragic personal relationship with another familiar scientist (who I will not mention in the name of avoiding spoilers). Throw in some subtle, politically correct, lesbian overtones and you have the making of a Star Trek that might embarrass even the fanboys from Galaxy Quest operating out of their garage. 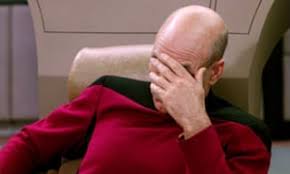 Not all is lost. 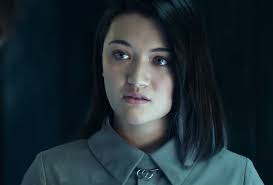 Soji (Isa Briones) does a good job as the damsel in distress with a past which propels the rest of the story arc.

The space special effects are pretty cool. Nothing spectacular, groundbreaking, or anything to write home about, but definitely up to the standard Star Trek TV show.

BUT! And here I come to one of the more egregious points of evidence proving the show makers did not really do their homework on the characters. What the heck did they do to Data? I understand Brent Spiner is, realistically, decades older and a number of pounds heavier than when last he played Data in 1992’s Nemesis. But the makeup job they did on Spiner must now be a relief to those who did the understandably maligned CGI job on 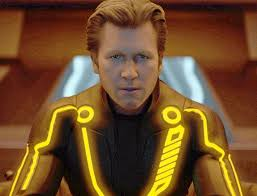 Data, in Picard, was suspension of belief killing bad. Contrast Data from the original show. 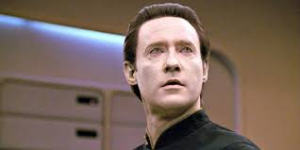 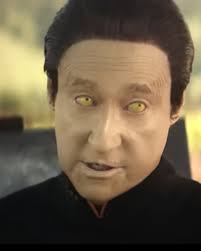 Picard‘s Data’s contact lenses were too big, covering the whites of his eyes, and the wrong color. The pupils were too small and reptilian looking. The color of his skin made Data look as though he had spent his afterlife in a tanning booth. And do not get me started on the semicircular hair line which made him look like Spiner had just come from an audition to replace Shemp Howard in a movie about The Three Stooges. How hard would it have been to touch up Spiner’s hair, contacts and skin color to make him look better than that he had spent 15 minutes in a chair with somebody’s leftover makeup bag? To quote Sam Rockwell’s character, Guy, in Galaxy Quest:

ALSO, and I’m trying to be as spoiler-free as possible, there were some rationalizations for decisions in the last show’s denoument which should have been run through a couple more rewrites. I hate being this obscure but do not want to give away MAJOR spoilers, so if you want to know the details to what I am referring before or instead of watching the show, I’ll explain way down below.

ALSO also, the acting wasn’t all it could have been. Sometimes the cast sounded like they only had one table reading under their belt before they were thrown in front of the camera.

The cameos were great, with the previous regulars stepping right back into character as though they had just wrapped up their previous season or movie last week, (for which I do not want to include pictures because, again, I don’t want to give spoilers). 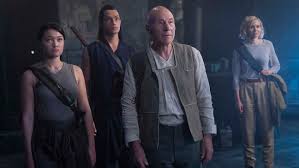 And while Patrick Stewart gives it his all, I cannot honestly say the same for his fledgling crew. The new kids on the block were really hit and miss ranging from: not bad and establishing the groundwork for a new character, to first season Deanna Troi weeping, to awkwardly inappropriate and dulled affect. 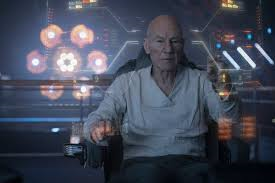 I’m not suggesting that Picard is terrible or that you shouldn’t watch it. And there are lots of surprises which I don’t want to give away. But I am saying I was periodically disappointed. To be fair many of the Star Trek shows needed to get their first season under their belt before they hit their stride, mature their characters and improve their special effects – INCLUDING Star Trek: The Next Generation from which Picard originally sprung in 1987 .

But, to be blunt, as fond as I am of Patrick Stewart and as much as I respect his Shakespearean grounded acting ability, he is 89 years old. 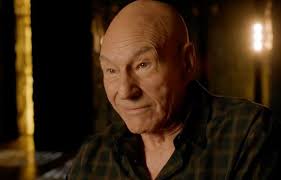 They don’t have time for a practice run if they’re going to get any traction with this show. I would hate to think this was Patrick Stewart’s last hurrah with Star Trek.

While almost any Star Trek is better than NO Star Trek, Star Trek: Picard could have been better. 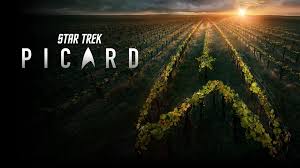 MAJOR SPOILERS BELOW – YOU HAVE BEEN WARNED

Near the tip end of this season’s last episode, Picard collapses and dies from a brain anomaly in his parietal lobe, caused by Irumodic Syndrome first referenced in All Good Things (the ST: TNG finale). OK – ballsy move. So – Star Trek being what it is, and no one really dies if they’re super popular – they put Picard’s mind into a “golem” or super advanced android that looks like him (Is anyone surprised?) Great – fine and in keeping with the story line. BUT they explain that his new android body was given an algorithm to age and he will not have any more years than he otherwise would have.

No extra years?! This incredible new body and it’s given to Picard pre-aged like a pair of pre-distressed blue jeans??

Wait! WHAT? REALLY? On PURPOSE!? WHY?

Because, it is explained to Picard, they “knew” he would not want anything to change with the already 94 year old (character not Stewart) body he was used to. EXCUSE ME!? I think I would have put my android fist through his stupid face. Did they not think that maybe HE MIGHT want a few more years?

OK Back up. I understand the writers can NOT do that because Stewart really is old – 89 as I have said. So the fact Picard’s character has to stay old is a given. But they needed a better reason than THAT. Whoever came up with THAT dumb excuse should have been relegated to checking for typos in the script.

This is an unfortunate limit that would only be believable if it was forced on them by circumstance. How about they had no choice? Maybe something about how an extension of years would have taken adjustments in the algorithms already in the golem which they didn’t have time to accomplish because he was dying? Or they couldn’t add years because the golem was built for someone else and there were problems getting him IN the golem. How about an elf came along and held a phaser to their head to prevent them from adding extra years? ANYTHING but this bizarre rationale – that Picard was USED to his existing deteriorating body so they KNEW he wouldn’t want to make any changes……This is just a new level of casual bad writing and beneath the quality we expect from Star Trek. Hopefully they will do better in the future.

One thought on “PICARD IS TASKED WITH SAVING THE UNIVERSE – AGAIN!!”