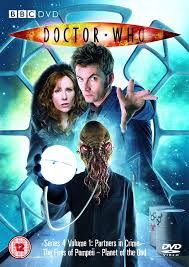 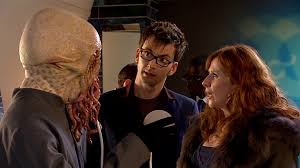 Just about every sentient creature in the known universe has at least heard of Dr Who. Not surprising, since the show has been around since the JFK assassination. No really. As in Dr. Who’s November 23, 1963 premiere was briefly postponed in the UK for coverage of the horrific tragedy which had taken place the day before. 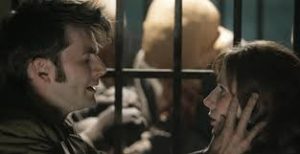 But for the benefit of the two or three people left in our solar system who do not know “WHO” – ahem – the good doctor is: Dr. Who is a British TV show about a Time Lord, an Earth-protecting alien from the lost planet Gallifrey, who travels around in a T.A.R.D.I.S. (Time and Relative Dimension in Space) – a sentient vehicle which looks like a British telephone booth – which takes him and his chosen companions to different times and places, usually of the Doctor’s choosing, but occasionally places where the TARDIS thinks he needs to be. And as though he were Superman’s nerdy British cousin, Dr. Who uses his brains, and plot convenient tech to do good, and usually dangerous, deeds across the multi-verse. 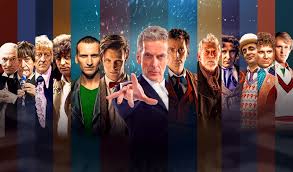 And as a side note, interesting, but somewhat irrelevant to the purposes of this article, in the most brilliant show contrivance in history, when the lead actor wishes to depart or his ratings drop they “kill” the current one off so that a “new”, but the same, Doctor “regenerates” into a different looking body. So you have the same character but with a completely different actor and personality. 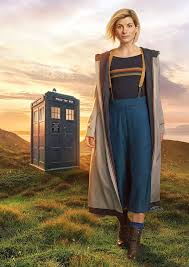 Soooo – since the latest incarnation regenerated into a woman the pronouns above could be he OR she.

With this kind of an intro, it should raise no eyebrows to learn that Dr. Who has run across more and weirder creatures than Star Trek and Star Wars combined: from 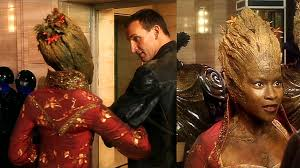 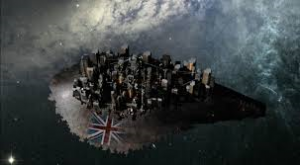 to space whales that can carry all of England on its back, 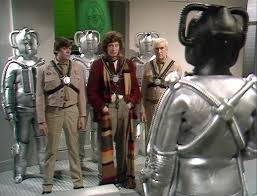 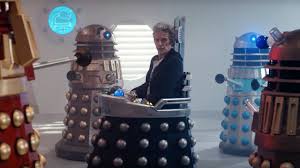 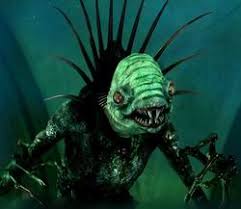 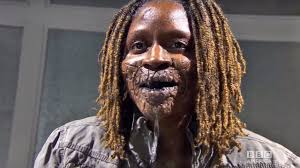 the TARDIS herself (yes, she is a female), terrifying and untraceable hypnotic monsters who live in intense radiation on a planet with sapphire waterfalls, two-dimensional beings (and yes, that was a particularly creative episode), 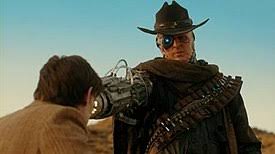 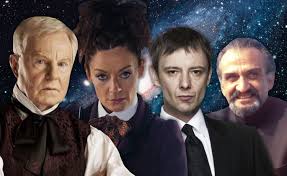 psychotic Time Lords; NOT to mention the famous and infamous throughout history: 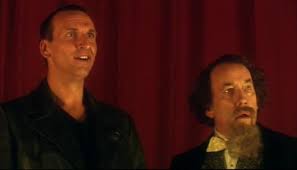 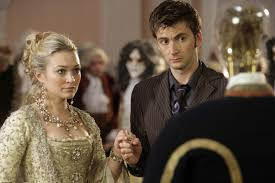 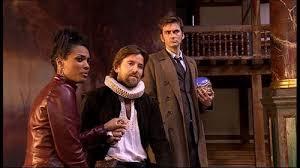 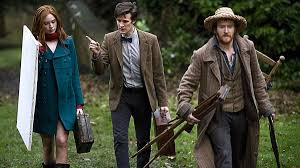 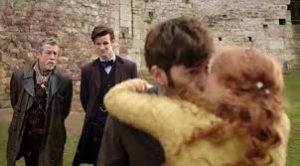 Elizabeth I, Queen Victoria, and the prototype for Robin Hood. 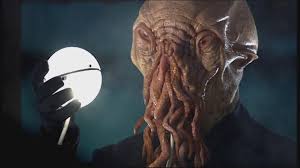 BUT – one of the Oodest – or rather – Oddest of them all are the – Ood. Normally docile, meditative, both telepathic and empathic, they carry a portion of their brain — on the outside, holding it at all times. Come to think of it now I see why they are docile – kind of tough to wield a weapon while jostling a chunk of your cerebrum in the other hand – NOT to mention the vulnerability of it. 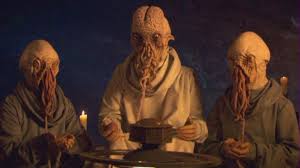 Their sensitivity and awareness, their connectivity to other creature’s minds, their constant attention to this fragile link with all the other minds and thoughts of so many other creatures, their constant input of images and emotions of those around them – make them vulnerable to corruption by more powerful telepathic minds with evil intent … or even to enslavement. 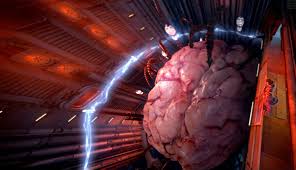 As they spend all their time continually monitoring the Ood hive mentality of their interconnectedness, it has engendered in them a subservience and lack of independence which crippled their society. 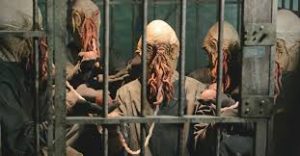 At one time their slave masters even physically removed that external portion of their brain in order to replace it with a mechanized one in order to more easily control them, 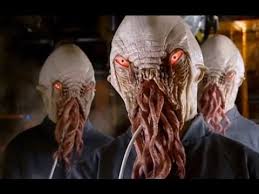 but which backfired on the slave masters allowing the suppressed Ood rage to turn them blindly homicidal.

While it is always nice, it is not always pre-requisite to have a logical basis for science fiction generated creatures’ unique characteristics. 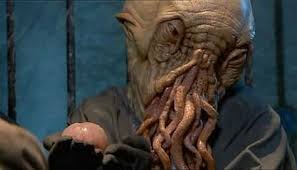 Nonetheless I couldn’t help but play the “what if” game, and wonder, if such a creature existed, why might God, in His infinite wisdom, craft or allow such a creature, so uniquely hobbled, to evolve? This one attribute’s disadvantages seemed to so spectacularly outweigh its benefits that it held their entire civilization’s progress back, dragging like an anchor against the promise of their potential development.

So I continued to puzzle. How might such a singularly disadvantageous and peculiar physical attribute EVER been catalyzed to manifest itself? I wondered how the concept of a portion of one’s brain being held in one’s hand EVER came about……..

Then it occurred to me. 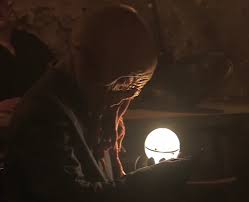 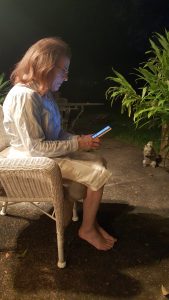