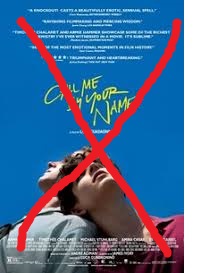 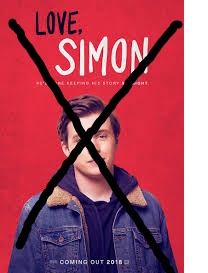 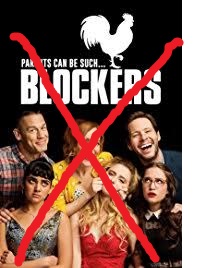 The movies: Call Me by Your Name, Love, Simon and C***blockers (recently released as just Blockers with a picture of a rooster attached) are, in a phrase, child pornography.

WHO SHOULD SEE THEM:

Now here’s a truly offensive Trifecta for you:

DUE TO THE UNFORTUNATE NATURE OF THIS REVIEW AND PHOTOS NECESSARY TO MAKE MY POINTS,  PLEASE DO NOT ALLOW MINORS TO READ THIS!!

I have been freshly disturbed by the succession of child-sexploitative movies recently released.

In full disclosure, I have not seen and do not intend to see any of these movies. Blockers, as it so happens, is not even in theaters yet so my information was limited but easily accessed and assessed merely by the unfortunate happenstance of seeing the trailers.

As to Call Me by Your Name and Love, Simon – I am of the philosophy that you do not have to shoot yourself in the foot with a nailgun to know doing so would have unpleasant consequences. I can, however, figure out the destructiveness of a storyline based upon its synopsis, which you can read for free either at wikipedia or the movie spoiler. You can also get details on the explicit content of a movie from a subscription to screenit – everything about a movie is available, from jump scares to smoking to exact numbers of which profanities are used to explicit descriptions of sexual and imitative behaviors.

I would certainly not pretend to be able to comment on cinematography, effectiveness of the music score or the acting. Then again, if I only read a book or the screenplay I would not be able to assess that either. However, I CAN tell you, after due diligence research, without question, about the extremely vile, sexually exploitive, pedophilia-promoting agenda of these stories.

First there was the Oscar darling 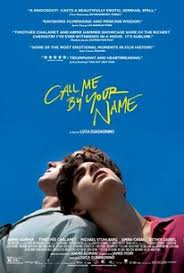 Call me By Your Name which featured an older man 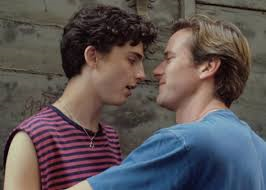 seducing, sexually using, then abandoning a 17 year old boy. This movie featured graphic displays of male-child sexual behavior and one grotesque event involving a peach which I will leave to your imagination. 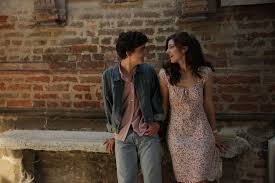 Not only does the 17 year old boy persuade his even younger girlfriend to have sex with him multiple times but he switches between her and the grown man, putting both members of the young couple at risk for whatever other contacts the grown man has had, not to mention risking pregnancy for the girl. 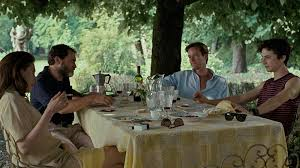 The parents go blithely along with the abuse of their son by this much older grown man. The girl finds out about his homosexual extra lover and, understandably, breaks up with him. The grown man takes advantage of this boy’s raging hormonal state to use him as a sex toy for the summer, then abandons this now damaged youth to his confusion and solitude. This movie, predictably, got all kinds of positive attention from Hollywood and liberal intelligensia for cinematography and acting. It has also been pointed out to me that sex with a child this age is legal in Italy.

Well, if sex with sheep was legal it would still be bestiality. And sex with a child is pedophilia whether it is legal or not. And in our country if you put photos of this behavior on your cell phone you could end up in jail. 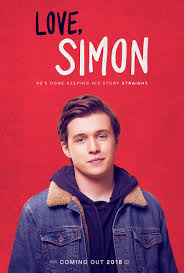 Onto the stage appears Love, Simon – 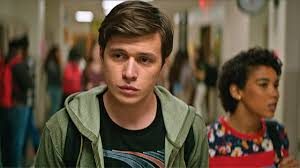 a story about a young man who is also confused, as most boys are, about the raging inferno of hormonal emotions churning through him. With no adult guidance he decides he is homosexual and spends the entire movie secretively embarking on a quest to find out the identity of and "hook up" with the "other" "gay" boy –  Bram – who has anonymously come out via electronic social media in their high school. There are a few exchanged emails to justify Simon's infatuation with someone who could be anyone, including an adult predator. 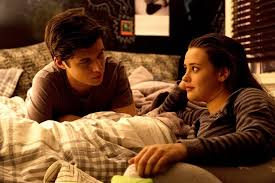 Simon rebuffs any romantic consideration of a girl who is already a friend, with whom he shares similar interests and who likes him. Instead, Simon pursues an anonymous gay "other," whom he knows little about, objectifying him to use him to gratify a sexual fantasy. In short, Simon refuses to pursue a promising and meaningful relationship with a friend to pursue someone solely on the basis of a shared sexual fetish. 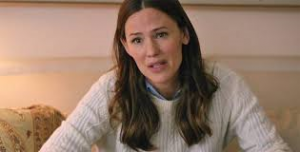 His parents are shown to be clueless and non-judgementally accepting of a decision which has far more long-reaching and permanent consequences than college choice or purchase of a car, which you know DARNED well they would have had PLENTY to say about.

Tipping the hand of the script writer and directors’ intentions, without question, is the choice of high school play. In the source material book Simon vs The Homo Sapien Agenda, the high school play to be performed is the innocuous musical Oliver! based on the Charles Dickens story of the orphan boy. For the movie, Love, Simon, Oliver! is thrown out and Cabaret is chosen. CABARET! One of the singularly most sexually graphic and disturbing musicals in the mainstream.

THE FOLLOWING SECTION CONTAINS GOOGLE PHOTOS FROM THE MOVIE AND THEATRICAL VERSIONS OF CABARET. THEY ARE OFFENSIVE. BUT THE FOLLOWING IS WHAT THE CHILDREN IN LOVE, SIMON ARE TO BE IMITATING ON STAGE. CHILDREN!!!:

Cabaret is set in Germany just before World War II breaks out. It takes place primarily in a seedy bar and dance hall from which the movie takes its name. The lead is Sally Bowles who sings about her life of promiscuity ("Mein Herr") and lives it. 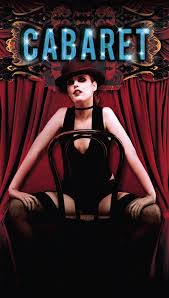 She sleeps randomly with men and during the course of the play "hooks up" with Brian, a bisexual who also, during his relationship with Sally, has sex with another man and impregnates Sally. (Brian’s a busy boy.) To his credit, Brian wants their child but Sally doesn’t so has an abortion. This ends their relationship (no surprise) and she finishes up the musical singing about life being a cabaret. During the play there is a number where a 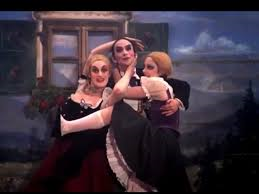 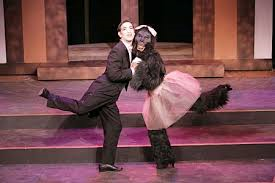 a song and dance about a man in love with a Gorilla ("If you could see her through my eyes") where the punchline is "She wouldn’t look Jewish at all" – a double punch of bestiality and anti-Semitism. 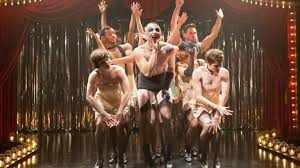 And in the musical there is a LOT of sexually suggestive 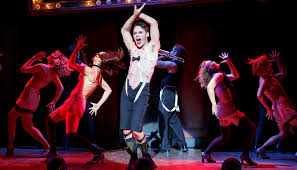 Fosse-dancing of scantily clad women and men. These are not the only unsavory parts of the movie but they are certainly highlights.

Regardless that the original intent of the movie was to demonstrate the degenerate disintegration of German society in tandem with the rise of Nazism, there IS no way to clean this musical up to be appropriate for children to watch much less perform. And THIS, Cabaret, is what the scriptwriter and director chose for a group of HIGH SCHOOLERS to perform, in public, to memorize, to repeat over and over as they rehearse, and then to act out in front of their family and community…..That alone is the lionizing of child – sexual exploitation.

It appears from photos on Google from the movie Love, Simon that the children in the movie did, in fact, act out these sexually explicit scenes.

This alone tips the hand of intent 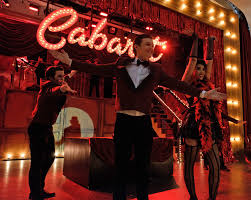 of the pedophiliac sexual objectification prevalent in Love, Simon.

There is also a montage in which Simon fantasizes that straight kids have to "come out" to their parents. This montage is not challenged. There is no one and nothing in the movie to point out the obvious – that a child coming "out" as straight to the negative reaction of their parents would be the equivalent of a child "revealing" to his parents that they have: normal eyesight, made the honor roll, or do not have juvenile diabetes and having their parents react negatively. Like the reverse of that stupid Geico commercial about people who enjoy sitting on gum or walking into a glass door.

Regardless whether you believe homosexuality is a genetic or learned behavior, only the most deeply entrenched in blindly held propaganda would deny that homosexuality is a biologic disadvantage – never mind the medical, emotional, social, and spiritual repercussions. But logic has nothing to do with anything involved in this movie – only objectification of the children in various sexual connotations. 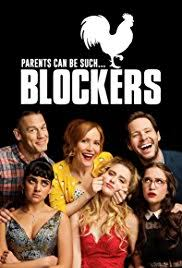 And now soon to arrive on the scene is C***blockers. Can’t even put the full name of the movie in this blog in good conscience. 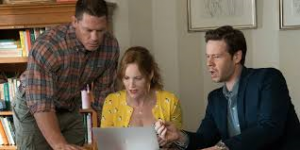 The premise, according to the trailers, is a group of parents, 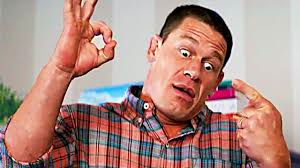 after translating emojis left on their daughter’s laptop, correctly figure out that their children plan to have sex on prom night. Simple solution: mom and dad go with them to the prom or they don’t go. Problem solved.

Do they do this? No, of course not. 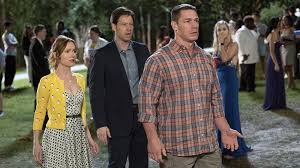 Then there would be no opportunity to: show parents as incompetent boobs, 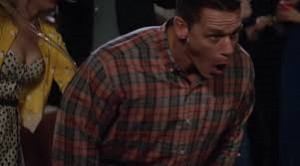 have one of the fathers engage with one of the high school boys in a colonoscopy style beer chugging contest, 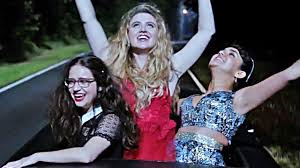 These movies are all designed like a pedophile's dream and every one of the people in these movies should be arrested for sexual exploitation of juveniles. While the kids in the first two movies, Call Me and Simon were, and this is small consolation, JUST 21 when the movies were made, portraying a child who performs sex acts even if you are not in fact a child is still a demonstration of pedophilia. And it seems to me that the film makers knew darned well that what they were doing WAS pedophilia or they would have not chosen the age of the actors so carefully. Had they genuinely thought what they were doing was wholesome they could have hired underaged performers.

The third movie, Blockers, interestingly does not post the age of the teen actors on us.imdb.com. I suspect THEY think they can get away with underaged sexuality because it is a "comedy".

So there we have it – examples of explicit pedophilia, sexual objectification of children and the advocacy of sexual promiscuity amongst children!!

Arriving just in time for Easter.

It is a frustrating and disgusting phenomenon that this kind of debauchery – even against children – can masquerade as entertainment with impunity. Despite the romantic implications of the names of the first two films – Call Me by Your Name and Love, Simon, and the pretend to comedy of the third – Blockers, to paraphrase Mae West, a jaded performer who likely would have been horrified at the proceedings of these movies – Love and humor had nuthin' to do with it, dearie. 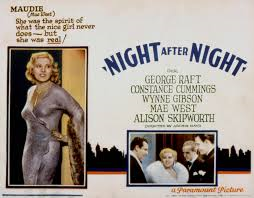 If you do, don’t say you weren’t warned.

32 thoughts on “TRIFECTA OF CHILD PORNOGRAPHY – CALL ME BY YOUR NAME, LOVE, SIMON AND ****BLOCKERS”