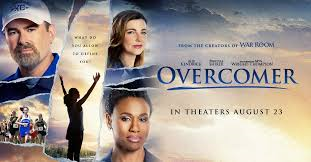 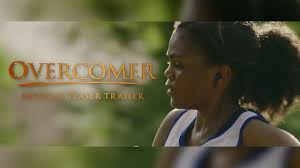 Another beautiful, faith-based, entertaining and inspiring movie from the Kendrick brothers, this one about cross-country running as an analogy for the search for faith as various members of a community deal with an unexpected economic catastrophe.

EVERYONE – though young children might become restless without talking animals or flying spaceships. 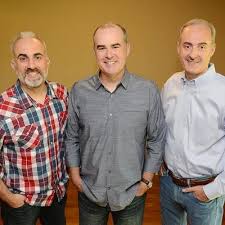 The Kendrick brothers have a gift for making profound theological points using the most ordinary of human experiences. Much like the way an itinerant preacher some 2000 years ago 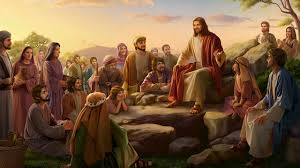 Who taught using parables about those things with which his flock was most familiar: sheep, olive trees, pearls and wedding feasts, wine skins and goats, oil lamps and fishing, the Kendricks have followed the example of Jesus in more ways than one.

Their first offering to a spiritually starving world was 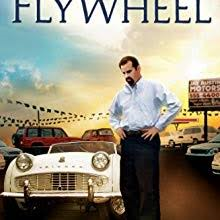 Intended originally as a cinematic lesson only for their congregation, the indie movie, with its homemade dolly and camera crane, volunteer actors, cars borrowed for 20 minutes, scenes shot in operating businesses, was a very DIY project. (And for any aspiring filmmakers you could learn a lot from their Making of Flywheel Youtube you can see HERE.) But the message and the skill of the storytellers overflowed far beyond their technical weaknesses and it instantly took off, becoming a cinematic sensation amongst the Christian community in such a big way that their profits paid for their next film, Facing the Giants. 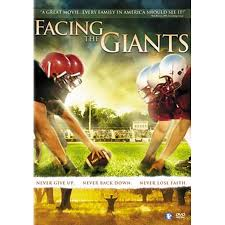 Facing the Giants was about Grant Taylor, a failed football coach who, like Gideon in the Book of Judges, faced overwhelming odds. Gideon, self-described as the most insignificant in the poorest house of Manasseh, is put in charge of the Israelite troops to defeat the massive Midianite army. Both men, Taylor and Gideon, find their wins, as the newly Christ-committed Taylor tells his team, by following the instructions to: “…do the best you can and leave the rest to God,” as well as reminding them: “If we win, we praise Him. And if we lose, we praise Him. Either way we honor Him with our actions and our attitudes.” 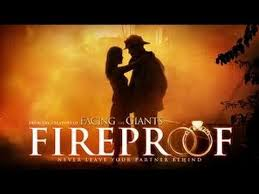 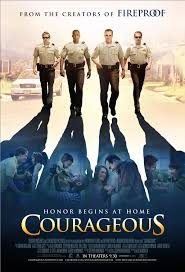 Courageous (my personal favorite) with fatherhood, and 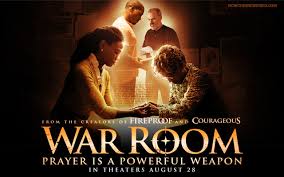 The War Room with the power of personal pray on one’s family.

All the Sherwood films were written and directed by the Kendrick brothers, have won awards, broken box office records even amongst secular audiences, garnered critical acclaim, spun off books written by the Kendrick brothers which have made the New York Times Best Sellers’ lists, and made enough money to allow the brothers to start their own film company, Kendrick Brother Productions. 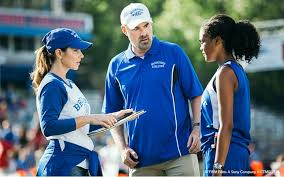 Overcomer, whose titular theme develops from various characters’ struggles, which emerge from lack of faith and who become inextricably intertwined with each other in their journey to find meaning and purpose in their lives.

The acting is excellent and professional standard – no cringy moments that occasionally plague the Christian based movies.

The Kendricks do what many Christian film makers can not manage – while they are as open about their message as Thornton Wilder, they never forget that for a film to be successful, in whatever genre, it must entertain. They remember that honey is a far better attractant than vinegar and always have a moving, engaging, often funny, always inspiring, and occasionally heart wrenching story to tell. 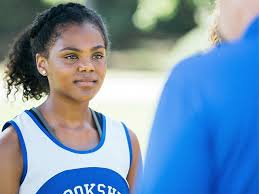 The central character is Hannah Scott, (played by newcomer Aryn Wright-Thompson), an aspiring cross country runner who must overcome both physical and familial challenges.

Like Kenneth Branagh, the Kendricks smartly use many of the same acting troupe from previous cinematic enterprises (including a dozen cast and crew whose last name is Kendrick) as well as new faces. Alex Kendrick (All the Sherwood films as well as other Christian based movies) again leads, this time as John Harrison, the coach and lynchpin of the several sub-plots in Overcomer. 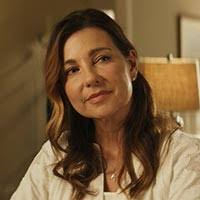 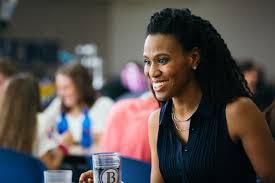 Priscilla Shirer (War Room and I Can Only Imagine – see my previous review HERE) is the school principal and another point of intersection for the interwoven subplots.

The Kendricks choose their new faces wisely and carefully. 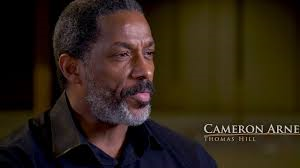 Cameron Arnett plays Thomas Hill in a compelling performance, all the more impressive as it is done without making eye contact or moving from a bed. Arnett’s real life is an example of inspiration as well. A true moral hero, he renounced a rising career and lost everything when he refused to appear nude, even refusing the studio’s offer of a body double compromise. Like a modern day Eleazar, the God fearing and upright faith-filled elderly Jew in Maccabees who chose death rather than even pretending to do what he was forbidden in the sight of God, Arnett feared he might lead others to emulate him even if the nude was not him. Arnett thought his acting career over until he found the faith based film industry, or rather, it found him. 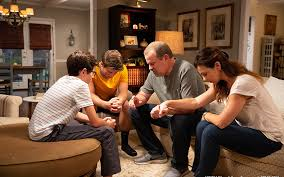 As in other Kendricks’ movies, there are really no “bad guys” per se, the struggles come from their own inner demons and flaws, rather than outer space aliens or megalomaniacal super villains, making the stories the Kendricks spin all the more immediately relatable to us mere mortals. 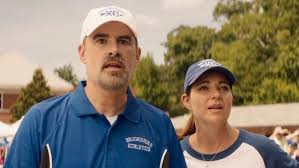 The Kendricks know how to make good use of their resources. Flywheel’s budget in 2003 was an astonishingly tiny $20,000. (And no, I didn’t miss a zero.) Their $5 million budget for Overcomer, is almost the total of the budgets of all the previous movies put together and every penny shows in their ever rising benchmark of excellent production quality. The cinematography startles with the opening drone uncut shot beginning far over head, focusing on a city, then a building, flying through a high gym window down to the floor of a court during the last few minutes of a championship basketball game. This production group has come a long way from camera dollies cobbled together from rollers and an auto “creeper” on glued together PVC pipe.

The music is inspiring and mostly made of songs from Christian artists like, among others: Casting Crowns, Mandisa and Paul Mills. 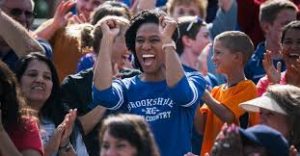 And it is with profound relief I can assure you of the family friendly nature of  this, as well as all their other films. The only caution I would give for ANY of the Kendrick movies is the intensity of the inherent nature of the subjects they tackle: marital infidelity, sudden death, unemployment and the confrontation of many other kinds of evil which emerge from our human sinfulness. But no violence is gratuitous, language will never treat blasphemy casually, or plots ever condone any form of licentious behavior. The main characters are as normally flawed as the audience who attends but are also as fundamentally decent and kind, just people trying to tend to their loved ones the best way they know how, but whose search for fulfillment will open a path to God.

So go see Overcomer. Of the film offerings available Overcomer comes in way ahead of the pack. Bring your kids, your pastor, your grandmother, your priest, your first date, your spouse, your best friend, or your drinking buddy. Like any good sermon, there’s something there which will reach everyone who listens. 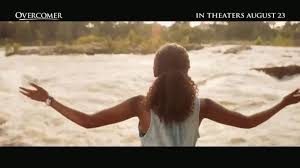