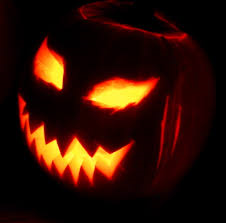 A list, gleaned with the help of some of my friends and family, of filmed entertainments to help heap on the horror at Halloween.

Depends on the entertainment and the kid in question, but pretty much everything on this list is for a minimum of mid-teens and up, except for the two I mention at the bottom for the younger set, but EVEN THEN, as always, parents, use discretion – see them first AND WITH your child.

This year I decided to do an informal survey – VERY informal – of my husband, children and a few friends, for what they thought were the scariest movies at the time they saw them. Didn’t matter whether they still thought them scary now or not – just that they remembered the film as being the scariest thing they had ever seen at the time. I asked each to pick two.

Below find the runners up in alphabetical order followed by my personal recommendations at the end.

So – as Richard Dawson used to say during Family Feud: Survey SAYS!!

Alien – this one not only happens to be at the top of the alphabetical list but was chosen by the most people. This 1979 hit is the FIRST in what has since become a major franchise – the spaceship Nostromo, which turned into a haunted house/people trapped in a slasher movie – the original with chest-burst John Hurt and the first time we ever saw the multi-serried teeth, accordian-jawed , acid blood, armored killer. I was so scared during the scene when Harry Dean Stanton gets a “close encounter” with the full grown version that I remember thinking – “This is no longer fun. I am so scared it is painful.” I couldn’t face even the thought of it until Aliens came out 7 years later. 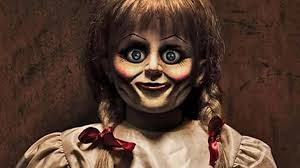 Annabelle – a demon doll, in search of  souls to possess, stalks an innocent unsuspecting family. There are few things more frightening than dolls, created to provide gentle entertainment and comfort to children, portrayed as vessels of demonic evil. 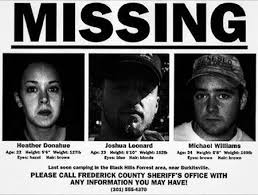 The Blair Witch Project – gotta tell you, this “founder” of the “found footage” movies scared the living daylights out of me. I remember telling my husband as we watched it at home on a TV screen: “Honey, the lights are on, and you’re in the room, and I KNOW this is only a movie but this thing is scaring me spitless!” (Probably the fact I’m afraid of camping at night to begin with contributed mightily to my reaction.) I had to actually look up the actors and assure myself they were cast in movies after this one before I was convinced it was just a hoax. 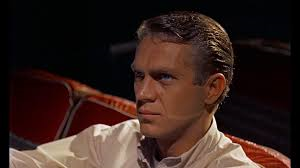 The Blob – (the original, not the extremely bad 1988 remake) while very dated, is a 1958 classic which still holds up in the gut-wrenching suspense category, in no small part due to the acting talents of Steve McQueen in one of his very first films, and a very simple concept simply, and VERY effectively, expressed. A small — well, blob — lands on Earth via meteorite in a small town. When examined by an unwary but curious passer-by he is slowly and painfully absorbed, but not before the poor Ground Zero victim gets to a doctor who is more quickly overpowered by the now far larger mass. Mindless, voracious, completely silent, and able to creep through screen doors, window cracks, up trees, into gutters, it takes very little special effects to get you picking up your feet and jumping at the slightest touch from something that brushes against you in the dark. 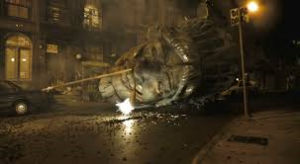 Cloverfield – saw this one in the middle of the night, in a hotel room, after a long drive. Where most monster- disaster movies are shown from the view of the heroes who will eventually overcome the beasts, Cloverfield is seen from the point of view of poor schmucks who, like Rosencrantz and Gildenstern in Hamlet, do not know what is going on or why, but end up suffering the consequences of the catastrophe going on around them. Also the first “found footage” movie since The Blair Witch Project and the first “found footage” sci fi. 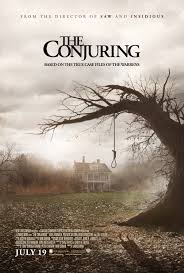 The Conjuring – another evil spirit terrorizing a family, this time the manifestation is of a woman named Bathsheba, who committed suicide as part of a Satanic cult ritual. Loosely connected to the above mentioned movie Annabelle, as the demonologists sought for help are the same who fought the demon doll. 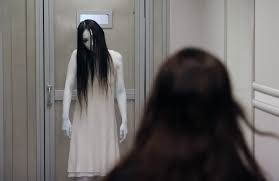 The Grudge – a curse in the form of an entity, born of someone who dies in the grip of rage or extreme sorrow, which , by its nature, is repeated in a terrible endless cycle of inescapable grisly deaths. 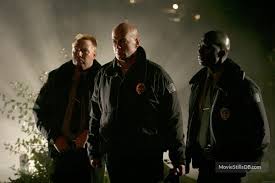 Hostage – deals with the scariest monster of all – a human. The only one on the list which has no supernatural terrors or science fiction horrors and is therefore the most deeply disturbing, for the simple reason that people like the psychotic kidnapper Mars actually exist. 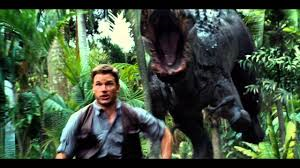 Jurassic World – dinosaurs escape their confines at a theme park. Imagine, (to loosely paraphrase Ian Malcolm, Jeff Goldblum’s character from the first Jurassic movie), if the critters at a Disney zoo got out to snack on the tourists. 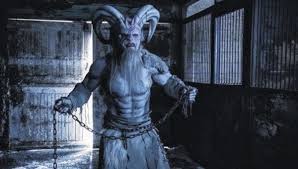 Krampus – Drag me to Hell meets Gremlins set during Christmas. 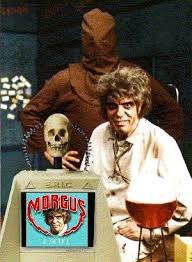 Morgus’ assistant Eric’s signature laugh: Here’s a blast from the past. A local New Orleans TV show featuring a campy mad scientist host for late night horror and B science fiction movies aired on and off from 1959 through 2006 under various monikers, each title having the name “Morgus” somewhere in it. Each half hour Morgus episode was split into roughly 5 minute bits shown with the commercial breaks. During these episodes Morgus tries some crazy experiment – shrinking people, making them invisible, home made nuclear bombs, mind control – which predictably went horribly wrong. By the end of the show Morgus and his mute assistant Chopsley were always unavailable – arrested, running away, blown up, turned to dust, whatever. This left his other assistant Eric – a disembodied skull attached electrically to the top of a TV screen – to bid the audience farewell after the credits rolled on the feature film. The eyeless skull would sign off in closeup every week in an echoy cadaverous voice: “Tune in next week when Morgus the Magnificent takes us into the realm of science. Good night. Pleasant dreams,” then would let go with an ominous evil cackle —- which I never heard because I would cover my ears and run out of the room. Something about that laugh and it wishing me “Pleasant dreams” got to me every time. I mean, I was all of maybe 5 or 6 when I first heard it. I can handle it NOW — really, honest, it’s on Youtube and I don’t run out the room any more – altogether. Maybe just keep my distance a bit, turn down the sound…..For anyone interested in this ultraspoof you can find entire episodes on Youtube HERE. 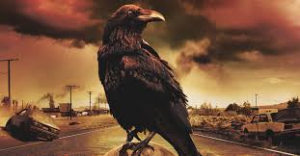 The Stand – Stephen King’s opus as a mini-series about the end of the world — twice – once by a genetically engineered virus with a 999/1000 kill ratio which leaves the world littered with mountainous piles of dead and decaying bodies, then again when the Devil’s own son sets up a totalitarian regime in Las Vegas to come after the survivors’ souls. While I admit the book was far better, the video was not a bad rendition. When tackling a 1,472  page novel (in its uncut form) and given the limitations of the material allowed on TV in 1994, even 361 minutes was not nearly enough time to do the best work of Stephen King justice. Nonetheless, the very concept will give you significant nightmares. It does not hurt that Gary Sinise and Ed Harris lend their talents to this abridged effort. 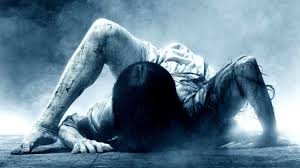 The Ring – grisly frightening movie about a cursed DVD which sends a ghoul to crawl right out of the screen to kill you. Talk about too much TV being BAD for you!! 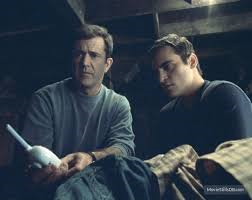 Signs – Joaquin Phoenix and Mel Gibson as brothers trying to defend their children/nephew/niece in a science fiction horror movie about a family trapped on a farm house in the middle of a corn field in a War of the Worlds-type scenario . If you can ignore some of the preposterous plot points, it’s a fun way to get the pants scared off of you. 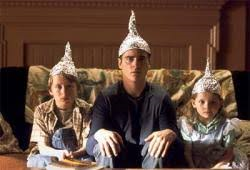 Blends humor and suspense in equal measures and one of Shyamalan’s better works.

TO TERRIFY OLDER TEENS AND UP: 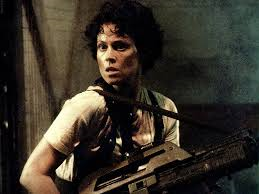 Aliens – the sequel to Alien, only this time it’s space marines facing down an entire swarm of Alien critters made from a harvest of unwary human colonists. This well written script expands on the “haunted house” theme in the first venture to provide a thoughtful commentary on two extreme faces of motherhood as 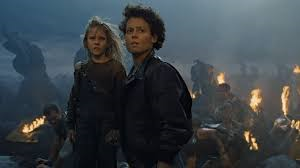 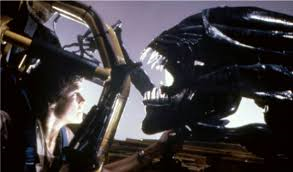 Queen Mother of all Aliens face off to defend their own in a show down which will grab you with visceral ferocity. 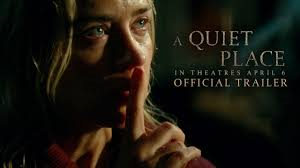 A Quiet Place – this movie will disturb your dreams forever. The most thoughtful, well written and well acted terrifying movie I have ever seen. Humanity is stalked by critters, from where we know not, faster than a cheetah, which will rip you to literal shreds if they hear you make the slightest sound. 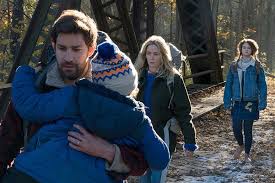 We follow a family, one of the lone surviving groups, who have learned the art of silence through their use of sign language with their deaf daughter. 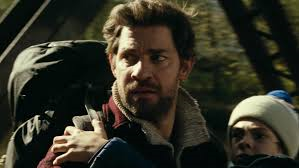 The brilliance is not just in the execution (if you’ll excuse the grisly pun) but in the layers of meaning in the story which can be seen as a strictly horror flick, 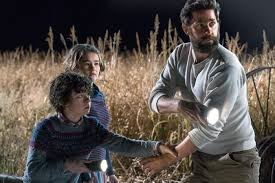 as an analogy for the terrors of raising children in a dangerous world (SEE MY REVIEW HERE) or even,

as Bishop Barron noted in his review HERE, a modern myth representing the entire Bible from Genesis to Revelation.

FOR THE OLDER CROWD WHO LIKE TO ALTERNATE LAUGHS WITH THEIR SCREAMS: 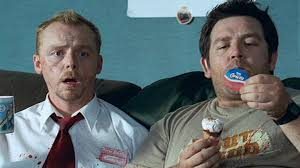 Shaun of the Dead – Simon Pegg’s parody-homage to zombie movies. Funny for adults, but – word of advice – don’t show it to your kids thinking they will find it as funny as you will. (Kind of why it made the list for some of our now grown surveyors – but that’s OK – that’s what therapy funds are for – oops.) 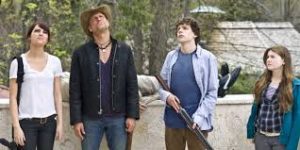 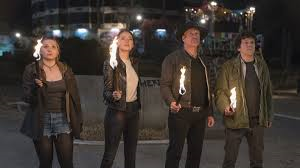 Zombieland – Parts 1 and 2 which (once Part 2 leaves the theater and gets on DVD) could be shown back to back as one movie. (SEE MY REVIEW HERE) A grotesquely funny flick, which turns the genre on its ear with an ersatz family of survivors in a post-zombie apocalypse, who approach killing the brain hungry undead with the joie de vivre of extreme sports enthusiasts.

FOR KIDS OF ALL AGES: 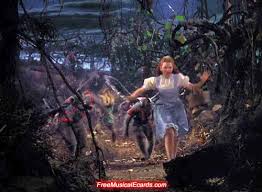 The Wizard of Oz – the flying monkeys will get you every time. Classic story with a timeless message of a girl who gets what she wants, to run away from her troubles, only to find out that “There’s no place like home.” 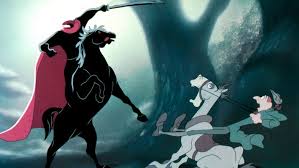 Disney’s delightful animated Legend of Sleepy Hollow – (not to be confused with the very weird feature length live action with Johnny Depp) based upon the Washington Irving short story of a gangly school teacher who moves to a new town which hosts a frightening legend in the form of a headless horseman.

So there we have it – from winged monkeys and dinosaurs to demons and a garden variety psychopath, these are movies which scare me and mine and some of our friends, in some cases have done for decades.

So – Tune in again when I will take you to the realm of movie mavin-ness. Good night…Pleasant dreams. Muhohahahahahahaha.