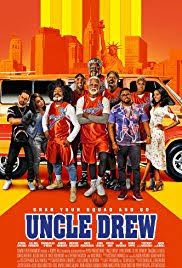 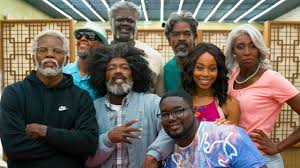 Charming and gentle, entertaining, though formulaic, sports comedy about the value of family and respect for an elderly generation with much to teach, set on the basketball court.

Young teens and up, or anyone with a lively enthusiasm for basketball, as long as parents go with them to caution against the good natured smack talk and the fact one of the protagonists begins the movie living with his very unpleasant girlfriend. 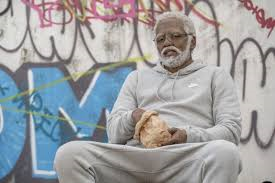 My expectations were not high for Uncle Drew. After all, it was based upon a series of Pepsi advertisements masquerading as faux infomercials about an elderly retired basketball player who goes to different street courts to surprise the neighborhood kids with his skilled prowess and spread his sage advice on the game. 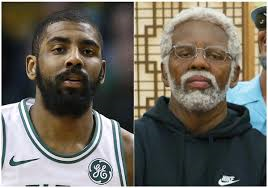 The fact that the elderly man is actually a young active professional ball player in prosthetic makeup makes the shorts seem more like Candid Camera stunts than any legitimate effort to convey life experience advice to a younger generation of basketball players.

However, in approaching the movie, Uncle Drew, I felt there was a glimmer of hope, as the entire Pirates of the Caribbean franchise was created with checkerboard success from the ephemeral beginnings of a singular feature in a Disney theme park ride. But, then again, I was also aware of the pathetic sequel failures Disney has milked out of that dying series.

So it was much to my surprise that I discovered Uncle Drew is a lovely, charming, entertaining, fairly family friendly movie for  teens and up, directed by Charles Stone, thoughtfully written, acted to the best of the performers' abilities, and espousing a number of admirable virtues. The Pepsi commercials were written by Kyrie Irving but the screenplay was written by Jay Longino who does an excellent job of creatng a smart and warm story.

The premise of Uncle Drew concerns

Dax (Lil Rey Howery who steals the show in both Get Out and Tag), an enthusiastic, and overly optimistic, coach of a street basketball team, who spends his life savings outfitting and entering his team, Harlem's Money, into the Rucker Park Tournament, a tournament now known as the Entertainer's Basketball Classic. The prize money is $100,000 but Dax is more concerned about proving his worth in the game he loves but doesn't feel worthy to play. His long time rival, Mookie (Nick Kroll), steals both his team and 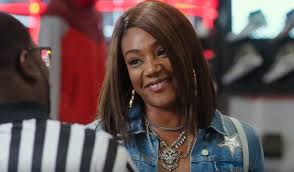 his mercenary girlfriend out from under him. 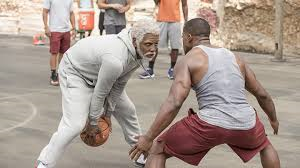 Uncle Drew, an elderly but skilled basketball player, on a court during a one-on-one challenge with a young player in an effort to teach this younger generation how basketball should be played. Dax prevails upon/begs Drew to play for him. Drew agrees on the condition that he can choose his own teammates. Dax and Drew proceed to travel around the country in his formerly hippie van picking up his old teammates. The first is 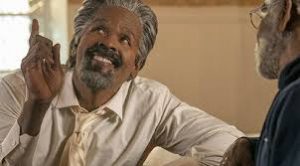 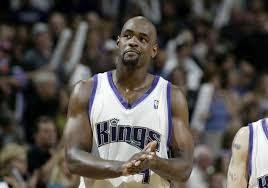 Preacher (Chris Webber), aptly named and married to a woman, 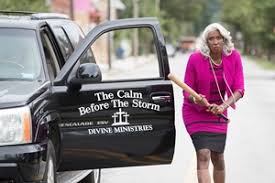 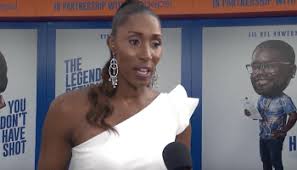 Betty Lou (Lisa Leslie), who does not wish him to return to the court.

Without giving any spoilers here, the scene during the baptism is worth the price of admission alone. And, of course, Preacher, goes anyway. 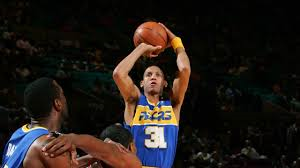 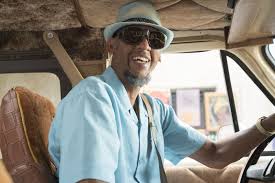 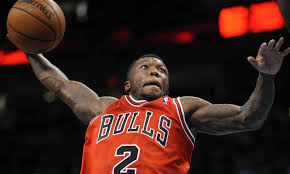 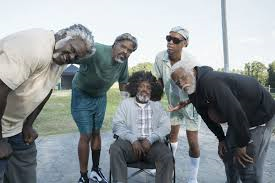 Boots (Nate Robinson) is at first confined to a wheelchair. The last is 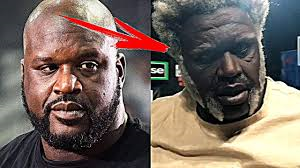 Big Fella (the one the only Shaquille O'Neal) a karate teacher with a grudge against Uncle Drew which will serve as a plot point later in the movie.

Acting as counterpoint to his former girlfriend is

Maya (Erica Ash), the granddaughter of Boots who tags along as a gentle and caring companion for her grandfather.

The rest of the movie is a pretty standard, formulaic sports movie of an underdog entering an important competition, 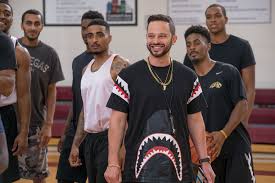 confronting old rivals, resolving past conflicts, improving themselves, and becoming more than the sum of their parts or their surface appearance.

This does not take away from the fact that the movie is quite funny, and features opportunities to demonstrate forgiveness, repentance and taking responsibility for sins even when the offenses are decades-old, loyalty, altruism, respect  and appreciation not only for what the elderly can teach us, but for their past experiences and accomplishments, familial bonds, and kindness. 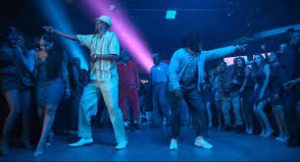 There is even a very cute dance off – 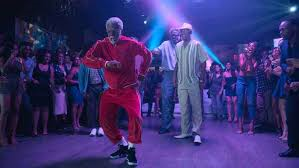 believably pulled off as 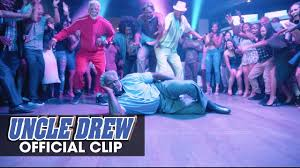 older men by these young athletes. 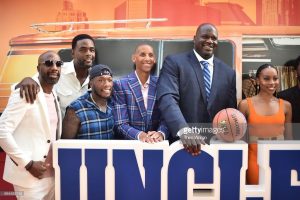 I especially want to note the effort and lengths these young men go to, to portray older men. The acting, while not especially subtle, was obviously taken quite seriously by these basketball players. 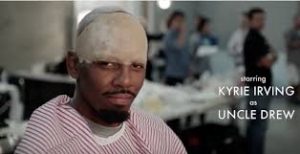 All took great pains with the makeup and to 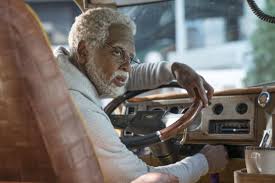 genuinely convey with dignity and understanding the challenges that elderly people often face physically and emotionally. For example, I read that Nate Robinson, who performed Boots, and who went throughout the first half of the movie as mute and almost immobile, is himself normally an extremely high energy and active person. He portrayed, quite effectively and convincingly, a man who had almost given up on life and himself, 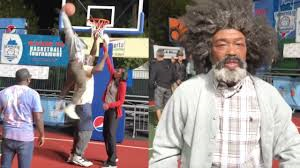 until he has the opportunity to work again with friends and do what he loves best.

I also admired the care and detail with which Mr. Irving portrayed his Uncle Drew. 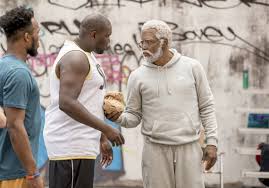 Irving, as Uncle Drew, moved convincingly, with the painful care, and conveyed the slow, cautious steps, affected gestures, and challenged movements of an elderly person. The warm ups on the court, as these older men become inspired once again to engage in the game they all love so much, and to watch them slowly blossom on the court, was both believable and inspiring.

Uncle Drew is a credit to its sports genre, and 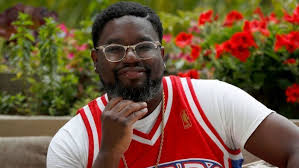 exemplifies the best of what that kind of movie can be and teach in a light-hearted, 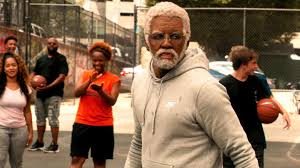 My cautions about a minimum age or parent-attended audience, comes primarily from the the fact that the main character lives with his girlfriend instead of being married, and the language, which is really just good-natured smack talk between elderly close friends and former teammates, who chide and tease each other about intimate behaviors.

As always, use parental discretion for younger teens, but if I had a child who was especially fond of basketball, I would accompany them with plans to admonish them about language use, and explain that living together without marriage is wrong and a sin. 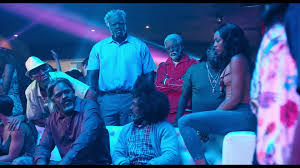 Otherwise, Uncle Drew is a delightful little film with a lot to commend it, and keeping the provisos in mind, I would definitely endorse it. Pepsi, you did good.