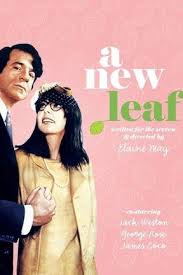 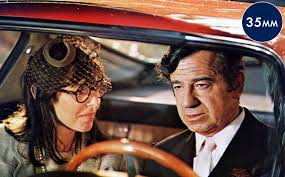 Classic dark comedy of a destitute playboy who plans to marry  wealthy and then…murder.

While there is little profanity and no sex, the topics of living desolutely and planning homicide are somewhat unseemly for children, though, with parental discretion, perhaps younger teens.

I would venture to say that none of you have ever heard of the movie A New Leaf. Penned, directed and starring Elaine May, co-starring the iconic Walter Matthau, this is a small budget film made in 1971 based upon the short story, The Green Heart, by Jack Ritchie. 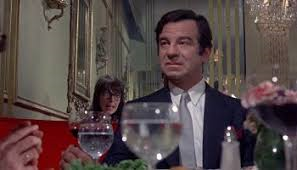 The protagonist, Henry Graham, (Matthau) is a self-absorbed, self-indulgent aristocratic heir who runs through his family fortune until, in his late thirties, finds himself without friends or fortune. 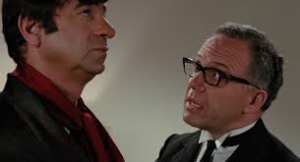 There is only one person in the world who cares anything about him, Harold (the delightful singer and Shakespearean theatrical actor, George Rose), Henry’s valet, who sums up the basis for his loyalty to Henry in this one speech: “How many men these days require the services of a gentleman’s gentleman? How many men have your devotion to form, sir? You have managed, in your own lifetime Mr. Graham, to keep alive traditions that were dead before you were born.” 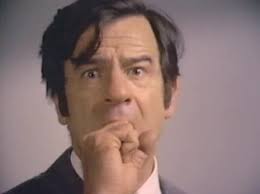 Henry quickly realizes that, for him, there are only two options: suicide…………….or marrying rich. With Harold’s aide Henry embarks on a quest to find a rich widow or single heiress who would be tolerable to his refined tastes and isolated ways. He soon discovers that while there are MANY candidates, he can’t stand any of them…until he finds the least suitable one of all. 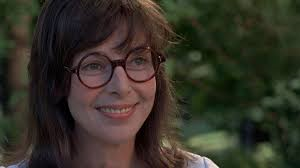 An extremely wealthy but ugliest of ugly ducklings, Henrietta Lowell (Elaine May – also the author and director of this brilliant story) is shy, socially awkward, clumsy, naive, and gullible. She is everything Henry would NOT want in a mate… aside from the money. 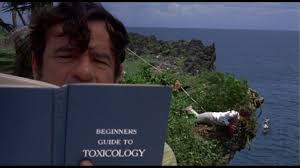 However, it suddenly occurs to him, she would be quite easy to —— murder.

So begins the courtship and honey-murder, I mean —moon of one of the most charming little comedies I have ever seen.

It is ultimately a film about the power of love, redemption and poetic justice, but told in the singularly most UN-conventional and UN-sentimental way I have ever seen demonstrated.

I REALLY am not going to spoil this one for you. You can now find it on Amazon HERE.

I recommend this movie as one of my all time favorites. As I mentioned before,  A New Leaf COULD be appropriate, with parental supervision, for young teens, and worth the trouble given the moral and theme of the story. Henry is quite chaste. There is very little profanity and no sex. 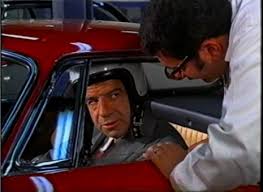 Henry’s SOLE vice is avarice. The only questionable moment is when one socialite attempts to seduce him and Henry, in a breathtaking moment of humor, literally runs screaming from her. 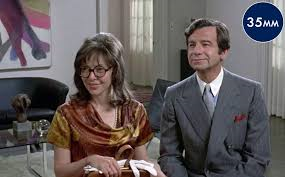 Elaine May is perfectly terrific as the totally INcapable Henrietta Lowell. Vulnerable, dependent, socially oblivious and educated to the point of being a blithering idiot in everything except her one field of interest – botony – May creates a child-like character who is both endearing and extremely annoying at the same time. 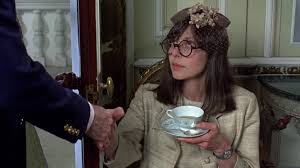 You come to understand why Henry would consider killing her yet dread her disappearance.

May is probably not very familiar. She made her biggest mark with Mike Nichols as half of an improvisational comedy duo and did a good deal of stage work. She was in only about a dozen films, including a teensy part in The Graduate, wrote only 10 screenplays and despite her obvious talent directed only four movies, probably because of her tendency to go way over budget. As an aside, one of her directorial efforts was Ishtar, the biggest and most expensive flop in history at that time.

But she did manage to produce this beautiful blossom of a movie. And that, alone, should be enough to decide on… A New Leaf. 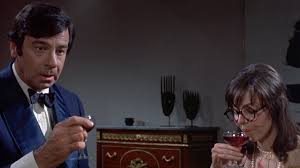