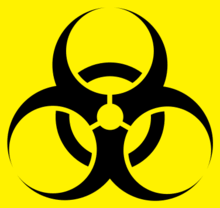 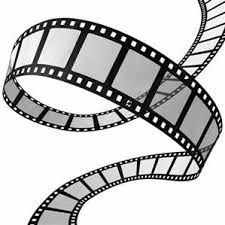 AUDIO PODCAST OPTION FOR MY ARTICLE: “WHAT TO WATCH WHILE WEATHERING THE WUHAN”

BEFORE WE START – GO WASH YOUR HANDS!!!

Then – I offer you two thoughts.

#1 Whenever faced with an anxiety provoking situation I ask myself: What’s the worse thing that could happen? The answer usually does not warrant my initial visceral knee jerk to whatever the problem at hand is, and it makes me realize I’m overreacting. In short – I tend to be a worry wart and freak out if I let my emotions get the better of me. 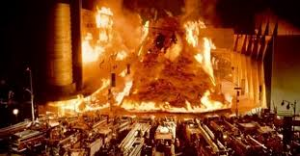 #2 Disaster movies are great fun for a number of reasons. (READ Cataclysm as Marital Therapy). But the most relevant reason for this article is: perspective. 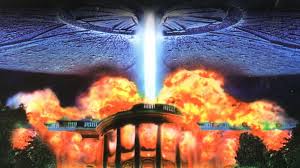 Having to grit your teeth through another boring meeting at work seems like a paid holiday if you remember you don’t have genocidal aliens hovering in mile wide spaceships over your building waiting for the right moment to incinerate you (“Time’s up” Independence Day). 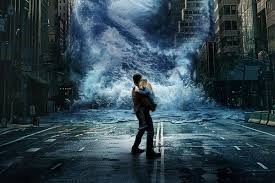 Dealing with a flat tire isn’t so bad when you note you can do it while making all the noise you want without fear of attracting killer monsters (A Quiet Place). 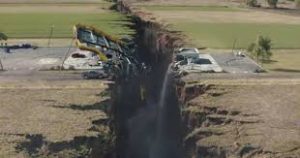 Watching a disaster movie can help one embrace the philosophy: “I felt sorry for myself because I had no shoes until I met a man who had no feet.”

So given these two thoughts and while we’re all being denied: church services, sporting events, movie theaters, parties, festivals, and hugs, I give you: 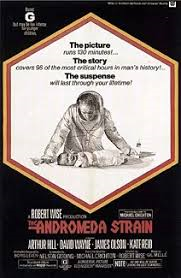 One of my all time favorites. Understated and steeped in extrapolated current science fact, the story, based on the book by Michael Crichton, revolves around, not action heroes, but scientists at the top of their fields who tackle an unknown disease which turns blood to powder in moments. Arthur Hill is Dr. Jeremy Stone, expert bacteriologist and government attache who knows of certain hidden agendas. David Wayne is Charles Dutton, pragmatic and old school pathologist who always reminded me of Dr. McCoy. Kate Reid is Ruth Leavitt, curmudgeonly microbiologist with a secret that could endanger the team’s progress. James Olson is James Hall, slightly geeky surgeon, who you could easily believe spent a lot of his teen years playing Dungeons and Dragons.

These people were no one’s idea of Avengers but worked as a team against time and an extraterrestrial virus which could cause global cataclysm. 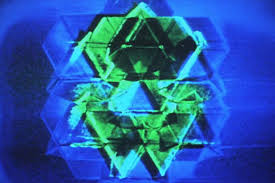 Compared to The Andromeda Strain, the Wuhan is a wimp. 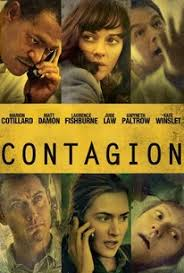 Talk about jumping off today’s headlines! Contagion is a movie by Steven Soderburgh whose structure is much like Paul Haggis’ Crash! with multiple storylines woven, like a crocheted serviette, around a central issue which come together to form a whole picture. 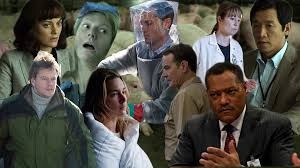 Paltrow is patient zero of a pandemic which has jumped animal DNA from bat to human to become a brain eating, lung congester which kills pretty much every victim we see within 2 days of showing the first flu-like symptoms.

Compared to the bug in Contagion, the Wuhan is a wussy. 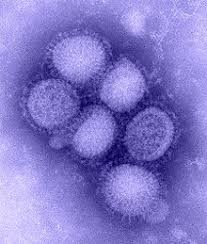 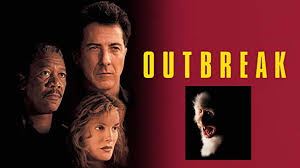 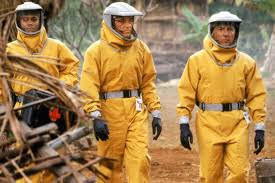 Donald Sutherland (with a list of 194 credits he’s been in everything from the slapstick Start the Revolution Without Me to Pride and Prejudice), and the ubiquitous Morgan Freeman (Batman, Shawshank Redemption, Bruce Almighty) all struggle to contain an Ebola-like virus which originated in an African jungle, but, through a series of mishaps, infects the town of Cedar Creek, CA. Our intrepid heroes are hampered in their effort to find a cure by forces which want to retrieve the virus so they can turn it into a bioweapon and incinerate the infected town, ostensibly to prevent its spread, but in truth to hide their nefarious plans.

Compared to the buggie in Outbreak, the Wuhan is a weakling, with the added fillip that no one is planning to nuke any towns to get rid of it. 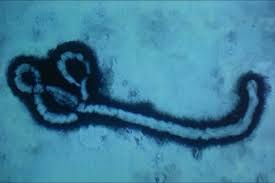 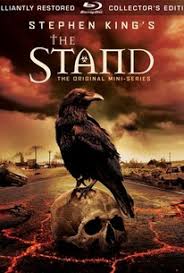 Done as a miniseries, the book was far better BUT, like Contagion, there is a legion of distinguished standards of both large and small screens as well as theater who ensemble their way through this 6 hour and one minute marathon. Look them up on us.imdb.com and enjoy some of these classic actors’ iconic roles: Gary Sinise (Forrest Gump, Apollo 13), Molly Ringwald (The Breakfast Club, Pretty in Pink), Jamey Sheridan (Sully), Lara San Giacomo (Pretty Woman), the multi-talented stage and film legend Ruby Dee (The Jackie Robinson Story, Raisin in the Sun), another legend Ossie Davis (one of the kings of 1950’s and 1960’s American TV shows from Car 54 Where are You? to Night Gallery, plus films ranging from Do the Right Thing to Grumpy Old Men), Matt (Max Headroom) Frewer, Rob Lowe (The Orville, Saint Elmo’s Fire), Ray (My Favorite Martian) Walston, Ed Harris (The Rock, A Beautiful Mind), Kathy Bates (The Blind Side, Richard Jewell).

The Stand also has a unique twist – after the plague has swept through the world and humanity’s remnants are just starting to put their lives and a fledgling new civilization back together, God and the Devil begin a competition for their souls.

The source book, especially, presents a surprisingly complex and extensive examination of extreme medical phenomena, societal structures, theology, and the internal and external struggles every man faces in choosing between good and evil. 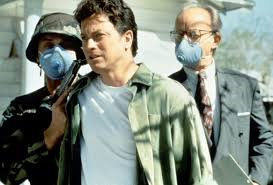 The miniseries begins with an Apocalypse level virus, nicknamed Captain Trips, which wipes out 999 out of every thousand people around the world. In the aftermath, the survivors become the unwilling soldiers in a battle between Hell, represented by Randall Flagg, who sets up shop, appropriately in Las Vegas, NV, and God, represented by Mother Abigail Freemantle, who leads her flock to Boulder, Colorado.

Although the acting is not of uniform quality, many of these veteran character performers, like Sinise, Dee and Davis, shine above the awkwardly truncated story and pedestrian technicals. The soundtrack, by the gifted and prolific Snuffy Walden, has a charming midwestern Americana feel. 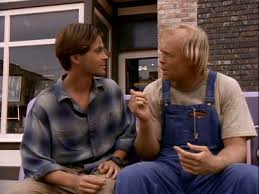 occasionally uses homages to classic literature such as Of Mice and Men.

Compared to Captain Trips, not only is the Wuhan a walk in the park, it’s a stroll you can take without the incarnation of the Devil himself chasing you in cowboy boots.

AND WHILE YOU’RE AT IT — GO WASH YOUR HANDS! 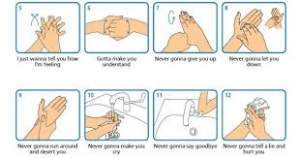 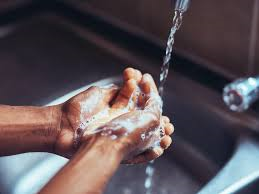