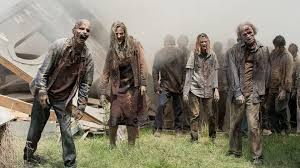 OBVIOUSLY – NONE of these movies are child fare. Gore, violence and profanity are frequently prevalent in these types of movies.

While people the world over freak out, hunker down, start fist fights over toilet paper, refuse to hug, make face masks out of bra cups (I kid you not. I saw it on a Youtube video), crash the stockmarket in panic selling, postpone the release of movies I want to see (Marvel Studios I am TALKING to you!!), and generally act as though this is the end of the world – let me tell you – it’s NOT the end of the world. Biblically speaking if someone says it IS then there is pretty much a guarantee that it is not. The Son of Man has not, to my knowledge, been witnessed coming down from Heaven. And while toilet paper and sliced bread remain as elusive as glimpses of the Yellow Bellied Sap Sucker, you can still buy Heineken Beer and Blue Belle Dutch chocolate ice cream.

As someone who stayed put at Ground Zero in Lake Charles, LA during the CAT 4/5 Hurricane Rita as she landed and through the 10 days aftermath without electricity – read no air conditioning – while we still had 6 kids, a dog and 2 cats under the same roof in 100 plus degree weather, I can safely tell you – this is NOT all that bad.

This is also NOT the zombie apocalypse. I have been SAYING that to calm people down for weeks now, so I think it is about time I make the official comparison. And – as the rest of the world is now HOMESCHOOLING! YAY! Let me take the opportunity to point out a few healthy –

LESSONS TO BE LEARNED FROM A ZOMBIE APOCALYPSE 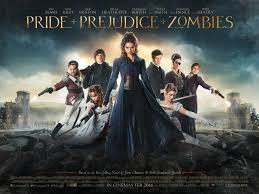 PRIDE AND PREJUDICE AND ZOMBIES

This is the filmed adaptation of the cult popular mashup novel by Seth Grahame-Smith combining Jane Austin with zombies and ninjas. It is an idea so bizarre that, like the first “found footage” The Blair Witch Project or the horror rock opera Phantom of the Paradise, you have to see just to honor the gutsy risk the film makers took. 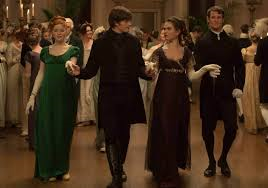 This weirdly satifying outing features a cast American audiences are more likely to recognize than be able to name: Lily James (Cinderella, Yesterday), Sam Riley (both Maleficients), Jack Huston (Angelica’s nephew, John’s grandson and Walter’s great-grandson, appeared in The Irishman, Twilight Saga: Eclipse), Matt Smith (The Eleventh Dr. Who, The Crown), Charles Dance (veteran actor in everything from the Royal Shakespeare Company to Game of Thrones and Godzilla: King of the Monsters). 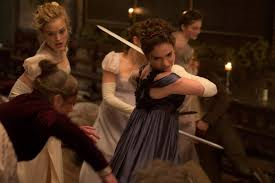 I like this movie for its tongue-in-cheek attitude as it takes itself SO seriously you know the actors are giving you a “wink” without even having to break the fourth wall. It adapts the original P&P tale, keeping all the original witty story of misunderstandings, cross purposed good intentions and haughty indignation while steeping it in a world of zombie threats, reimagining the Bennett girls as skilled Ninjas of the martial arts. I KNOW this sounds weird – because it is – but it is also impossibly appealing.

LESSON: Don’t take your situation, no matter how dire you THINK it is, so seriously you can’t continue engaging in and with the things and people you truly love. 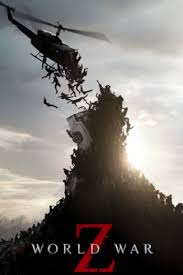 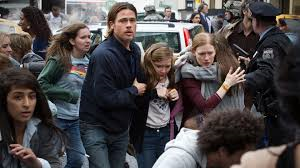 He is caught, with his wife and daughters, in the middle of a crowded Philadelphia when, with no warning, a zombie virus cataclysmically breaks out. It is only his calm analytical mind and experienced quick thinking under extreme stress which give him and his family a chance for survival. 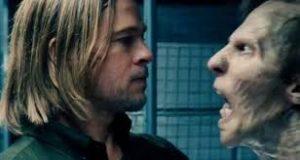 This film appealed to me, not only by showcasing Pitt as a protective father stepping up in the biggest way possible, but because he uses more mind than muscle, more savvy than strength against the implaccable hordes of semi-dead ravenous zombies. AND it ALSO has a small part with Peter Capaldi who BECAME Dr. Who only a few months after World War Z was released, credited as “the WHO Doctor”. (WHO – World Health Organization. Coincidence or extreme cheekiness on the part of the film makers I know not.)

LESSON: THINK before reacting to even the most horrific circumstances. 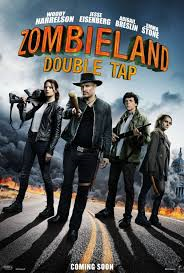 I have never laughed so hard at gore. Please keep in mind I don’t normally like gory slasher movies, or even most zombie movies. But the Zombieland movies are SO over the top it becomes slapstick. 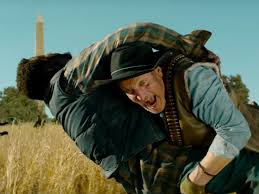 The story is of a group of survivors loosely led by a delightfully cavalier Tallahassee (Woody Harrelson – from the adorably clueless Woody Boyd in the TV show Cheers, to the tragic alcoholic father in The Glass Castle (SEE REVIEW HERE) and everything in between), who disposes of zombies with such panache you can not help but be impressed by his infectious (excuse the pun) enthusiasm. Without spoiling too much, you HAVE to see the brief homage to Deliverance in the first Zombieland movie as Tallahassee takes out a zombie with a banjo. 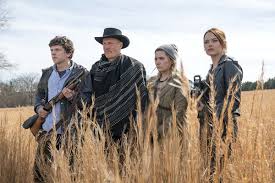 LESSON: Use your natural skills to cope with any crisis, and while you’re at it – be enthusiastic and try to enjoy yourself.

SHAUN OF THE DEAD 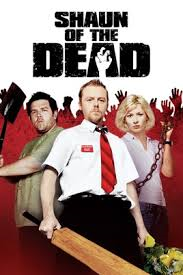 One of the first of its kind, this gem is a parody of zombie movies as only the British can do it – with style and a dark humor pragmatism. SPOILER: For example, in order for Shaun’s group to pass safely through a mass of zombies one of the troupe teaches the rest how to imitate a zombie, by following the movements of a skewered/trapped zombie as though it were a Jazzercise class in a Richard Simmons video. 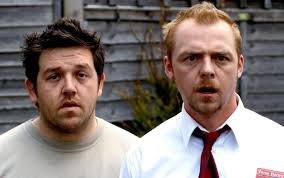 This clever cult film stars Simon Pegg as the titular schlub Shaun, the world’s most unlikely hero. Pegg’s best bud, Nick Frost, portrays Shaun’s best bud, Ed. Kate Ashfield is Shaun’s ex-girlfriend, who Shaun is desperate to save. Bill Nighy (About Time and Dr. Who alum from one of my favorites “Vincent and the Doctor”) is Philip, Shaun’s stepfather with whom Shaun is estranged. Penelope Wilton plays Shaun’s Mom. (Wilton is another Dr. Who alum, portraying Harriet Jones in a number of Dr. Who episodes. Harriet is a recurring character in Dr. Who, whose appearance is, at some point, reliably accompanied by a running gag – Harriet always introduces herself by presenting identification and declaring: “I’m Harriet Jones,” to which everyone else in the show, from Dr. Who himself to Daleks, replies: “Yes, we know who you are”). 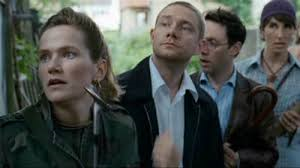 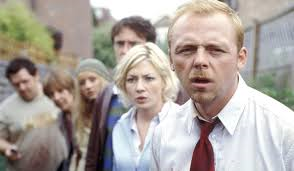 Jessica Hynes aka Stevenson (yet ANOTHER Dr. Who alum from”Human Nature”) is Yvonne, the leader of a group which Shaun’s group briefly encounters, and which bears an uncanny resemblance to Shaun’s ensemble group. Watch for Martin Freeman (our favorite Bilbo/Dr. Watson) in a cameo  as a member of the doppleganger group! 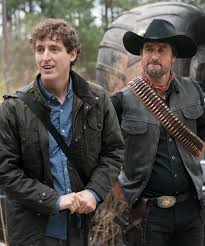 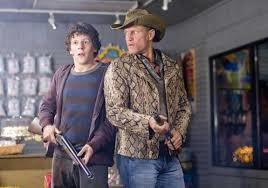 (Note that Zombieland: Double Tap does a homage to the group meets echo group scene in Shaun when Tallahasse and Columbus meet THEIR dopplegangers.)

So – off you go. Immerse yourself in a binge of these Zombie movies. Then: continue doing the things you LOVE, THINK before you respond, find a way to enjoy what you have to do with ENTHUSIASM, and LAUGH!!!

And remember …… even though we still can’t buy toilet paper, at least IT’S NOT THE ZOMBIE APOCALYPSE!