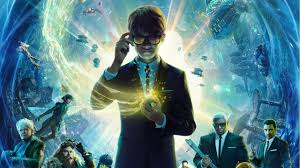 A mish mash, unsuccessful attempt to put Artemis Fowl on screen with a cobbled together plot loosely based on the first three books.

Well, its biggest virtue is that there is NO profanity and NO sexuality. Unfortunately there is also almost NO comprehensible story or relatable characters, EVEN if you’re familiar with the books. So – no harm in watching – aside from a waste of your time.

I saw a sign on a shop. It said: “We can do it fast. We can do a cheap. We can do it high quality. Pick two.” Mulling this over thoroughly while waiting for my order I concluded that was absolutely right.

Similarly, I have found in movies: You can world build. You can develop characters. You can create a complex plot. Given the limited time you have in a single movie – pick two. 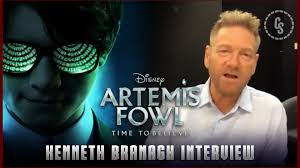 Disney gave director Kenneth Branagh an impossible task by requiring he do all three in a single movie based on three books in the Artemis Fowl series. This not only required world building for anyone who has never read the Artemis Fowl books, of an underground militant fairy folk world and the eponymous human adolescent crime lord attempting to steal from them, but involved a complex series of plot maneuvers and gizmos there was just not enough time to explain.

Something had to give and like too many bowls and not enough soup, everything got watered down to a less than satisfactory presentation. 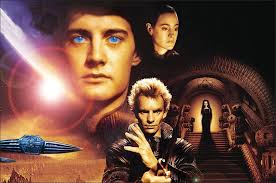 Dune suffered from the same problem – too complex a plot in an world full of unfamiliar customs and politics. Audiences who had not read the books were pretty much left in the dust — or sand worm – you’d have to have read the books to get that one. 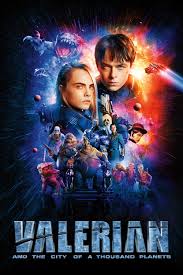 Valerian and the City of a Thousand Planets came close. It was a beautifully constructed complex world, with fairly well done characters and a reasonably straight forward plot – get an item from point A to point B. The characters were interesting but still the film makers got a bit too excited about the visually stunning imagery to give us enough character development to carry the day. 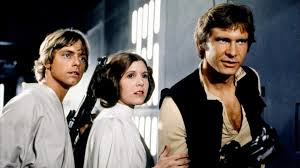 Star Wars nailed it. Simple plot – get plans to rebel base. There was world building with new LOOKING characters but when you boiled it down it was really cowboys versus indians in space. Just substitute rebels for cowboys and storm troopers for indians. There was even a cowboy feel to some of the costuming and attitude 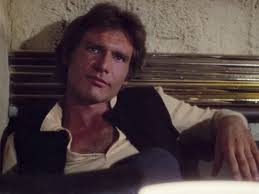 – especially Han’s. The only unique aspect was the Force and that was a fairly simple concept and well covered on the Millenium Falcon by Guiness’ Obi Wan, then repeated gently in enough spots for us to “get it”. So without having to do a lot of expositing all over the audience, there was time to develop the deliciously fun Han, Luke, Leia, C3PO, R2D2, Chewie, and Obi Wan – all got lots of moments to make us love them. 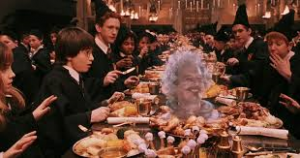 Harry Potter did a great job as well but had the advantage of being almost ubitquitously read by the time the first movie came out, WHICH plot was carefully followed (given the time limits of a movie). The characters were easily accessible – Harry was Oliver Twist. And the images of cauldrons and witches, wands and owls, schools and friends easy to relate to. The plot was simple – keep powerful item away from bad guy.

BUT – Artemis Fowl tried to do it ALL and ended up with NONE of it. 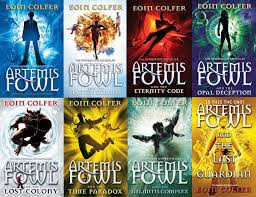 In the BOOKS Artemis is a genius 12 year old criminal mastermind left to his own devices trying to maintain the family criminal business in the wake of his father’s mysterious disappearance and his mother’s untimely descent into madness. He is under the care of a bodyguard named Butler who acts as a substitute paternal figure, protector and teacher.  Artemis’ primary occupation is stealing gold from the heretofore invisible world of fairies. Think of it as Die Hard from Hans Gruber’s POV and an elf in Bruce Willis’ place.

Disney CHANGED the books in an attempt to “sanitize” the story, leaving the fans scrambling to catch up. There was no exploitation of the clever idea that our legends of fairies comes from a REAL hidden world, how they interact with us, the fact that the word leprechaun is actually part acronym for “LEPrecon” Lower Elements Police Reconnaissance. Their world is part magic but part advanced tech – like their wings but no clear definitions, or examination are provided.

In a truly comic stereotyping of Disney movies they actually kill off the mother  rather than bother with a mad one. The father is kidnapped by an evil elf, Opal Koboi 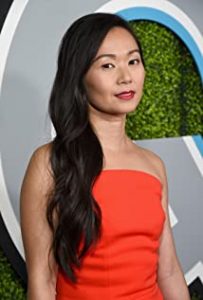 Hong Chau (voiced by an uncredited Hong Chau who was the only bright spot in the dreadful Downsizing) – who isn’t supposed to be a major player until the fourth book, and presented as a hooded figure with an electronically disguised voice. She’s given no background or motive other than her desire for revenge, but for what is never mentioned. Opal is after a powerful orb, the Aculos, invented for the movie, whose features are never really explained. Opal kidnaps Artemis’ father (Colin Farrell) to get Artemis to find it. She threatens to kill Artemis senior but since Artemis’ father is the one who hid it and Artemis doesn’t even know of its existence much less where it is, this doesn’t seem like a good plan.

The rules are not clear on what is and is not allowed for the relations between fairies and people. Examples: An annoying member of the LEPRecon team turns out (surprise) to be a mole for Opal but when the other elves turn on HIM we never find out what happens to him. There’s a time bubble placed over the house which everyone is frantic about when it becomes destabilized. But aside from a few odd bendy special effects we are never given a picture of the dangers. Some moments include fairies needing to be invited into the house but Root (Judi Dench) doesn’t seem to be overly concerned about this and even comments that Artemis can’t fool her. But about what we are never clued in to.

And the acting was just – awful. 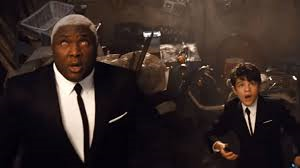 Butler is played by Nonso Anozie, normally a solid performer and a Game of Thrones alum. He gave off more charisma in his teeninsie part as a Captain in Cinderella than he does as this significant supporting character, Butler. Despite claims that his striking blue contacts didn’t bother him, either he or the cinematographer seem handicapped by them as Anozie doesn’t make good eye contact or response with his fellow actors. This may seem a tiny complaint but is just one of the dozens of suspension of disbelief jarring items which burdened this film with unnecessary problems. 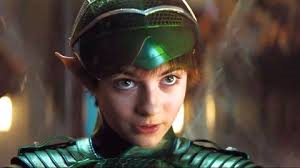 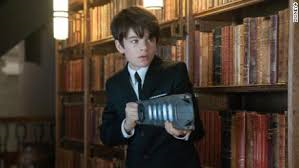 Artemis (Ferdia Shaw, grandson of the esteemed actor Robert Shaw), have, between the two of them, NO significant screen credits. Unfortunately, the same can be said for the chemistry between them. The frenemie relationship between Holly and Artemis is a pivot in the books but is shallow and almost non-existent here. In a development that took three books, the movie transforms them from antagonists to trusted compatriots with the sudden and unearned finesse of a play written by summer-bored teenagers. McDonnell throws energy into her lacklusterly written Short. 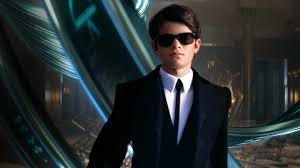 Sadly, and all due respect to his grandfather who I loved as the gruff but loveable Quint in Jaws and through the layered evil of Henry the Eighth in Man for All Seasons, Ferdia is just…not very good. This is entirely the fault of the film makers and not this young man. He’s dull and stiff and should never have been saddled with the responsibility to carry an entire franchise. Sometimes using unknowns works but this was a gamble the film makers lost here big time. 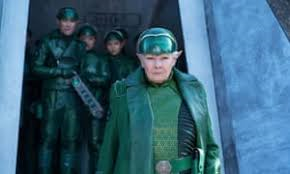 Even the great Dame Judi Dench’s performance as Commander Root seemed “phoned in” as though she was anxious to get out of her uncomfortable costume. 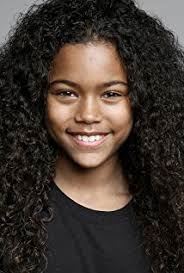 Juliet Butler, played by Tamara Smart, was cute and enthusiastic, but a cookie cutter perky girl who could have been pulled from any of a dozen other Disney movies.

Relationships are rushed, taken for granted and without warmth. The only one with any glimmer to it is between the father and son Fowls and that is credited solely to 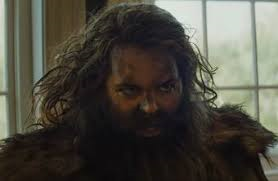 Josh Gad (Beauty and the Beast, Murder on the Orient Express) as Mulch Diggums, the dirt devouring, tunnel building, thief/large dwarf with purchasable and malleable morals and an – interesting – digestive system, was the only who looked like he was having any fun. 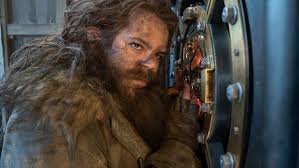 Gad, as Diggums is truly delightful in the irresistibly disgusting role, but in complete contradiction to his sidekick position in the books, 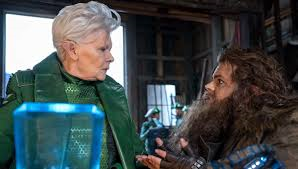 is placed front and center as the C3PO/Horatio character – the one who knows everything and tasked with filling in unprepared viewers with narrative and exposition.

The plot was confusing, the characters wooden and the world of fairies so filled with orbs and unexplained magic and time devices and characters we’ve never seen that unless you’d read the three books on which the script was based — last week – you would be hard pressed to follow. 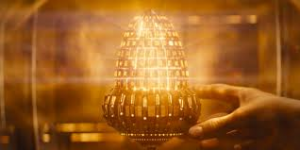 And the Aculos, the item which is sought and fought over through the movie, was invented exclusively for the movie and explained about as much as the golden glow coming from the briefcase in Pulp Fiction – as in not at all. I even looked it up in Wikipedia. Nada. And when you are creating a movie from a series as rich in magical elements as the Artemis Fowl series, adding an element you don’t even bother to explain much less incorporate into the existing storyline is definitely over-egging the pudding. It would be a bit like making a Harry Potter movie, ignoring the elements familiar to the fan core and throwing in a random McGuffin which makes no sense.

The screenplay, such as it is, was written by Conor McPherson and Hamish McColl. 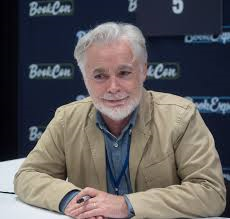 The author, Eoin Colfer, is nowhere in the writing credits, as apparently he either didn’t WANT to do it or didn’t feel he could and doesn’t really seem to care it bears little resemblance to his originally intended story.

This thing was largely a mess – a harmless mess but a mess nonetheless. This rates right down there with Disney’s A Wrinkle in Time, (SEE REVIEW HERE) though at least mercifully without the politically correct agenda. 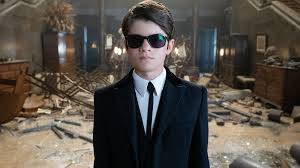