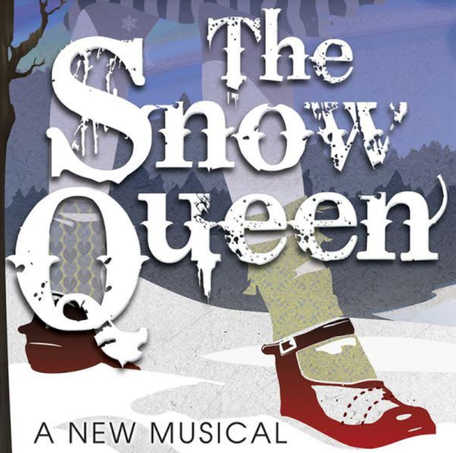 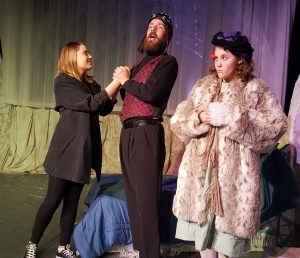 Early to mid teens  and up. Though nothing inappropriate for the younger set, at two hours and with the somewhat erudite themes, story structure, and production, the littler kids might get restless.

The Snow Queen has been produced under many guises: story, play, movie, opera, anime, science fiction novel, video game, radio play, ballet, and several musicals from a multiplicity of countries. This pop/rock musical version, directed by the wonderful and warm 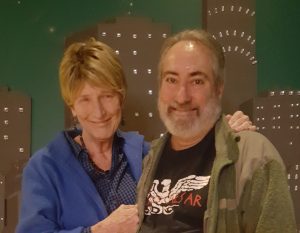 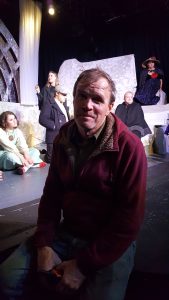 Dan Sadler, without whom the sky might literally fall from the ceiling, is being performed at Lake Charles Little Theatre from February 7 through February 23, 2020, (tickets HERE). This Snow Queen is from a book/stageplay script adaptation by Haddoon Kime with music by Kime, Kirsten Brandt & Rick Lombardo.

Based on the Hans Christian Andersen’s classic The Snow Queen, the tale is spun about a young heroine, Gerda, who endures a long perilous journey to free her neighbor and playmate, Kai, from the enticements of The Snow Queen and the evil spell of the Devil himself.

Many have theorized that The Snow Queen is the story upon which Frozen was based….very loosely………very VERY loosely – though the one in Frozen who needs rescuing is combined with the villain character from Snow Queen, and the one in need of “rescuing” in Frozen is a woman instead of a boy, and the main characters in Frozen are estranged sisters instead of playmates…and the adventures are almost unrecognizable from the source story…and the sister isn’t exactly enchanted but is mostly just having an identity crisis…but if you squint REALLY hard….. 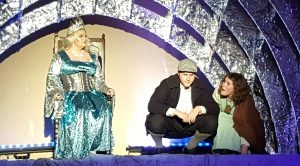 Now, there is a definite echo in the character of the Snow Queen from the White Witch in the Chronicles of Narnia, as both live and thrive in cold and snow, call up enchantments, freeze people and their souls, and seduce their victims with sweets – the Snow Queen with kisses which give a kind of ecstasy, the White Witch with Turkish Delights.

The Little Theatre troupe embraced the challenge of music which is often dissonant and contrapunctal. From the rich harmonies of the ensembles to the counter point duets and the strong solos, all the singers bring great beauty to a variety of styles employed to enhance the mood of the scenes: from 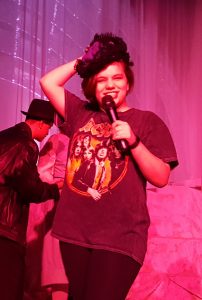 Lily Brady’s hip hop Robber Girl’s “I Want That”, to 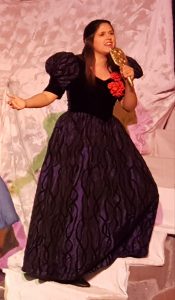 Heather Foreman’s Broadway perk in the Princess’ “Never Give Up”, 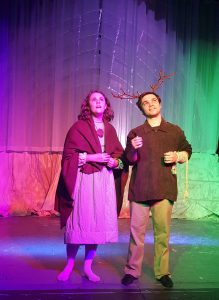 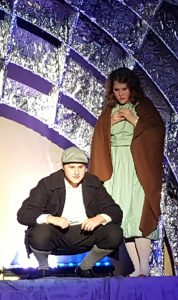 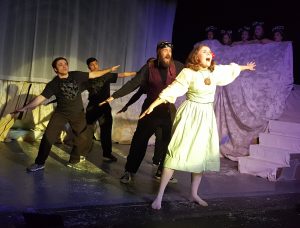 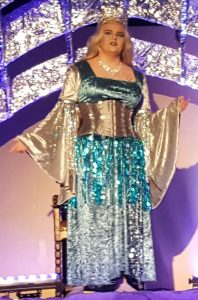 Taylor Novak-Tyler’s Snow Queen’s Phantom-like aria “You Are Mine” – all are performed with the requisite vocal precision and confidence essential to these demanding songs.

The sets are cleverly minimalist – evoking the diverse ranges of: castle, river, cottage, flying in the sky – mostly just with light and sound and singing against a bold multilevel backdrop.

Almost all the cast members do multi duty. 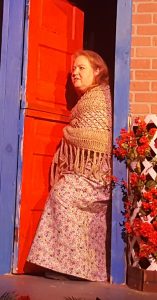 Katie Becton, in real life the mother of Hunter and  Cole plays both the grandmother of Gerda and Kai as well as the Robber Mom. Louis is at turns a Prince, a Troll and a Crow as well as the aforementioned Reindeer. Heather is Princess, North Witch and Garden Witch. Lily is the Robber Girl and a talking/singing Rose. 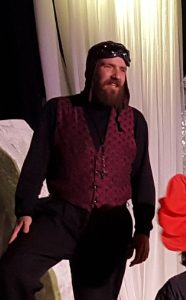 Timothy Smith is creepy as a Troll King and endearing as the aging but courageous British Old Crow. 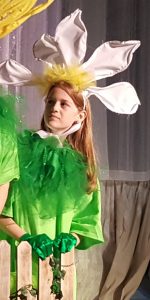 Everly Spears is adorable as a chatty Narcissus and pigeon with some well timed coos. 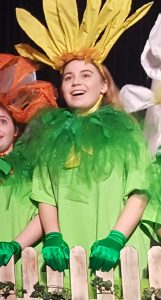 Crista Corbello is charming as flower and pigeon. 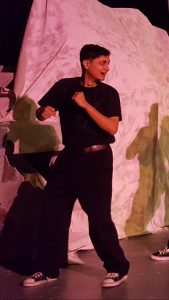 Antonio Dre do triple duty as Trolls, Robbers and Crows.

This musical covers a gamut – insightful philosophy, musical fantasy, adventure and all with a sense of humor, especially notable in the scene stealing 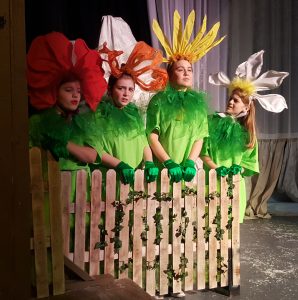 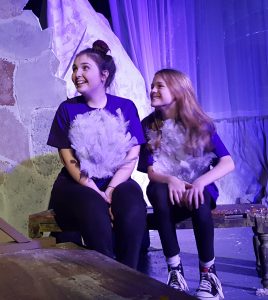 Some say the story is an allegory for a girl’s maturation as she moves from the clingy shelter of her mother (the garden), to the temptations of pubescence (the robber’s den), the winter of old age (the North Witch’ hut) and even death (the ice castle). Others that it is reminiscent of Bunyan’s Pilgrim’s Progress as our protagonist must over come many and varied obstacles, climbing ever upward, to save a soul – in the case of The Snow Queen, not her own but that of her friend. 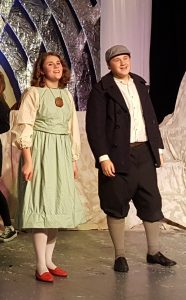 It could also be seen as simply the imaginings of two children who, having heard of a darkly magical fairy tale just at bed time, dream themselves into it as the main characters in all its vivid detail. I think it is all that and more, a testament to the story both sparse and multi-leveled that each audience member can take away something different and personal, depending on their individual perspective and stage of life. 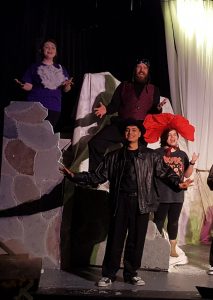 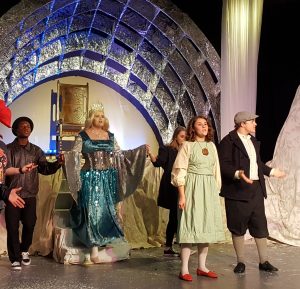 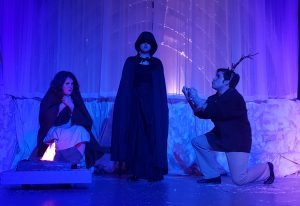