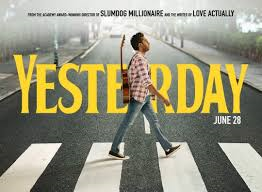 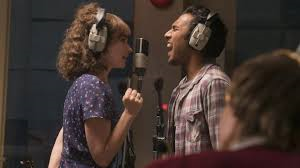 A humorous Twilight Zone-like examination of a desperate musician who discovers he’s the only person who remembers either the Beatles or any of their songs.

Were it not for the profanity and casual blasphemy, this could have been a family friendly film. As it is, parental discretion should be advised for the language.

Quick, how many Beatles songs can you name off the top of your head? And can you recite all the lyrics with no Google information, no sheet music, no records..not even a little help from your friends (see what I did there….?) This is the challenge facing Jack, (Himesh Patel) a desperately frustrated musician whose only fan is his childhood friend and manager-by-default, 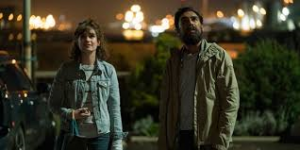 Having decided to quit music and return to teaching, Jack is hit by a bus during a freak, unexplained, 12-second, global electrical outage. After recovering from relatively minor injuries, he discovers he’s the only person on earth who remembers either the Beatles or any of their songs. At first he thinks his friends are “having him on”. 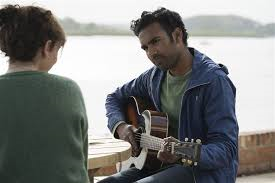 But after an internet search confirms the truth, he proceeds to embark upon a plan to pass the Beatles’ entire repertoire off as his own. 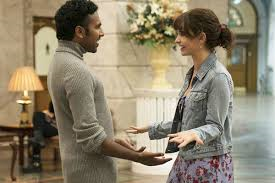 Yesterday‘s script is both warm and cleverly insightful. This is not a surprise given the writer is Richard Curtis, author of the immensely charming About Time and one of my favorite Dr. Who episodes: “Vincent and the Doctor”. Curtis has a gift for combining pathos, romance and humor to create a view into fundamental tenets of human nature.

Although dealing with some fairly mature philosophical concepts, including the ethics of his plans and what constitutes success and happiness, Yesterday is, for the most part, a light-hearted vehicle. The screenplay writer plays this straight. There are no “backsies” and this isn’t a dream. 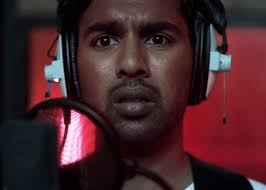 Jack must deal with the pros and cons of the permanently changed world as he wakes up to it. What would you give up to have everything you ever thought you wanted? What are the moral implications of taking something as your own when the people who created it never existed? Would you confide this secret even to the people with whom you are closest, knowing they probably wouldn’t believe you? Interesting conundrums. 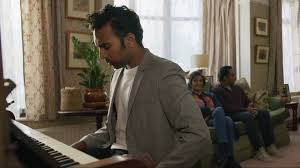 Directed by Danny Boyle (Slumdog Millionaire), it’s also funny, often in the kind of familiar human moments where you either laugh or cry. Some of the most fun bits are following Jack as he racks his brain trying to remember all of the Beatles songs and lyrics with absolutely no help. 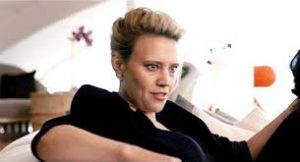 Kate McKinnon plays the shark-like LA manager who swoops down to Jack’s small coastal British home town to put him under contract. She is callously and bluntly honest. There is no cruelty in it, because her character simply doesn’t care one way or the other about the impact what she says has on others. She just has no filter.

I would not have been terribly surprised had she asked Jack to sign his contract with a drop of his own blood plucked from a demonic looking fountain pen, except she doesn’t  lie. But I genuinely liked this character. There was something very refreshing about her extremely candid approach. 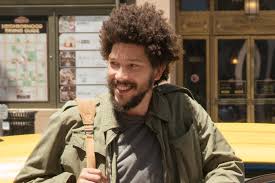 The music is, of course, wonderful. 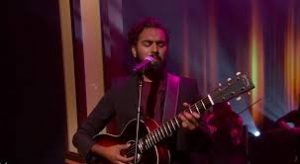 Not quite “covers” of these universally known classics, as Jack tries to imitate the songs exactly as he remembers them, but 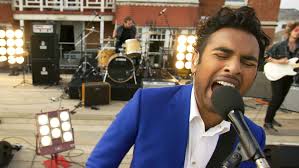 not quite Beatles either as he…well, ISN’T one of the Beatles.

And no spoilers, but I suggest you watch out for a few delicious cameos.

So if you want an upbeat, adorable rom-com, which also manages to address some thought provoking points, watch this quirky movie, Yesterday…today…or at least soon. 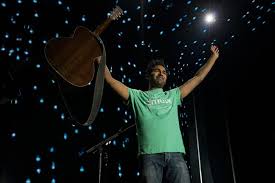