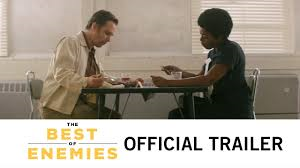 They say the best way to conquer an enemy is to make them a friend. This engaging slice of historical life in 1970’s South, when equal respect for all races and socio-economic strata were taking baby steps, explores that theory. The story is based on a real event wherein a 10 day mediation was orchestrated to resolve a dispute on integration in Durham, NC after the black school in town burns down.

Mid teens and up. There is no overt sexuality but there is a smattering of profanity with a few blasphemes. In addition there is some violence and a couple of very tense, even frightening scenes, but no bloodshed. However, the topics of historic racism, as well as the profound strides we made to defeat it, should be discussed in advance with your children should you decide to screen it for them.

Sam Rockwell is a fine actor, even a bit of a chameleon, and never better than when he is portraying a character who rises above the cards he has been dealt.

In Galaxy Quest, Rockwell was a sci fi convention huckster, who tags along what he thinks is an employment opportunity, winds up in space,  overcomes his stark terror, bravely stands with the crew of the Protector, and ends up stealing scenes as the “plucky comic relief” . 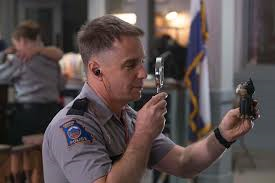 Three Billboards Outside of Ebbing, Missouri features him as an abusive, racist, boob of a deputy, forced to confront a desperately evil crime and in way over his head, who becomes a repentant, self-sacrificing, erztaz hero.

Rockwell’s C.P. Ellis, in The Best of Enemies, is another shining example of unlikely paladin. Based upon the book The Best of Enemies: Race and Redemption in the New South by Osha Gray Davidson, the screenplay is written by Robin Bissell who also directed this, his first feature film. Best of Enemies is the real life story of a charrette (a mediation between two irreconcilable social factions) held in Durham, North Carolina, in 1971 over the issue of school integration.

Ellis is the President of the KKK. 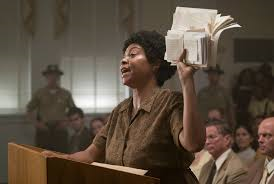 Ann Atwater (Taraji Henson – Hidden Figures, The Curious Case of Benjamin Button) is a Civil Rights activist who worked for Operation Breakthrough. They come to loggerheads when the black school burns down and the children are left with no school. 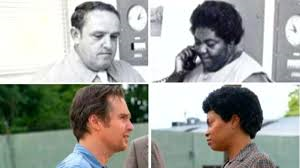 Both of these actors fearlessly launched into portraying people who, on their surface, are very unpleasant and abrasive.

I greatly admire actors who do not mind looking unattractive for the authenticity or betterment of a role. 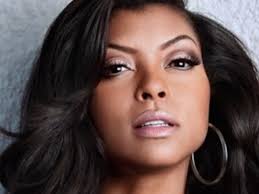 Henson is a beautiful woman and brings great force and dignity to her portrayal of Ms. Atwater, a poor, divorced single parent, 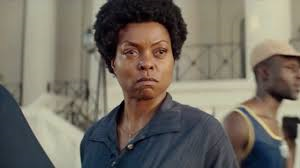 known as “Roughhouse Annie” for a reason. 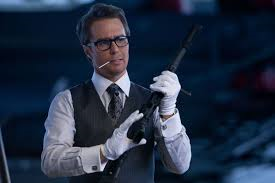 Rockwell can convincingly portray anything from an urbane playboy to 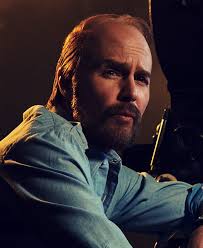 a burnt out choreographer, but here he is Ellis, 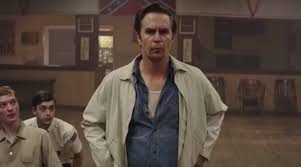 a poor good ole boy from the wrong side of the tracks barely hanging onto his gas station by the skin of his teeth. 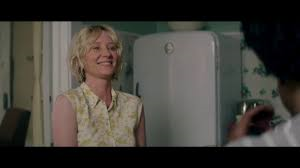 John Gallagher, Jr. plays Lee Trombley, a Vietnam vet and friend of C.P.’s who finds not all the battles were left behind him in Southeast Asia 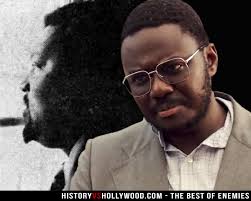 Babou Ceesay (Rogue One) is Bill Riddick, who is hired to keep this civil rights conflict…civil. Paraphrasing what Dorothy said of the Scarecrow, I think I liked him the best. This man had the toughest job of all – repressing his own point of view and keeping an upbeat, optimistic atmosphere while bringing two volatile individuals together, AND keeping them from killing each other or igniting a city wide riot. The emotional cost he must have paid and discipline Riddick mustered was inspiring, as he digs deeply to find the nuggets of reason and commonality in these two diametrically opposed representatives of the Durham community. 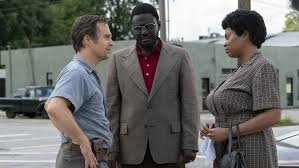 Riddick, both in real life and in this “reel” life, required that each side hear each others’ opinions calmly and created for these two diametrically opposed sides exercises in compromise. An example: he negotiated an agreement during the charrette in which the white members agreed to end each meeting with Gospel music, which was seen by the white community as distinctly representative of the black community, 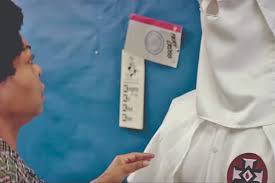 and in return the black members accepted a display of Ku Klux Klan recruiting paraphernalia in the hallway of the meeting building. No issue was off limits and all arguments were accepted as long as they were presented…civilly. Eyes were opened on both sides and through the experience, many were led, on both sides of the aisle, to recognize their own, often unfair, socio-economic and racial biases. 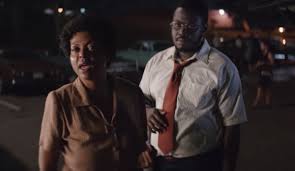 Music by Marcelo Zarvos is haunting and historically eccumenical. By that I mean it did not evoke any particular place or time, and did not lean on what could easily have been the crutch of a Southern or Gospel base. I thought it a wise choice. 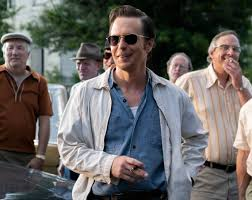 As a result of this cosmopolitan style, the music provides an emotional link to any audience of any time, avoiding the distancing which can sometimes happen when music becomes too era specific.

This is a beautifully written odd couple story of two people who think they have absolutely NOTHING in common, but who find their commonality in order to bring sense to a difficulty situation with Christian charity. It is a warmly told moment in history of two brave people who put their differences aside long enough to discover they have become the “Best of Enemies”. 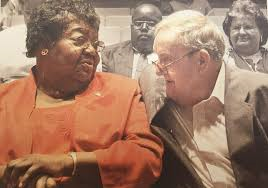 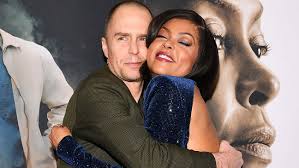