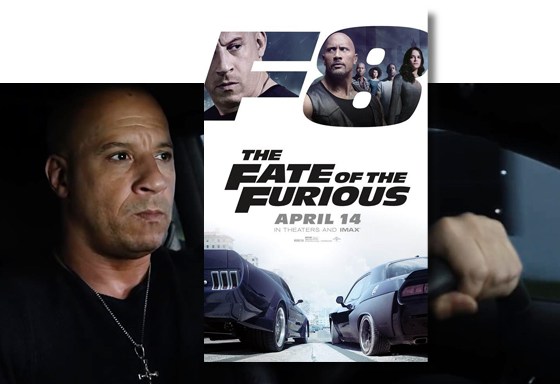 I admit I was not a big fan of The Fast and Furious movie franchise. But just for a lark my husband and I went as a date to this latest installment and I was pleasantly surprised … then later startled.

LOTS of SPOILERS – I MEAN, REALLY, IF YOU HAVEN’T SEEN IT AND DON’T WANT TO RUIN ANY SURPRISES THEN WAIT TO READ THIS BLOG UNTIL AFTER YOU’VE SEEN THE MOVIE: 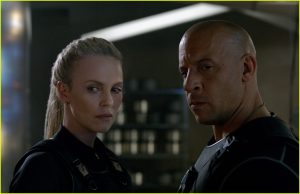 This outing – number EIGHT! – is best described as Bond meets Smokey and the Bandit. We have Cipher, a megalomaniac played by Charlize Theron, who, one cat short of a super villain, wants to get a hold of some nukes and their codes so she can keep the rest of the world under her manicured thumb. We have wise cracking questionable good guys, preposterous set ups for car chases involving dozens, if not hundreds of vehicles, a submarine, a Lamborghini, a tank, explosions, cars under the auto control of Cipher who guides them into a lethal high speed battering ram elegantly assembled like a troupe of ballerinas, a spy plane, black Ops, and Dwayne Johnson ripping out a concrete bench just to do curls. Part of the genuine charm of these movies is that they wisely do not take themselves too seriously. 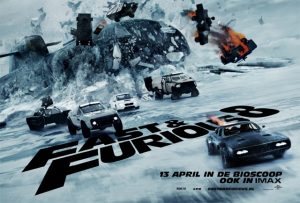 In what is SUPPOSED to be the plot, Theron, as Cipher, extorts co-operation from Dom (Vin Diesel) by kidnaping his ex-girlfriend, Elena, who has, unbeknowst to Dom, borne him a son. Theron threatens mother and child so Dom, during a mission for American Black Ops spy, played gleefully by Kurt Russell, 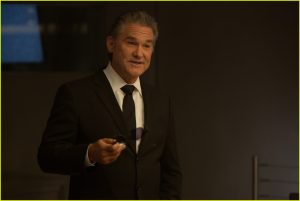 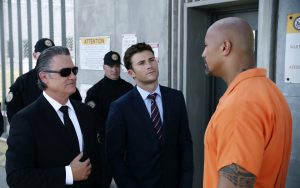 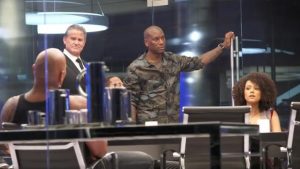 turns on his crew to steal an EMP. Dwayne Johnson and Jason Statham make up the other leaders of the good guys who are frantically trying to catch up with and figure out why Dom has turned on them. Luke Evans makes a fun cameo which, if you blink you might miss – so don’t blink. And how can you NOT like a movie which includes DAME Helen Mirren as Statham’s MOTHER and some snarky dialogue between them.

Mirren's parts of the movie are worth the price of admission alone. This is the only F&F movie she had appeared in and she makes the most of enjoying the heck out of it. (Apparently she is a fan of the franchise and stated that she would be willing to be in a sequel, so they took her up on it!) 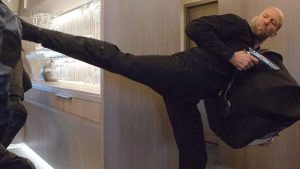 And oh yeah – Statham gets to kick some SERIOUS booty while protecting a BABY AND the crew get chased by a SUBMARINE!!!

Turn your brain off and it is a LOT of fun. 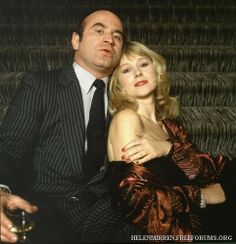 (As a side note, Mirren’s role here reminds me of another, albeit much darker, similar one she played with Bob Hoskins way back in the previous millenium, in 1980's The Long Good Friday – as Hoskins’ gangster moll/wife in a British Godfather-ish movie which, despite the extreme violence and language is a brilliant movie.)

Now to the startling epiphany. Summed up in a line by Cipher, I realized – intentionally or not – the F&F group had made a much deeper, more philosophical point than first meets the eye 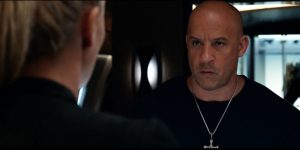 In one scene Dom meets with Elena and sees his son for the first time. Dom is separated from them by a thick glass wall. Elena tells Dom to save their son at all costs – and later does give her life for her baby. After Cipher has butchered Elena in cold blood she tells Dom that his pain of loss for Elena and fear for his child are not real and he should ignore them as she has. That it is merely a genetic hold-over which evolved as a necessary response in order to protect the continuation of the human species – a survival instinct so that one would keep track of one’s progeny when by a watering hole so that the crocodiles would not eat them. She then blankly states the line that startled me: “I am the crocodile at the watering hole.” I realized that this moment was the crux of the REAL plot of the movie.

There was no furthering of the titular story with this scene and it could easily have been cut. But it is the pivotal expository moment of the true theme.

The crocodile was worshiped by the Egyptians at the time when they were putting the Israelite children to the sword and throwing them into the Nile to be eaten by crocodiles. Cipher, who calls herself a crocodile,  wants to nuke a few cities to make the Superpowers “accountable”. She has no belief in family, is willing to casually commit the mass murder of millions, and has no problem with slaughtering an infant with her own hands. Can anyone say: Population control, planned parenthood and…evolution.

Strict atheist evolutionists, even ones who claim to be benign, have no place to stand on moral ground. If there is no God and there is no real bond between humans except as that “artificially” manufactured by our gene pool in order to perpetuate its own survival, then the murder of an infant, or of anyone, can rationally be justified. Cipher murders a bound helpless mother, threatens an infant and casually constructs situations in which hundreds of bystanders are put in harm's way, all to gain the ability to incinerate millions based upon her own rules – she wants to make herself a god with the power of life and death over everyone else, unaccountable, herself, to no one.

On the other hand you have Dom who quite simply will do anything to protect this innocent infant, his son. Elena also willingly places her son’s life ahead of everything, including her own life. And at one crucial point Dom leaves an object hanging from their prison wall which will prove to be the Cipher/Devil’s downfall – Dom’s cross. 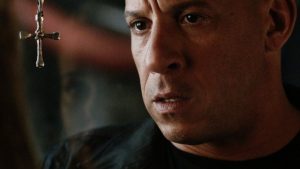 Now it turns out to have a transponder in it which allows the good guys to find the plane. But that’s just part of the plot McGuffin. He could have used anything for this but the chosen image was the symbol of Christianity. Other Christian acts are central to the defeat of the antagonist: During the course of the resolution, a rehabilitated bad guy is “resurrected”, like the Widow's Son,  from the dead by the good guys, and reunited with both his mother and brother to sneak aboard the plane and rescue the baby. He places his life and the differences he has with Dom aside to literally put himself between the innocent child and death.

That entire scene is really adorable BTW – Statham places headphones with children’s music playing on the baby’s ears, then proceeds to parkour his way, in classic action adventure style, around a plane full of bad guys, taking out henchmen, deflecting bullets from Dom’s infant son with his own Kevlar protected body, periodically checking to be sure the baby is content and his diaper is clean. And up to now I thought Wolverine was the best babysitter ever!! 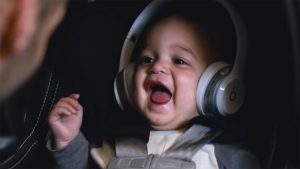 And at the end of the movie, Dom, finally united with his son, holds him up and says, “So all this was about you.” And he’s right, because it is.

So, whether they meant to or not, you have clearly established Christian symbols on one side: the Cross, reformed bad guys, multiple family ties, and self-sacrifice for the sake of an innocent child. On the other you have pure evil: someone who cold bloodedly cares not for life at all – who cherishes only death, even her own as she faces down a gun barrel. She looks for reasons and excuses to rationalize and find opportunities to rain down death on others: nukes, car crashes, dropping cars onto bystanders from car garages, heat seeking missiles, execution-style murders, all the while using infant-murdering Darwinian evolution rationalizations as an excuse to avoid her own culpability or even feel guilt.

The good guys’ philosophy is one of family and children and Christianity. The bad guys are on the side of secular atheist life-dismissive evolution. And here you have the core and soul of the movie. Cipher represents the Devil, the temptress trying to lure Dom into evil, and merciless ruthless evolution. Dom stands against her, representing family, protection of the innocent, and Christianity, with the Cross as his LIFE preserver. 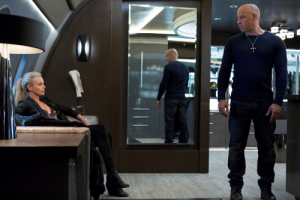 Regardless of what you believe, and I happen to believe that evolution would have only been possible with the Hand of God, this is how the plot pans out. And kudos to Chris Morgan and Gary Scott Thompson for penning this stylish and clever spoonful of sugar mad dash action adventure to explore a profound philosophical dispute, painfully relevant to the demographic audience they are targeting, behind the guise of the wildest Fast and Furious ride ever. 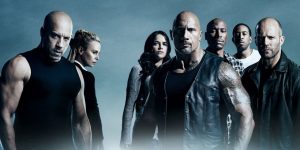 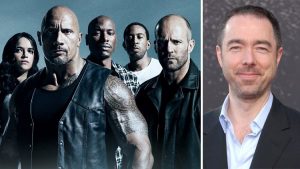 There is a bit of enthusiastic hanky panky but with a married couple and there is some (I thought) gratuitous bad language. The violence is mostly cartoonish but way too much for anyone under, say, 13. As per my usual caution – if you have any doubts, you parents go see it FIRST, before allowing your kids to see it.