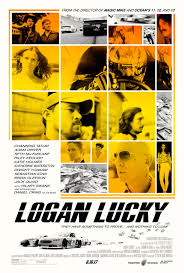 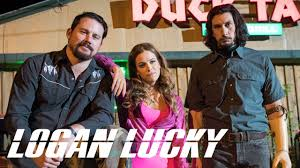 SHORT TAKE: Logan Lucky is Steven Soderburgh’s tongue-in-cheek retelling of his own Ocean’s Eleven franchise as well as an oblique stab at the Hollywood establishment. 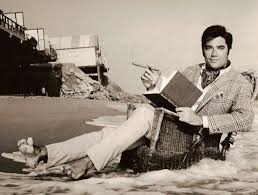 Rex Reed of the New York Film Critics’ Circle hated Logan Lucky and had some very unkind words to say about it. Toe fungus was one phrase he applied, which only goes to prove Logan Lucky WORKS. Nothing against Rex Reed but it’s just that he fell for it. Surprising too as Reed was born in Texas and got his journalism degree from the same LSU that Soderburgh attended. Apparently while Soderburgh embraces his roots, Reed fails to appreciate them. Logan Lucky demonstrates the perils of underestimating someone and – going out on a limb here – might just be an autobiographical parable for Soderburgh’s professional life. For a full explanation you will have to read below in the BIG SPOILERS section. 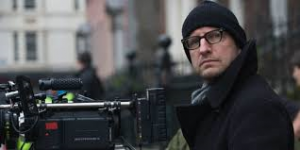 I can’t find another example of a director who made a feature film spoof of one of his own movies. There have been a lot of spoofs – Airplane, Hot Shots, Scary Movie, Naked Gun, and pretty much anything Mel Brooks wrote. But Logan Lucky may be unique. 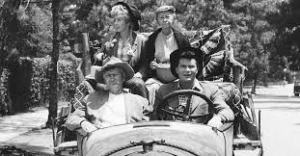 Logan Lucky is basically Beverly Hillbillies meets Ocean’s Eleven. Even the names have the same ambient rhythm to them. Ocean’s Eleven sounds backwards, as though it should be Eleven Oceans, until you realize the intent is to describe the Eleven person team of a man whose last name is Ocean. Logan Lucky is the same way, with the adjective in the back, but without any explanation, except that it is a homage to its predecessor. To be sure we get the connection, Soderburgh has a newscaster comment on the crime: “People are calling it [the heist] Ocean’s Seven-Eleven”.

Truth be told the Clampett family in the Beverly Hillbillies were often underestimated too. Uncle Jedd had a lot of home spun wisdom which often benefitted the swells in their neighborhood. And the example the Clampetts set of morality, self sufficiency, kindness and generosity was mostly unappreciated but was the backbone of why this show, for all its goofiness, was so popular. They may have been hicks but they had more sense and were happier than all of their neighbors put together.

At first I was not sure if I should be offended by the bald faced home spun backwoods characters Soderburgh conjures. But as time goes on you realize he has a lot more respect for West Virginaians than it might appear. It’s almost as if he is saying it isn’t just the college educated affluent upper class snobs who can plan and execute a clever heist. All it takes is a motive, some common sense and a flair for planning. Let’s put aside for the moment the moral question of our protagonists stealing millions. There is, you’ll find without giving too much away, an aim of poetic justice, 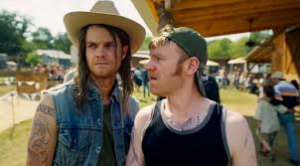 hinted at briefly when recruiting two of the most unlikely techs you’ll ever meet, which tit for tat ending pays off at the end. 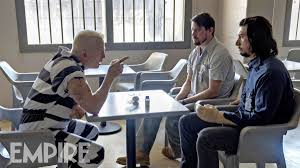 I, personally, approached the movie with great trepidation due to the casting choice of Daniel “James Bond” Craig as a red neck bank robber explosives expert. But, shockingly, my concerns were unfounded as I quickly forgot Craig’s character was anyone other than a tatooed, cocky good ol’ boy with a brilliant knack for getting his job done, and 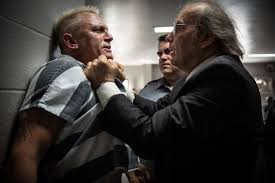 far more self-discipline than you’d give him credit. 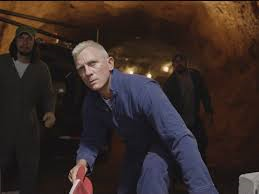 Again someone we, the audience, immediately underestimates on first sight. 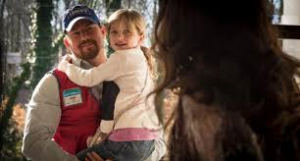 And there’s one scene near the end at a child’s talent show which establishes Soderburgh’s intent to recognize the beauty and dignity of West Virginians despite his teasing and tweaking.

BIG SPOILERS FOR BOTH LOGAN LUCKY AND OCEAN’S ELEVEN

As unlikely as it may seem I believe Logan Lucky is an autobiographic parable of Soderburgh’s professional life. 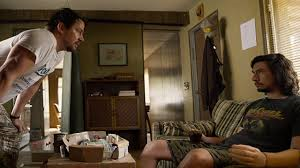 The movie starts with Jimmy (Tatum Channing) a hard working schmo amiably divorced and devoted father who runs a bulldozer in an underground construction site beneath the NASCAR race track. The opening scene neatly, with simple dialogue, proves Jimmy is intelligent and capable, a good dad and loves his home state as he chats with his little girl while fixing a car. It is obvious this is a familiar scene as she casually hands him the specific tools he needs like a well trained nurse to a surgeon. They talk about his favorite song – John Denver’s “Take me Home Country Roads”. He does a good job at work but because of a bad knee and the fear of future liability the insurance executives for the construction company insist he be let go.

Soderburgh is a Southern boy – born in Atlanta and grew up in Baton Rouge, LA – his stint in Hollywood as an editor was short lived and it wasn’t until his indie films started making money that the industry powers started paying attention. But after a while Soderburgh again left, citing lack of creative and financial control. In short, Soderburgh, much like our protagonist was misjudged, underappreciated, disrespected, underestimated and dismissed. 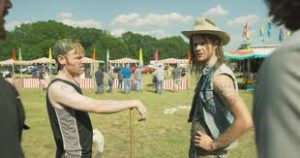 Jimmy acquires two of his team members under the pretext that he is planning this heist on moral grounds. Jimmy is lying, but much like Danny Ocean in Ocean’s Eleven, Jimmy has an ulterior motive he is unwilling to share with them which, in his mind, truly is a just goal. In Ocean’s Eleven Danny’s true end game is getting Tess back by proving to her that her boyfriend, Terry Benedict, doesn’t really love her. In Logan Lucky Jimmy just wants the money he is owed from the work he would have done had the insurance company not unjustly ordered him fired. In both cases there is an ulterior motive known only to the leader.

In the case of Soderburgh’s life he has reconstructed the anchor in his Ocean’s franchise into what at first glance appears to be a parody which makes fun of both Ocean’s Eleven and Southern “hicks” but in fact does neither. As the movie progresses we come to understand that the people who are labeled as dumb and appear slow have a real genius to their methods. The apparently inane “robbery to-do list” Jimmy makes in planning his heist which includes: “s*** happens, don’t get greedy, walk away,” all come to necessary fruition. 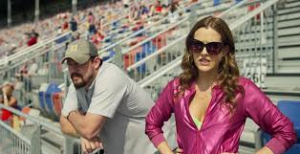 The pretty female of the bunch and Jimmy's sister, Mellie, (Kelley Keoughh) is a hairdresser but knows everything about cars and has the skills of a class A transporter. Joe Bang (Craig)  (a – what else – demolition expert) appears to have the IQ of someone who has fallen on their head one too many times. But he explains how bleach and gummy bears with heat will produce the explosion they need, using an improvised chalkboard on which he draws balanced chemical equations.

For example Clyde Logan (Adam "Kylo Ren" Driver), Jimmy’s Iraq veteran brother, is called one armed by an obnoxious patron at the bar in which he tends. In response Clyde proceeds to describe with specificity that he is one handed and partially forearmed in a dry deadpan – just before Jimmy beats the tar out of the offending customer. 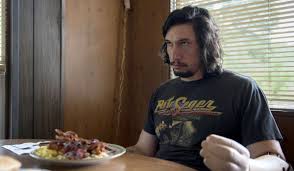 When Clyde sees his brother’s “robbery to-do list” he points out that he is not a criminal but that since Jimmy cooked his bacon almost burnt just the way he likes it AND it is obvious by the list that his brother is trying to exercise a certain amount of organizational skills, he will hear him out. This is pure Cohen, director brothers who also create characters often far deeper than they initially seem.

Like Ocean’s Eleven it appears as though the money has been destroyed or lost but when reviewed later from an alternate POV we find out what ACTUALLY happened. (Clyde: Are we going to trust our lives to them? Jimmy: We only tell them what they need to know.)

And finally the only ones to get hurt are those who are the “real” bad guys. In the case of Ocean’s it is Benedict, the casino owner. In Logan Lucky it is the insurance company. We find out that Jimmy returned “all” the money stolen in a truck deliberately abandoned by him. However, due to the high volume of the concession income during the race and some subterfuge on Jimmy’s part, there was an accounting opportunity for the race track owners to get a substantial amount of “lost” money from —- the insurance company. Unbeknowst to the rest of the team Jimmy squirreled a separate pile away to be hidden until the FBI agents, who he knew would inevitably be all over this case, gave up on them as suspects. What his other, less trusted teammates didn't know wouldn't hurt any of them. As he explained to Clyde he knew they were all free when the FBI no longer paid for his phone which they were tapping. And it was only after he knew they were in the clear that he distributed the shares of the hidden funds. Ultimately the one who was robbed was the insurance company who stole Jimmy’s job in the first place, starting the chain of events for this movie. And everyone who aids Jimmy in his quest gets a piece of the loot – whether they knew they were helping or no. 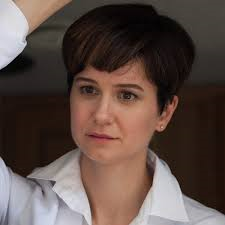 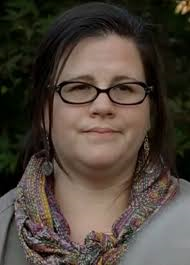 A TRUE Robin Hood story – not stealing from the rich to give to the poor but RETURNING money stolen from the poor by the original thief.

In the end the Southern hicks who everyone wrote off use their “ability” to be underestimated like a super power – flying so low under the radar that no one can believe they did it. And the losers are those who tried to exploit them. Soderburgh finds his last laugh in the popularity of his movies despite the lack of support from the Hollywood crowd. Like Jimmy, he is a Southern boy who plucks the prizes from the reach of the establishment swells whose view is obscured by the very nose down which they look. 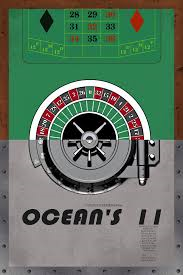 Almost as if Rex Reed wanted to hand me proof that he didn’t “get” the movie because he has BECOME one of the Hollywood establishment, Reed specifically points out that he didn’t think the title Logan Lucky made sense. He never saw the deliberate grammatical connection (what looks like an adjective coming after a noun) or the literary syntax rhythm to the title of its predecessor. It’s a joke Mr. Reed doesn’t get because he has boxed himself up inside the institutional Hollywood structure.

But Logan Lucky is pretty good all by itself.

And it just goes to show you – it isn’t wise to underestimate us Southern folk.