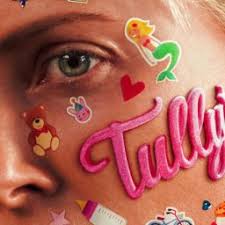 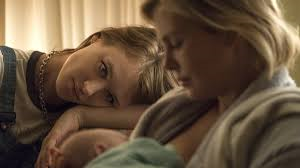 Well done and insightful view of an ordinary family undergoing a crisis as an exhausted and post-partum depressive mom deals with three children, including one who is a special needs and another a newborn, by welcoming a "night nanny" into her life. 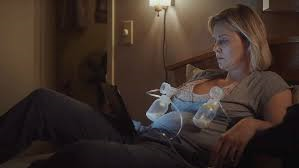 When our oldest son was only a few months old he gave up sleeping. I discovered that going without sleep for months can make you hallucinate. I started seeing things out of the corner of my eye I knew were not there. Fortunately, I had a very supportive husband who helped me get the household and his sleeping habits under control. 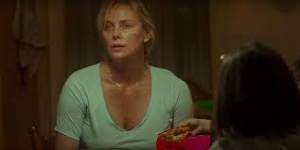 Marlo (Charlize Theron) has a similar problem. On top of the responsibilities of a newborn and a first grader, she also cares for a special needs kindergarten aged son who everyone identifies merely as "quirky" so does not really get the help he needs, she holds down a full time job, and her husband's demanding job requires he goes out of town often. With a history of detail-mysterious severe post-partum depression, her concerned and wealthy brother, 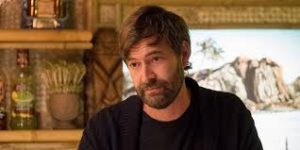 Craig (Mark Duplass) offers to hire a "night nanny" for them. Marlo's pride gets in the way at first, but eventually one arrives. 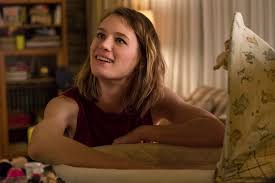 Her name is Tully (MacKenzie Davis) and she is a twenty something free spirit who seems to understand Marlo to her core. 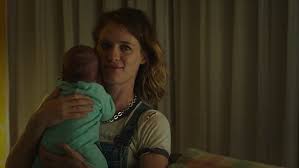 The two women bond immediately and Tully does a good job of caring for their new baby, cleaning the disaster that had become their house and even makes cupcakes for Marlo's children's classmates – all the things that Marlo feels guilty for not having done.

One of the great thngs about Tully is the ordinariness of the house, the kitchen, the bedroom and the people. 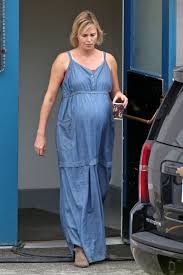 Theron gained 50 pounds for the role. She, personally, has two adopted children so has never been pregnant but you'd never know it. We have six children and breast fed them all. So I know what a post-partum body looks like and 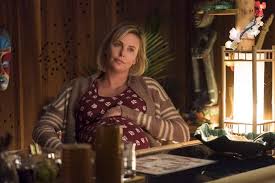 Ms. Theron, baring almost all, certainly LOOKS like she has a genuine maternal belly. And the scenes with the leaking, pumping, breastfeeding are very very familiar. 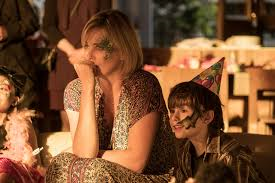 I say this to note that while the script reaches into the reality of the struggles of parenthood, the film makers go to great lengths to present what looks like an authentic family dynamic.

Ms. Theron carries most of the water in Tully and is amazing. She is one of those truly talented actors who do not mind making herself look ugly for a role. While she can be convincing as the almost supernaturally athletic spy in 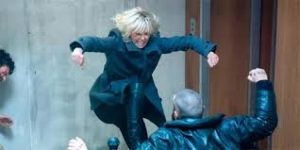 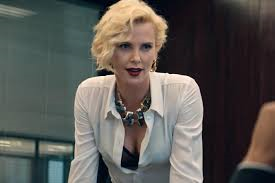 Gringo, here she looks like any other mother who just gave birth, including flabby tunmmy and leaky boobs. 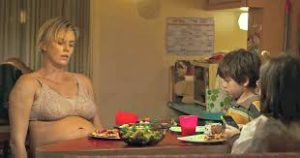 In one very funny scene her kindergartener spills a glass of juice on the dinner table and all over her. In a state of apathetic exhustaion she simply strips off her shirt and sits almost catatonically at the table. Her grade school daughter takes one look at her and innocently asks: "Mom, what's wrong with your body?" 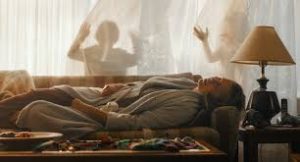 So, for all of the occasionally dark tinged situations, this is not a depressing movie. In many ways it is a comedy – though a subtle one. And be aware, there are some seemingly startling or even shocking things that happen during the movie. But stick with it – things are not always as shocking as they appear. Tully is, ultimately, a very family, marriage, child and life affirming movie wherein normal people deal with every day challenges in their own creative ways. 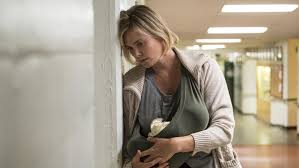 The people in the family strive to stay close and keep it working and stable the best way they know how. 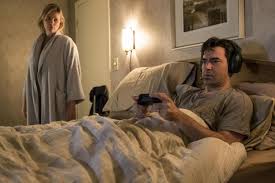 Tully advocates for the value of a family, warts and all.  In Tully, the spouses – Marlo and Drew – care about each other and their children very much. 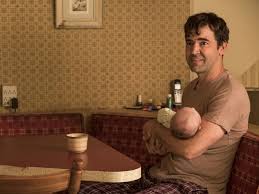 The couple has each learned from the failures of their parents' broken marriages and Drew loves and is faithful to Marlo despite her occasionally fragile mental state. 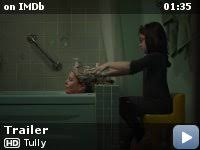 They are supportive and kind to each other and to the children, tryng their best to be good attentive parents. 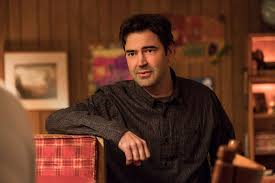 This is greatly refreshing and necessary in a culture which promotes popular media in which the father is often marginalized, and the marriage is often portrayed as broken or only one in a cascading list of failures.

If the movie has one great flaw it is in not showing more of the beautiful ecstacy that can be parenthood – the joy of holding a newborn, the miracle of which never grows old. 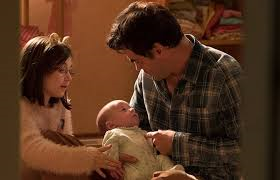 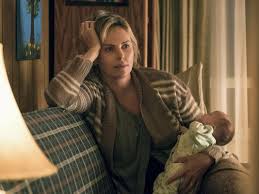 blissful moments of bonding with the mom, dad and the newborn. There is also, to its detriment, no reference to the core values of any kind of spiritual life, which would have gone a long way to ameliorating Marlo's pain and depression. 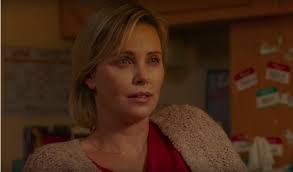 Carly Simon once famously sang – "the stuff that dreams are made of."