Clean, genuinely funny, very kid-friendly movie about the sequence of events which results when a village of yetis is revealed to a “smallfoot”/human.

Anybody can go but be advised, at 96 minutes, it is about 20 minutes too long for the average pre-kindergartner.

AND IF YOU LIKE THESE REVIEWS PLEASE SUBSCRIBE! THEN YOU’LL GET     EVERY NEW REVIEW SENT STRAIGHT TO YOUR E-MAIL!!

GO TO THE BOTTOM OF THE LEFT HAND SIDE AND TYPE YOUR E-MAIL IN – IT (SHOULD BE) THAT EASY. ANY PROBLEMS PLEASE SEND ME A COMMENT AND I’LL DO MY BEST TO RESOLVE YOUR ISSUE.

Fides et Ratio was an encyclical by 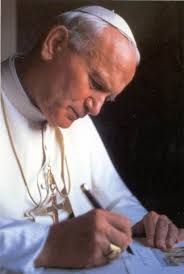 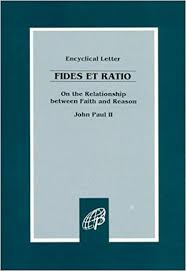 “Faith and Reason”. In it, then Pope, now Saint John Paul II explains that faith without reason leads to superstition and reason without faith leads to nihilism and relativism. Smallfoot, surprisingly, tackles the former of these heady, complex philosophical musings.

While I do not normally like to lead with a lot of spoilers, when analysing for a movie whose demographic is young children, as a parent, I would want full disclosure before bringing MY smallfoot, so I offer the same to you readers.

This children’s tale begins with a colony of yetis who live high up on a mountain, cut off visually from the rest of the world by a constant ring of clouds. Our protagonist is a good natured, happy-go-lucky yeti named 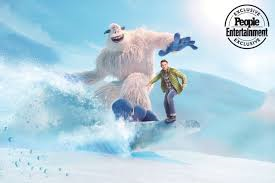 Migo (Channing Tatum) whose personality almost exactly parallels that of 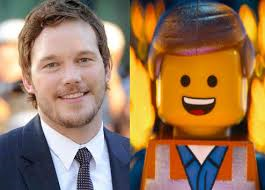 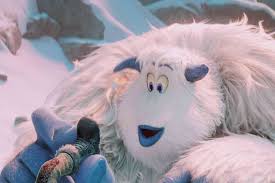 You almost expect him to burst out with “Everything is Awesome” as he strolls through the yeti village. This is not meant as a criticism. It’s actually quite cute as he observes the seemingly pointless Rube Goldberg occupations to which everyone is assigned, but which are explained later.

The songs are, BTW, quite catchy and one in particular, sung by the female protagonist and Migo’s love interest, 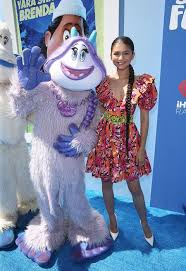 Take a look around
And see the world we think we know
Then look closer
There’s more to life than meets the eye
A beauty to behold
It’s all much bigger than we know. 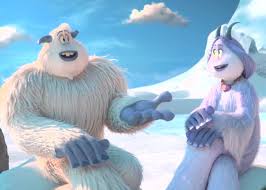 She sings this as she shows things to Migo he never noticed, like a small butterfly crystalized in a frozen stalactite, and the details in a snowflake. Beautiful imagery for a lovely idea: that the more we see, the more we realize the grandeur in Creation.

Their belief system, literally written in stone, is a seemingly random collection of unquestioned statements, including the command that if you feel the urge to question one of the stones you should “push it down” and not think about it. The stones describe strange and mythical beasts which must be fed or cooled or tended to in odd ways. One stone commands an absolute dismissal of the possibility that there could be anything below the cloudline. The stones are worn like scale armour by the tribal leader, 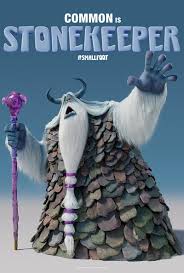 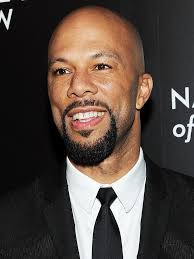 (Lonnie Rashid Lynn aka the rapper Common). Migo, the son of Gorgle, the Gong Ringer 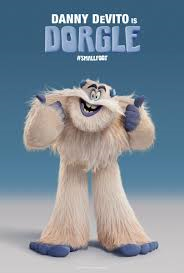 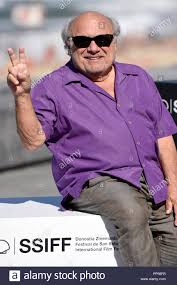 (Danny DeVito) is one of the biggest stone-trusting advocates in the village, until one day Migo, by chance, observes a plane crash and the ejection of a smallfoot from this flying metal object. Problem is: the existence of smallfoot is absolutely denied by one of the earliest stones. No one will believe Migo as the evidence is quickly blown off the mountain. 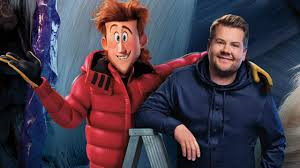 Percy, James Corden (voice of Peter Rabbit and guest companion in a couple of Matt Smith Dr. Who’s) is the host of an animal show which is on the decline. 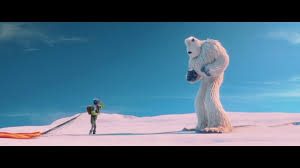 The ejected pilot happens upon Percy with his story of sighting a yeti, and before Percy, desperate for ratings, can take advantage of this knowledge, 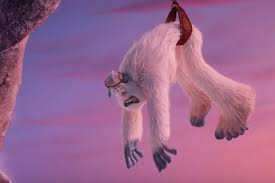 Migo appears, looking for the pilot and proof of his smallfoot story. Their first contact is cute and clever and takes full advantage of their inability to immediately communicate. 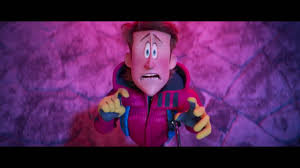 the writers do an excellent job with the miscommunications which arise from their inability to understand each other. 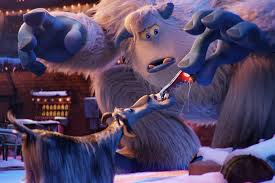 The movie is occasionally laugh out loud funny. 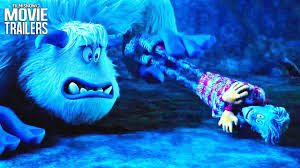 It is completely clean – no bad language and, a rarity, totally innuendo free.

As the plot progresses it is revealed that the Stonekeeper is wearing a set of lies, deliberately created to protect the village because of previous lethal encounters with humans, generations ago. The stones’ commands all begin to form a pattern: If smallfoot does not exist then there’s no reason to go look for them. The ring of clouds is manufactured for camouflage by the steam generating machine deep within the mountain which the ice ball production and turning gears on the surface facilitates. The other stones which describe a sky snail and mammoths under the clouds which are cooled by the ice balls all were made up and commanded to be accepted without question to protect the villagers from leaving and revealing their village.

There are plot points in Smallfoot which harken back to other movies, certainly: the hidden city of Wakanda in Black Panther, and a concept accepted without question which keeps two potentially friendly but very dissimilar groups apart, but which is a complete lie, as in Monsters, Inc. for example, that children are dangerously toxic. (I won’t even discuss The Village because Smallfoot is a much better movie). But Smallfoot is not a derivative of any of them.

If I make the movie sound like it is heavily philosophical, it is not. 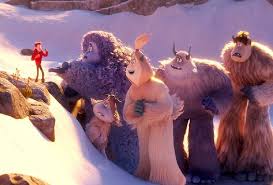 The movie plays out like any normal child friendly film with lots of slap stick, goofy looking characters, 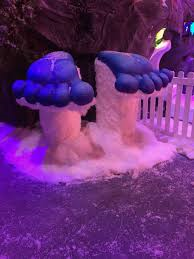 Bugs Bunny-level pratfalls, bright colors, and non-lethal force. (Exs: an angry mama bear appears to be attacking, but when translated is just loudly chiding Migo for disturbing her family from their hibernation when it took her WEEKS to get her cubs to sleep. A crashing helicopter’s propellors are caught in trees spinning the body of the copter and the pilot emerges unscathed but incredibly dizzy.) 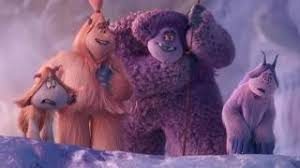 But it is the thoughtful story and clever characters that put Smallfoot above the general mishmash of kid movies which usually populate the screen. Inevitably the yetis’ faith without reason in the commands on the stones, about which Saint Pope John Paul II cautioned, breeds a mindless superstition requiring blind belief, and when challenged by truth, falls apart. 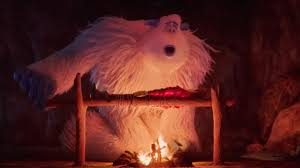 It is only when reason and faith come together – when truth is combined with some earned trust between Migo and Percy,

that a peaceful diplomatic solution is possible. 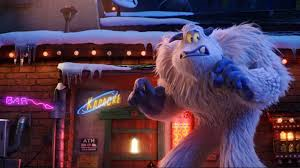 It has all the charm of a harmless silly kid movie, adds sly but innocent humor for the adults, and has an intelligent underlying theme.

The characters are well fleshed out for the cast of an elementary school level movie.

Plus the songs are catchy and cute without being heavy handed and are sparingly used. And best of ALL – it did NOT go for the STUPID, almost UBIQUITOUS “female empowerment” message with which we are regularly bludgeoned and which has ruined entire franchises (I’d sneeze the words Star Wars if I was standing right in front of you to make the point, but I’m not so you’ll just have to imagine that.) 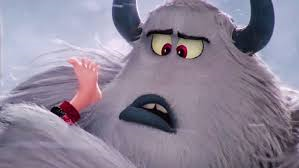 My only real complaint is that it was a bit too long, by about 20 minutes, for the primary school demographic to which the producers were aiming. My two year old grandson loved it and was mesmerized until the last bit and wanted to walk around while watching the denouement. At 96 minutes it really should have gone through one more trimming. 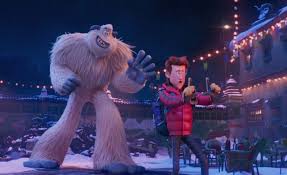 Aside from that very small criticism, Smallfoot is a delightful film with a bit more meat on its bones than you might expect or is carried on your average kid movie. It will entertain even the littlest kids, but still provide mom and dad with something worthwhile to mull over with even the oldest. 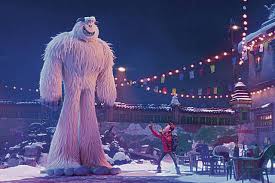