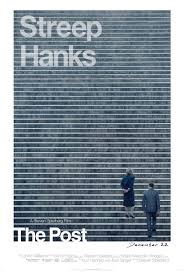 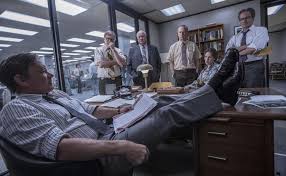 The Post is a lionization of the treasonous leaking of government secrets by members of the media in 1971.

There are two ways to review this movie. One to just view it AS a movie – an entertainment and consider its conveyance of a story. The other is to examine the purpose behind its creation.

You judge a comedy by how much it makes you laugh. A drama by, perhaps, how much it makes you think. You see Mel Brooks, you don’t expect a serious analysis but broadly painted parody. And Star Wars is Star Wars. BUT when a movie holds itself out as HISTORY, then it is fair to assess its authenticity, consistency, and credibility. The Post has …. NONE.

As a movie, The Post is – OK. It’s an interesting view of life during the 1970's as seen through the eyes of wealthy aristocrats and their journalist syncophants who spend their days socializing with men of power, finding ways to insult conservatives under the guise of news, and holding exorbitantly expensive parties to pat themselves on the back for being protectors of the "little people." 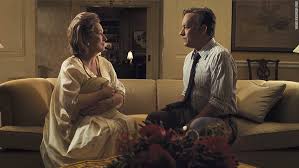 Meryl Streep and Tom Hanks who play Katherine Graham and Ben Bradlee respectively, are accomplished actors and make their characters convincing and "nuanced," as they like to say. 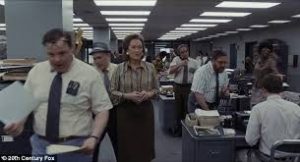 But the going is very very slow in the beginning, pedantic even, as Streep's Graham stands around and does a lot of hand wringing and the writers try to set the mood and hammer the audience with 1970's references – from clothing to posters to hairstyles, "sit-ins," and street protests – dating themselves with hippies and posters of The Blob. BUT much is left out that is salient both historically and morally. The film makers positively assail us with reminders of the era. BUT for all that they do not include "inconvenient truths".

A minor example – smoking is ubiquitous but only shown to represent hard industrious work by "brave" dedicated people. For a movie promoting itself as a slice of history there is no realistic or accurate portrayal of the coughing, burn marks on furniture, the stink, the dirty ashtrays, the obnoxious breath. It’s a small detail but exemplifies the kind of disingenuousness of the entire movie. 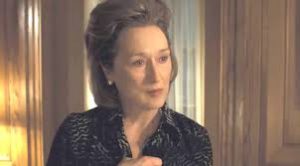 In a VERY poor writing ploy we were are bludgeoned again and again and again with how "courageous" Katherine Graham is for planning to publish these confidential papers. If I were writing a romance and repeated over and over in the voice of no less than 4 or 5 different characters at no less than 10 times throughout the movie blatantly stating how much the protagonist was "in love," wouldn’t you not only tire of the assertion but begin to wonder if the "lady" doth protest too much? I suspect the writers knew d*** well that what Graham and Bradlee did was not courageous but perfidious, sleazy and traitorous. I wondered by the end of the movie if they were trying to convince me of the lie or themselves. 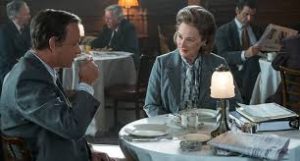 The entire film is shown as an idealistic portrayal of newspaper people bucking up against a "repressive" government. In fact, they revealed confidential information about an ongoing firefight against a hostile country in a way which ultimately encouraged the ENEMY to persevere against what was advertised globally as the weak will of the United States to win the battle. 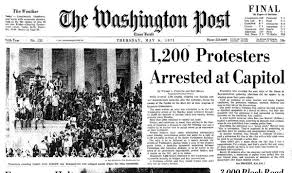 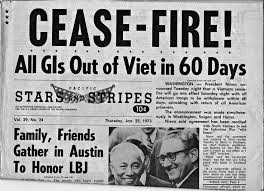 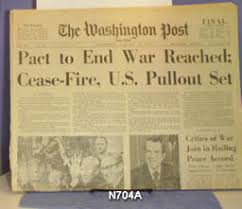 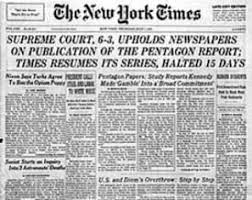 There are many complaints about the tenacity of the Vietcong. Why SHOULDN’T they have carried on – KNOWING, thanks to our witless gutless Communist sympathizing press, that our government had concerns about America’s ability to win against them?

During World War TWO there were GRAVE doubts about either our or England’s ability to stand up to the Nazis. Does ANYONE think it would have been a good idea to ADVERTISE THAT??!!

In addition there is a disgusting pile of hypocrises and a blanket wrongness of plot and characters that are, in a quote from Hamlet – "rank…and smells to Heaven". 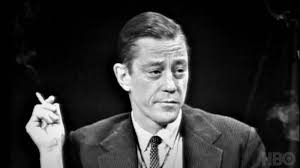 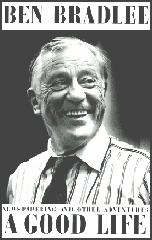 DID YOU KNOW (because it certainly wasn’t brought out in the movie) Bradlee committed perjury in 1964 to hide a document because it had "TRUTH" in it about Bradlee’s bosom buddy JFK? 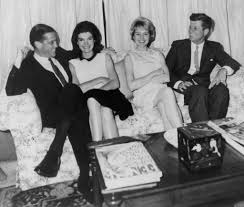 In one scene Bradlee and his then wife, Antoinette, wax nostalgic over a photo of them with Jacqueline and John Kennedy. What does not come up in the course of this movie, however, is that Bradlee was instrumental in the hiding of a diary belonging to his sister-in-law, Mary Pinchot Meyer. Her murder took place 10 days after the Warren Commission released its findings on the assassination of JFK. Meyer was murdered in a "random" act of street violence which has gone unsolved to this day. Bradlee found the diary soon after her murder, which implicated his buddy JFK in a prolonged affair with Meyer. The existence of and information in this diary was revealed years later. The prosecuting attorney, Alfred Hantman, for the only suspect they ever had – Ray Crump, a black man who had been fishing nearby – was horrified and stated that knowledge of this diary would "have changed everything". Bradlee committed perjury, LIED UNDER OATH, during the trial of the man accused of murdering his wife’s sister, about a diary which had material evidence to the case JUST TO PROTECT HIS GOVERNMENT FRIEND. He eventually admitted as much in a tell all biography years later in order to net himself more money and notoriety at the expense of our country. But he hid this relevant information during the investigation of his wife's sister's brutal murder.

So the people’s "right to know" about government scandals apparently stops at the door of anyone who is a Friend of Bradlee. 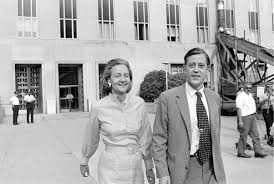 Bradlee and Graham committed treason during a time of hostilities with a foreign government.

He admits to his boss, Katherine Graham, that he can not be sure that revelations from the Pentagon Papers will not jeopardize the lives of soldiers in the field or our country’s safety.

Well I can guarantee you that it did. What Bradlee and Graham did was commit treason of the most heinous nature. They gave aid and comfort to the enemy in a time of open armed and hot confrontation. They assured the North Vietnamese – and BY EXTENSION the Russian Communist superpower with which we were a red button away from moving our cold war to a nuclear one – that our government was dispirited and convinced it could not win. Bradlee and Graham, as well as people of their ilk who carry on today with liberal journalism, single-handedly helped to assure our defeat at the cost of not only our soldiers lives but the lives of the citizens of Vietnam. Had Bradlee and Graham and others of their elitist inclinations sought to support our fight against Communism, Vietnam might be a democracy today and the war might have ended years before it did. Instead these high rolling socialites cozied up to the propaganda hype of the utopian society they think can be accomplished if only THEY were holding the reins of Communist power. In short, they helped Communist Russia’s puppet subjugate Vietnam under the crushing weight of Communism.

Instead of plaudits Graham and Bradlee should have been tried for treason and spent the rest of their lives in jail.

3. The movie is blatantly prejudiced against the Republican party. 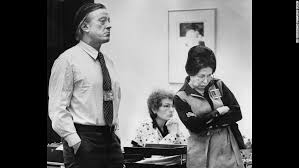 The Pentagon Papers spell out that Truman covertly funded opposition to the Vietnam Communists. Eisenhower continued the support. Johnson committed troops to fight actively despite declaring he would never do this to the American public and expanded the war’s fronts. Nixon was the one who ended the war – which was what Bradlee and Graham were trumpeting needed to be done. But who gets the vast majority of opprobrium, distaste, comments and hate from these high minded "fair" journalists constantly and often gratuitously every 15 minutes of the movie? Nixon. The man who actually did what they said needed to be done.