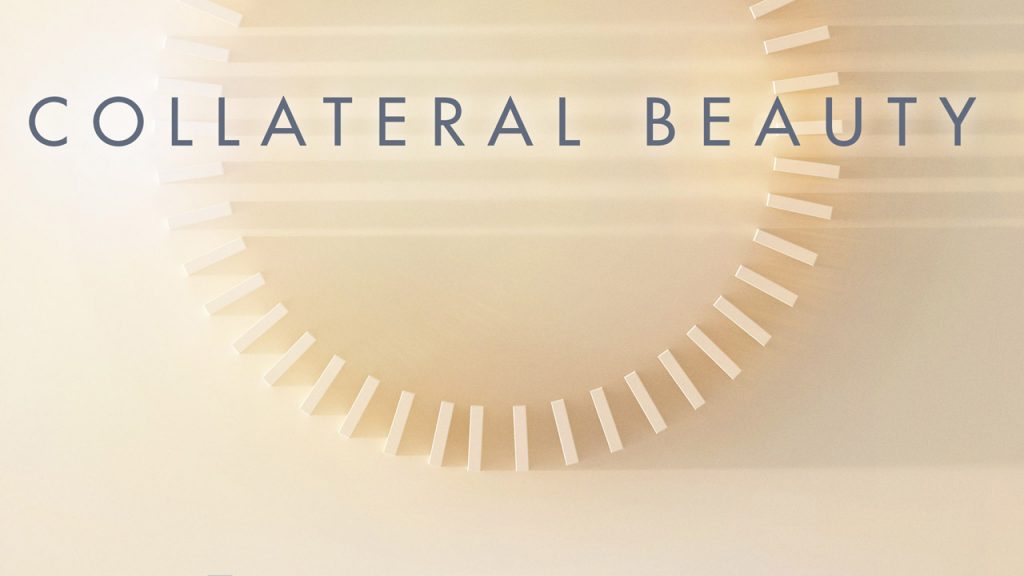 Wow. There are some filmed stories that are not so much “movies” as they are works of art. Thus it is with Collateral Beauty, a film written by Allan Loeb and directed by David Frankel. 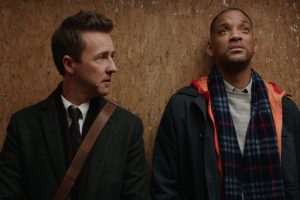 The story emerges about Howard (Will Smith) who has retreated so far into himself after the death of his 6 year old daughter that his competency in the major advertising firm he has built with his friends is put in question. On the verge of a make or break deal, his partners, having tried everything from grief counseling to interventions, are in a precarious situation. Without either Howard’s active involvement or his retreat from the firm the FIRM and everything they have worked for will die. And Howard will not engage with any of them long enough to even discuss the issues. He just doesn’t care any more. All he will do is show up to work and make domino bridges (which you will find is a brilliant piece of cinematic analogy – that one event can begin a chain reaction). 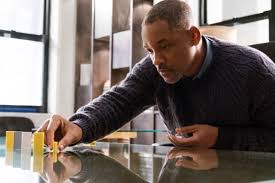 Whit (Ed Norton) has a chance encounter with Amy/Love (Keira Knightly) an aspiring actress with a three-man underground acting troupe, the other two being 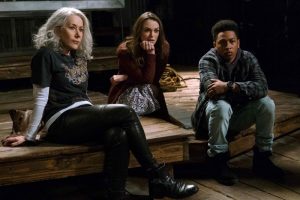 Brigitte/Death (Helen Mirren) and Raffi/Time (Jacob Latimore). Desperate, Whit comes up with a plan which should succeed either in getting Howard engaged in the world again or subject to a declaration of incompetency. See, Howard has written letters to Time, Love and Death, seeking answers as to why he lost his daughter. Whit decides to call Howard’s bluff and hires the out of work actors to play the personifications of the concepts for Howard’s benefit. 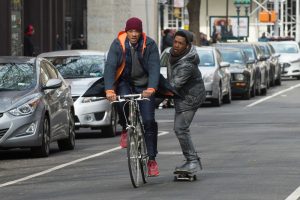 The writing of Collateral Beauty is excellent, the plot both whimsical and practical, covering all the alternatives and reasons for the different twists and turns with grace. I always hate it when something peculiar is not pondered. For example, WHY would they go to such extremes? It is covered in one brainstorming session among the partners. How do they get the letters? Sensibly explained. How shall they proceed with the charade? It’s written as though we, the audience, were in on the entire situation and the actors speak for us. 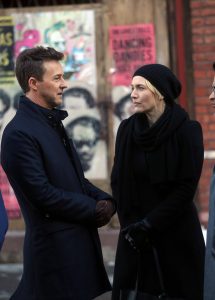 So it is with the actors who portray Death, Time and Love. They speak for those concepts in the way the actors speak for us. And this simple technique draws us in to the landscape, making the story personal. 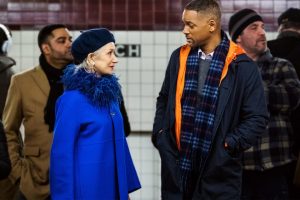 Unlike many stories about death of a loved one, there is no “dread” moment. The death has already happened and is gradually eased in to. It is a very gentle movie and yet, at the same time, it will hit you like an emotional truck. But afterwards you will feel not destroyed but soothed. 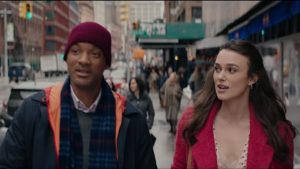 I don’t want to give much more away as the audience should let this unfold in the way the cast and crew intended, like a blossoming flower you should appreciate, one layer at a time. 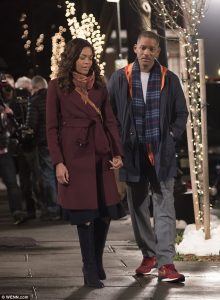 I will say to pay attention though. Everything everyone says means something – either conceptually or aiding the plot, every connection one character makes to another is meaningful. For example (without revealing too much) Raffi/Time connects with Claire (Kate Winslet) who is feeling tragically that her time to have children has passed her by. Amy/Love befriends Whit who comes to the realization that in the disastrous aftermath of his messy divorce he has lost the love of his daughter. Geddit? 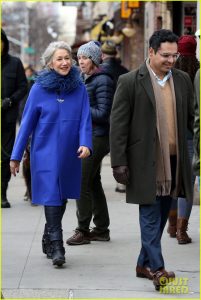 Collateral Beauty is part It’s a Wonderful Life, part Christmas Carol, part Fisher King (odd quirky Terry “Monty Python” Gilliam movie about a man who loses his mind after a tragedy), part Shadowlands (love story in the midst of mortality) and yet is unique unto itself.

It’s the most understated performance by Will Smith of his career and while he probably doesn’t say more than three hundred words during the entire film, this is his most effecting, voluble, heart wrenching and loudest work. His character doesn’t speak of his grief – he personifies it in much the same way Mirren does Death or Knightly does Love. 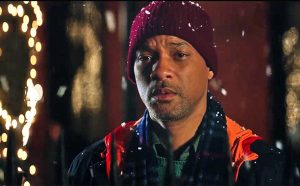 The beauty in this film is in the details – from the red in all of Amy/Love’s clothes to the care with which the dialogue plays out. 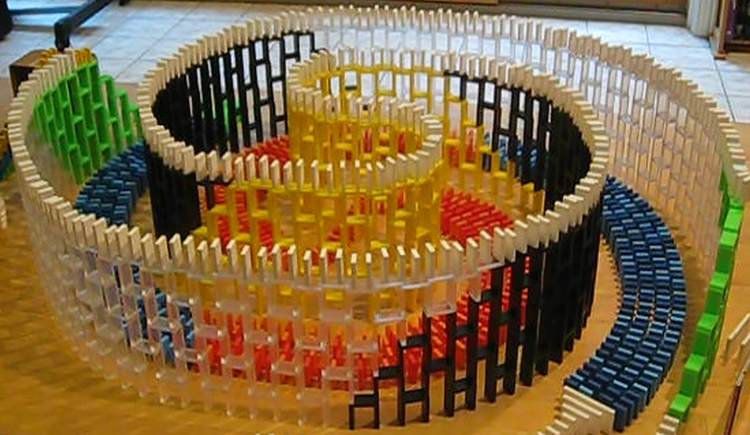 To use a quote from the film: “Just be sure to notice the Collateral Beauty,” for which you must listen and watch carefully or you might miss something important.