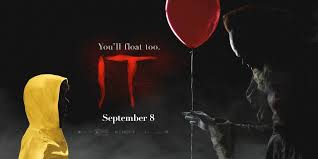 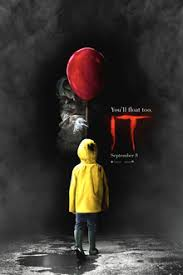 SHORT TAKE:
It, based on the Stephen King horror novel of the same name, in many ways carefully follows the book about outcast children being terrorized by a supernatural being – which is a shame, except where IT does not follow the book – which is a shame, resulting in a mediocre haunted house of a movie. But the kid actors were terrific and worth the viewing time.
LONG TAKE:
First off, the scariest movie I ever saw was 1979's first Alien. 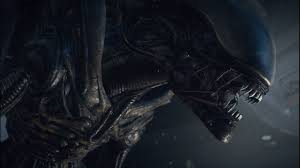 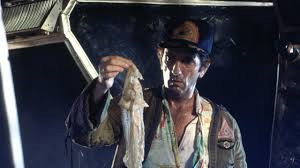 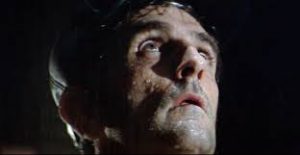 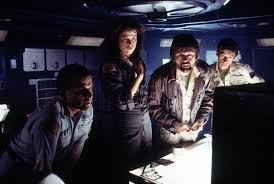 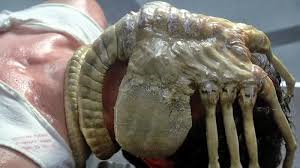 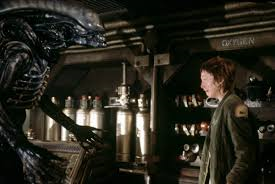 I remember watching Harry Dean Stanton rubbing his neck in the dripping storage room, looking for Jonesy the cat, KNOWING  the ALIEN was behind him and thinking: “This is so scary it’s not fun any more. This is actually physically painful.” Even breaking the suspension of disbelief did not prevent me from being absolutely terrified. So, to me, scary movies are judged by this ruler. On a scale of 1 to 10, Alien was a TWELVE! The movie IT is….meh…a 6.
It, to start with, is based on a book which is just too dad gummed LONG! 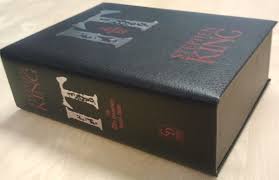 At 1,135 pages IT is longer by over 300 pages than JK Rowling’s longest Harry Potter installment – The Order of the Phoenix! I suspect that, at the height of his fame, King had no one willing to tell him to STOOOOOOP!!!
Unlike Rowling, King tended to fill his pages with redundancies – variations on the same theme over and over. 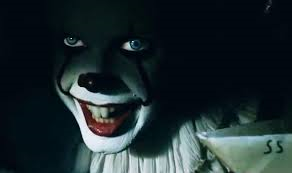 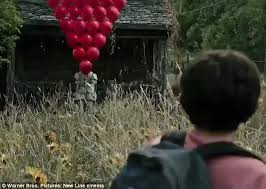 demonic balloons, buckets of blood –  jump scare, morph something familiar into something hideous,

vomit graphically described gore, rinse (and that will take a LOT of soap and water – just sayin'), repeat.
The book covers the same territory twice – jumping back and forth from a group of children encountering a homicidal, inter-dimensional, supernatural, serial killing clown in Derry, Maine during 1958, then again having to tackle IT as adults 27 years later. The theme of this gargantuan novel was dealing with unresolved childhood traumas and IT was King’s vehicle for what should have been a Twilight Zone episode. Unfortunately IT was a bit like giving a fifth grade field trip the run of an otherwise empty Titanic. Too much room to move and not enough substance with which to fill the time.

The self titled Loser’s Club – a group of children who bond in their outcast status – is terrorized by, then confronts Pennywise. The intrepid heroes are:

Bill – stutterer, leader and brother of George, Pennywise’s first victim that we, the readers, know of; 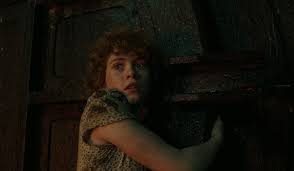 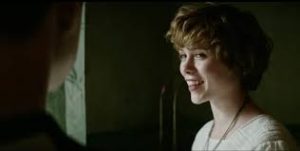 Bev – an abused but brave girl; 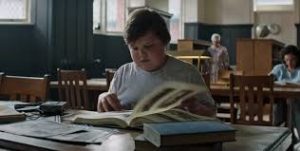 Ben an overweight bookworm and newbie to the town; 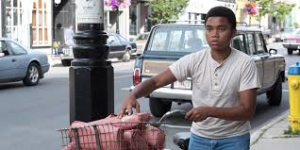 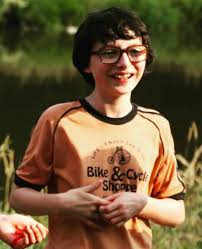 Eddie – hypochrondriac with a domineering single mother; and 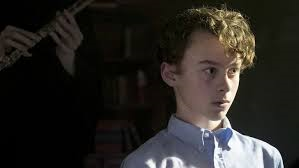 Stan – a Jewish kid. All are pursued and tormented by the resident psycho-in-training and Sheriff’s son Henry.  With repetition, what should have been frightening becomes merely gross out scenes of adolescent bad language, vomit, puke and sewer water………and that’s just the first half because then they will have to do it ALL OVER AGAIN as adults in the next movie!
In addition, the book featured a lot of profane, and sexually tinged profanities coming out of the mouths of 7 pre-adolescent mouths. Bad enough in a book, but when it is reiterated in a movie, one must realize that the film makers actually had pre-adolescent children SAYING these things, which is inherently a bit offensive.
What the movie leaves OUT creates the biggest flaw in the script. The worthy theme of the book is how a group of adults deals with unresolved childhood traumas. The book, while elephantine in size, DOES demonstrate this metaphorically well in how the children then the adults later confront their greatest fears by turning those fears into weapons against Pennywise.
MILD SPOILERS:
In the climactic scenes of the confrontation with Pennywise – in the BOOK Bill successfully conquers his stutter by reciting a therapeutic poem: “He beats his fists against the post but still insists he sees the ghost” to thwart and even injure Pennywise. As Pennywise thrives on fear and despair, to confront someone who has overcome an obstacle is devastating to IT. This is clever and in keeping with the theme. However, the MOVIE merely resorts to your standard – join together and physically pummel the bad guy…thing….IT. Instead of adhering to the theme of overcoming what will bring you to despair – IT digressed to a  hackneyed unsatisfying fight scene.

The BOOK places the children in the 1950's where parents safely thought nothing of letting their children bike through town with little concern they will suffer more than a skinned knee. Setting these same children traveling alone in 1988, 7 years after Adam Walsh’ brutal murder, doesn’t make a lot of sense.
In addition, the feel of the characters – from their clothing to the bullies’ “rebel without a cause” attitudes, to the lack of cable on the TV – was ‘50's, but the stated date was 1988. While the ambience screamed ‘50's there were nods to the 1980's: New Kids on the Block and cell phones for example. And defining Mike as being an outcast because he is “homeschooled” instead of the original and obvious reason, that he was black, was just a spasm of political correctness gone awry. Mike’s race lends an abhorrent racial prejudice to bully Henry’s list of reprehensible character facets. Having Henry dislike a kid because he is homeschooled just does not carry the same impact.  Instead of convincing us IT was in 1988, these anachronistic details became merely awkward window dressing which weakened the structure of the movie by its distraction.
I understand the need to set the stage for the children in 1988 in order to place 2017 the necessary 27 years later. (Pennywise appears every 27 years to terrorize Derry.) But the environmental changes should have accommodated this chronological replacement from 1958 to 1988. It felt as though the filmmakers were either too Heck bent on sticking to the unnecessary details of the novel or too lazy to change them.
This all being said – the children actors were terrific. 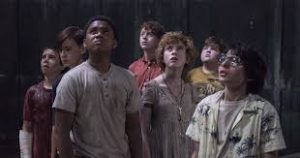 Kudos must be given to the bonding portions of the movie. Where this movie shines (no pun intended in referencing another King novel) is where Stand by Me (an excellent NON-horror King novel turned movie) succeeded. The kid actors in IT: Jaeden Lieberher (Bill), Jeremy Ray Taylor (Ben), Sophia Lillis (Bev), Finn Wolfhard (Richie), Wyatt Oleff (Stan), Chosen Jacobs (Mike) and Jack Dylan Grazer (Eddie) all deserve commendation. Watching these kids was worth the price of admission. I only wish an entire movie about them as friends in a normal setting could have been made. I look forward to following their careers.
In brief: Where the movie SHOULD have changed, been truncated and condensed to limit the haunted house gimmicks IT instead reveled and immersed ITself in every book detail.  Where IT should have stayed faithful to the book IT did not. BUT the child actors were excellent and worth watching by themselves.
If you’re a big Stephen King fan you probably won’t be too disappointed in IT, though you will likely be frustrated that this is only the first half of the story. To be fair, there is a certain completion to this half and if they never make the second half this one CAN stand on ITs own. HOWEVER, I believe the wise decision should have been made to: condense the story down, keep the chronological back and forth pacing of the book between our protagonists as adults and as children, and pare the whole thing down to ONE movie. Had IT been so concentrated, IT could have been a much stronger outing instead of the watered down tale this is now and ITs second half is fated to be.
If IT weren't for the exceptional performances of the kids, you'd be better off rewatching Stand By Me. As IT is – don't bring anyone under 16 or with a weak stomach.