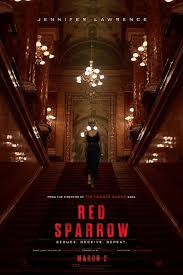 Well written, well acted espionage movie which is unwatchable for most audience members because of the extreme nudity and violence.

WHO COULD WATCH IT:

Were this movie edited to remove some of the most graphic moments I might have a cautionary recommendation for young adults and up. As it is, I would advise only mature married couples who have a strong stomach and fairly tough sensibilities.

Back in the day when movies would come on TV after a thorough scrubbing of content inappropriate for family viewing I might have been able to recommend you wait to see Red Sparrow when it comes on your local viewing station. 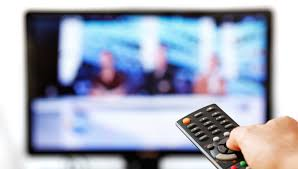 Now that that is no longer a viable option I am hard pressed to advise what demographic this movie might be suitable for. It’s a shame too because it is well done. A fast paced, cohesive spy thriller with a flaw-free plot, worthy of a Mission Impossible scenario with excellent acting, good believable character and relationship developments and a pacing and editing that keep you guessing to the very end.

The problem is they show too much. I don’t mean that pedantically they talk down to the audience. I mean they SHOW — TOO — MUCH!!

The premise is that a young Russian woman, Dominika, 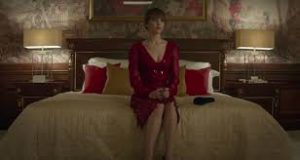 (Jennifer Lawrence – Hunger Games and Passengers), just at the end of the Cold War is extorted, by her highly placed uncle, 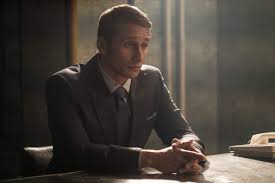 (Joely Richardson – Return to Me and Liam Neeson's sister-in-law). But the job is far more than she was led to believe and at its conclusion is told she can either be considered a loose thread to cut or "volunteer" to be a "Sparrow" – 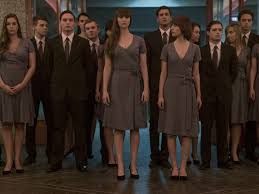 a spy who learns how to elicit, through seduction, any target – 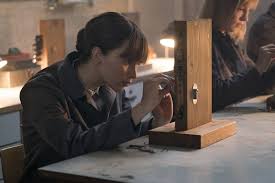 as Dominika, herself, later describes it "whore school". 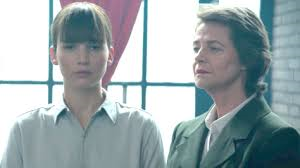 This is where the movie begins its elevator-like descent into scenes which made me glad my husband and I went to this movie without friends or family.

Upon her "graduation" she is sent on assignment by her superiors 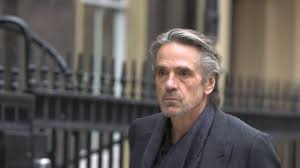 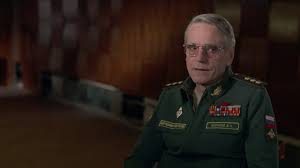 to become "acquainted" with an American agent 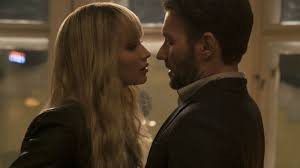 (Joel Edgerton – Bright, The Great Gatsby and The Thing). Given the nature of espionage movies one can guess that the motives of each of the many characters involved is not always what you expect and the plot will take some precipitous twists and turns – which this movie artfully does. 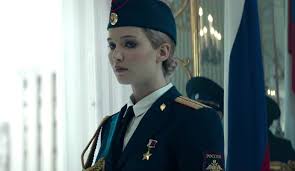 Red Sparrow is Kingsman without the humor or any comicbook filter, Black Widow's origin story without the PG rating, Mission Impossible with the violence ratcheted up several notches, James Bond without the gentility or leaving anything to the imagination.

There are scenes of complete frontal nudity of men and women. There is sexual, emotional, psychological and physical torture, shocking and bloody graphic violence. Not that any of it is, really, gratuitous. This, I suspect, is the nature of espionage at its basest level, especially the brutality, dehumanization and and the stripping away of individuality that defines Communist Russia. It is even likely that what the filmmakers here have shown IS filtered compared to what really goes on in the liberals' dangerously ill-informed idea of Utopia. But we, the audience, don't really need to see every — single — detail. The viewing audience does have an imagination, which, arguably could have been put to better use.

Sharks eat people. We know that. But Spielberg didn't even SHOW Bruce the shark in Jaws until way late in the movie knowing that what you do not see is often far worse than what you do. (That and the fact the mechanical shark didn't work but hey – chicken feathers into chicken salad…) The audience in Jaws did not need to see ever single bite, chew, and serrated incision the shark made on every one of its victims – though the scene with Robert Shaw was pretty grotesque and possibly the least effective because of it.

The story itself is intriguing but the episodes of violence, nudity and sexuality are enough to disturb the suspension of disbelief — and I've seen A Clockwork Orange and am a Monty Python fan!!! 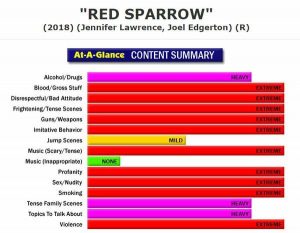 Screenit.com the review website which provides a detailed analysis of movies allowing parents to determine whether this movie is appropriate for their children REDLINED on every category that counts.

It doesn't happen often but this is a good movie which I just can not recommend.