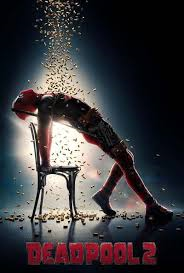 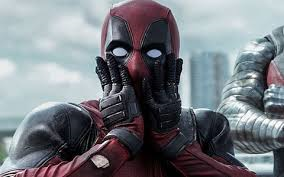 Unfortunately, in all good conscience, I can not recommend this movie to anyone.

I once heard that the definition of mixed emotions was seeing your mother-in-law go over a cliff in your new car. As I happen to be a mother-in-law I’m not especially fond of that definition though I can understand the intent of demonstrating intense conflicting emotions. I think a better one for me, as an avid fan of superhero movies, is watching Deadpool and its sequel back to back. 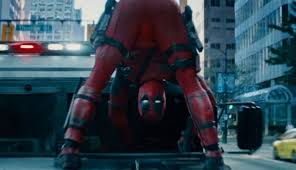 First off, Deadpool is not for children. Do NOT take children to see Deadpool. 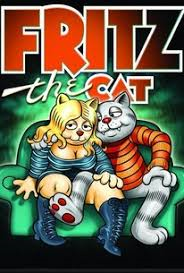 Airplane, which came out in 1980 took every cliche of the disasters happening in a man made construction genre (yes, that was a thing in the ‘70's and ‘80's – Poseidon Adventure, Airport, Airport ‘75, Airport-Concorde, Towering Inferno), and played them for all they were worth – singing nuns, relationship conflicts which were resolved by the disaster, sick children being transported to a hospital, bad weather, hero with traumatic backstory. It was hilarious because it was true – all the movies capitalized on these themes and variations with predictable continuity. (FYI – The ‘90's and 2000's went after natural phenomena – Twister, Dante’s Inferno, Volcano, The Core, Armaggedon).

By the same token, Deadpool does the same thing with the superhero genre: reluctant hero, tragic love story, kids in danger, time travelers, opponents joining up to fight a common enemy, strange super powers and fighting – lots and lots of fighting. 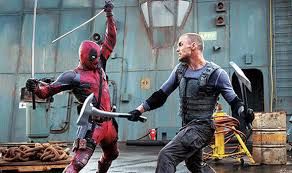 Only instead of the sanitized variety, it is quite graphic. So is the language. And the sexuality. And the nudity. And the blasphemy.. 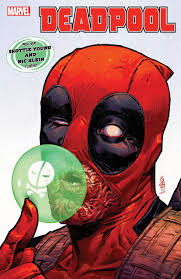 Deadpool started in the comics about a mercenary who gets cancer and is given a kind of Captain America super serum which makes him unkillable. Deadpool was never meant to take itself seriously but is the Monty Python of superhero movies. Ryan Reynolds plays the title character to the hilt.

This super… person who by his own admission is no one's idea of a hero… and by his own description is a bad guy who gets paid to kill worst guys than he is, is also very funny. 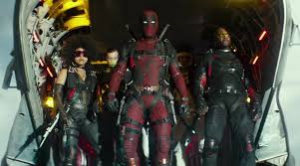 He’s snarky and opinionated and comments constantly TO the audience breaking the fourth wall more than Groucho Marx did. Deadpool has much to commend it. It is well-acted, cleverly written, and has many admirable themes.

On the other hand – and here I’m beginning to feel like the conflicted Jewish patriarch, Tevye, from Fiddler on the Roof – it is gratuitously gory with 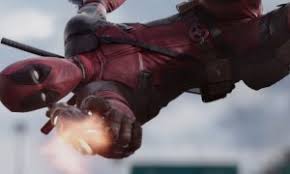 humans "splating" onto billboards and heads being chopped off. It is extremely sexual with but a paper thin line between some of the scenes and what used to be considered an "X" rating. 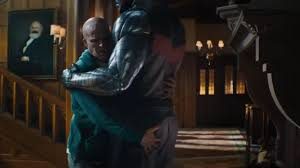 It is profane in the worst way, sporting every way to insult God and the human body that the imagination can provide.

BUT…… while I was genuinely shocked at the level of sexual activity, profanity, and 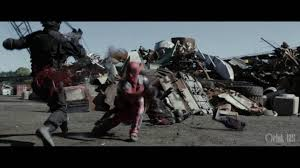 graphic violence in both the first Deadpool origin story and this sequel it is hard to hate a movie which is so very self-aware that even the credits include such titles as Moody Teenager, CGI Character, and Overpaid Tool. Ergo my dilemma.

Deadpool makes fun of everything, including itself, from Basic Instinct to the most recent Avengers movie of which it is almost in the same universe, both franchises being Marvel.

I always try to judge movies based upon their genre and intent so want to be fair to Deadpool, especially keeping in mind that Deadpool has never advertised itself as anything except an adult parody of superhero movies.

I cannot help but think of the Biblical parable of the two sons, one of whom is disobedient despite his initial verbal assurances and the other who says he will not do his father's will but then goes and does it anyway. Deadpool is the latter. 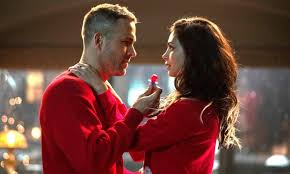 For example, although the sexuality in the Deadpool origin story is fairly graphic, it is between two people who are monogamous and fully intend to be married, have children, and start a family. This, frankly, is far healthier then your average James Bond movie where the sexual relationships are less visually intense but extremely casual, polygamous, and intended to be very short-term.

I was genuinely offended by the blasphemous language, yet the actions of those same characters were often Christian – self-sacrificing, 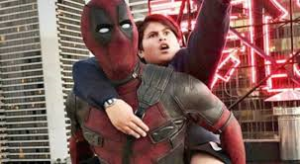 demonstrating mercy, seeking to help others to redemption, and aimed at

protecting children from those who would take advantage of them, 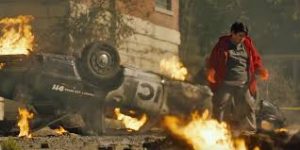 even when those children posed a danger to the heroes trying to save them, which is a whole lot more than I can say for more "acclaimed" movies like Blockers and Call Me By Your Name which tried to push pedophilia into the mainstream.

While I was offended by implications insulting to the Church – such as the headmaster at an abusive school using Bible quotes to justify his actions, or Deadpool, the character, casually comparing himself to Jesus – Deadpool, the movie, never seriously calls the existence of God or Jesus into question as movies like the Dan Brown series do. As a matter of fact, there is a moment when Deadpool is asked if there had ever been someone who was 100% altruistic and he replies "Jesus Christ". It goes by very fast and I had to have it pointed out to me, but that’s a lot more respect than movies like Dogma or Angels and Demons has for the Church.

While it is faint praise to say a movie is not terrible because of what it does not do, Deadpool also has the positive attributes of actively exercising the virtues of self-sacrifice, mercy, family, and marriage.

I can stand the violence as it's mostly cartoonish, I can even wince past most of the sexuality as 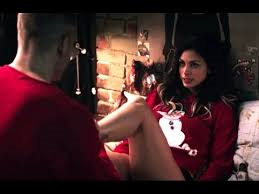 it's between two consenting adults who intend not only to get married but to have children. However, what I found most offensive was the frequent verbal and referential blasphemies throughout. Sadly, this was the point at which Tevye would have had to have said, "No, there is no other hand." 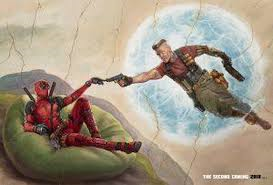 So for all of its virtues, there is too much, if you’ll excuse the pun, DEAD weight on the other side of the scale for me to me give it a recommendation, even for the older crowd.

2 thoughts on “DEADPOOL – A MOVIE I WISH I COULD RECOMMEND”