A quick alert here to watch out and avoid Happytime Murders. Slated for release August 17, 2018 the trailers show more than enough to warn away anyone with even a passing semblance of respect for themselves or their community. Created by Jim Henson's Muppets heir Brian Henson, I can't help but want to ask Mr. Henson: "WHAT IS WRONG WITH YOU??!!" Happytime Murders is a vulgar, crude farce of a movie with explicit sexual scenes, activities and sight "gags" which would be more expected at a raunchy frat house party than a Muppet movie. 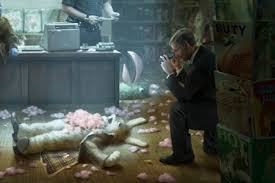 The premise is two cops – one human and one Muppet – are partnered to solve the execution style murders of Muppets who were cast in a previous movie. If their intent was a Muppet movie ala Who Framed Roger Rabbit, they got about as close as a drunk monkey might get to passing a driving exam on the interstate – with about as delicate results.

Happytime Murders is offensive in pretty much every way possible. And this is why Deadpool was a bad idea. There are certain genres – super heroes and Muppets being two of them – which were created for a demographic audience looking for a wholesome alternative to the avalanche of crude excuses for humor, sexual alternatives to genuine relationships, and the lazy writing of profanities and vulgar slop which often passes for films today. 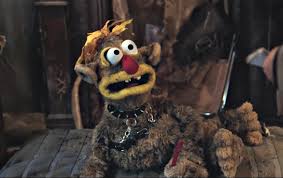 Knowing a movie like this is coming out based in a world which used to be exclusively targeted towards children is a bit like coming home to find a diseased and incontinent hobo asleep in your baby's crib – that a safe space has been violated in the most profoundly disgusting of casual ways.

I think it would be appropriate to suggest to your local theaters that this kind of dreck is not welcome in your community. I try to be fair and judge a movie based upon its genre. Happytime Murders, judged on the world in which they place themselves, is nothing but a defilement and a breach of trust with the public.