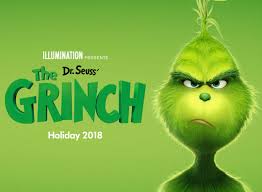 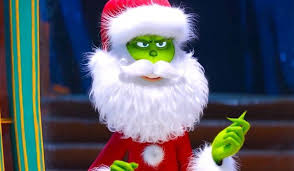 The new The Grinch is entertaining for adults and children alike and respectful to its source material, but still manages a fresh take on this most beloved of children’s Christmas tales.

How the Grinch Stole Christmas by Dr. Seuss was published in 1957, two years before I was born, and the first and 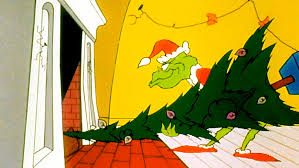 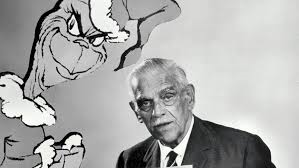 Boris Karloff, was released in 1966 when I was 7. So the story of The Grinch has been on my radar my entire life, not to mention the fact that I have read probably every other Dr. Seuss story to my kids about a hundred times.

There have been several adaptations, including a musical and a Jim Carrey movie in 2000, the latter of which I did not much care for, as 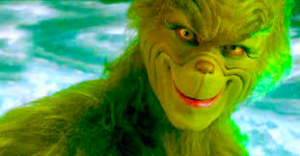 Carrey’s Grinch was a little too reminiscent of 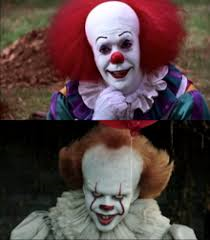 Pennywise the clown from Stephen King’s It for my taste.

BUT – those of us who grew up with the original 1966 version need fear nothing about this latest version of The Grinch. The epynomous character is voiced by Benedict Cumberbatch 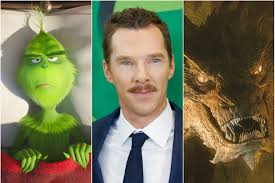 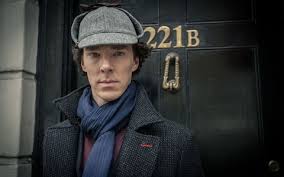 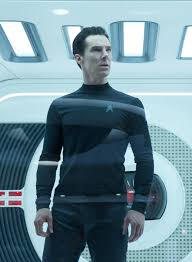 (Sherlock, Smaug from Lord of The Rings, Khan from the Star Trek reboot). Danny Elfman, Tim Burton’s go-to composer, deftly incorporates not only traditional Christmas music but songs from the 1966 animated film, including the Whoville Christmas song. The set ups for the story are the same, 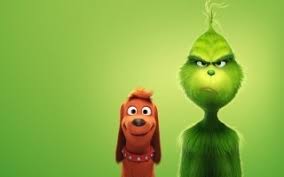 only a bit more flushed out and funnier.

The voice acting was smart and cute, 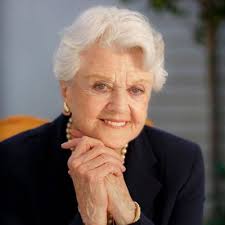 even featuring a cameo from the grande dame of theater Angela Lansbury as the Mistress of Ceremonies at the Whoville tree lighting. 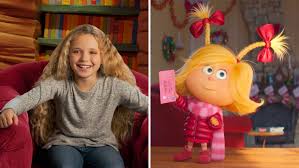 Cindy Lou Who was performed by the charming Cameron Seely (The Greatest Showman). 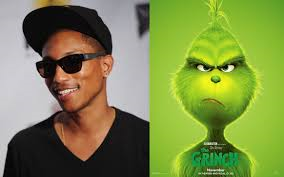 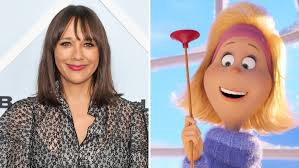 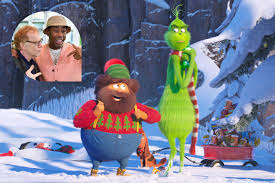 Keenan Thompson voices the eternally optimistic and joyful (even for a Who) Mr. Brickelbaum.

One thing I actually like better in this version than I did in the original 1966 one,

was the inclusion of several Christmas songs which reference the Nativity. Unlike other modern “Christmas” movies, 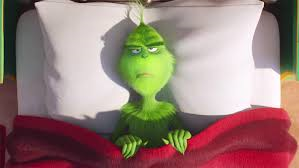 this one highlights lyrics which refer to the birth of Christ, such as in “God Rest You Merry Gentlemen”: “…remember Christ Our Savior was born on Christmas Day….” Granted, it was sung by an overly enthusiastic Whoville, flashmob, Pentatonic-style choir who (pun intended) unintentionally chased the 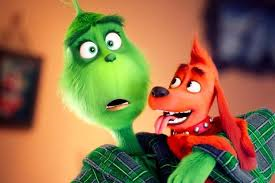 flinching Grinch through Whoville in a rather comedic scene, but the song was beautifully done.

There are a number of other similarly respectful moments in the film, which makes this 2018 version even more endearing than it otherwise would have been. 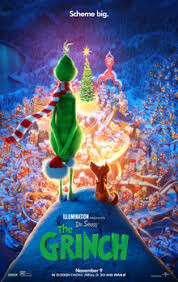 And do not be concerned about the occasional “Happy Holidays” that you will hear, because there are plenty of “Merry Christmas!” salutations to be heard, especially after the Grinch’s conversion. This might not have been a casual decision, but a deliberate script writing device. Either way it works nicely.

Benedict Cumberbatch does one of the best American accents by a Brit that I know. The only one who does it as well, I think, is 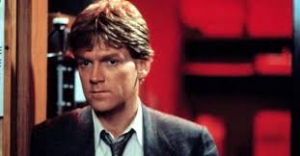 Kenneth Branagh (Dead Again). Of course, I could just be biased because I am admittedly a fan of Mr. Cumberbatch. Like Mr. Branagh, Cumberbatch is not a movie star, he is an actor. (Don’t believe me – watch his Hamlet.) 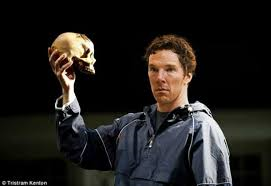 The original film short was only 26 minutes. 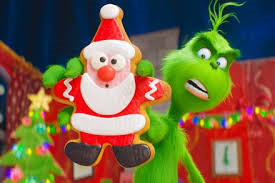 This 2018 runtime of 90 minutes uses the extra time well, investing the story with more about the Grinch’s backstory, 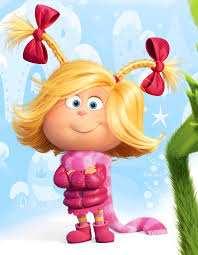 as well as providing more credibility to his conversion,

without eliminating any of the original elements from either the book or the 1966 movie. 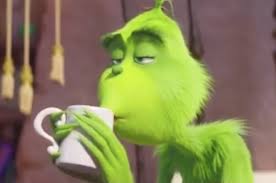 This movie is absolutely and completely suitable for everyone.

There is no innuendo or profanity of any sort. 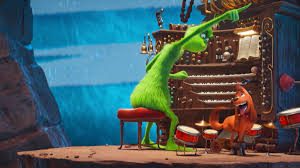 It’s funny for adults, charming for children, enhances the original theme, and maintains the intent of the original story.

So – bravo to directors Yarrow Cheney (Despicable Me) and Scott Mosier (who, up to now has NOT been a maker of child-friendly films), scriptwriters Michael LeSieur (You, Me and Dupree), Tommy Swerdlow (Cool Runnings, Snow Dogs) and, of course Dr. Seuss/Theodor Geisel. Congrats also to music composer, Danny Elfman, and especially Mr. Cumberbatch for lending their talents to create this newest and very successful rendering of this most charming of Christmas stories for children of every age. 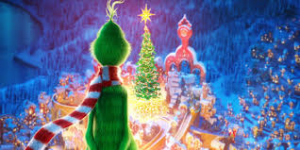 AND IF YOU LIKE THESE REVIEWS PLEASE SUBSCRIBE! THEN YOU’LL GET  NOTIFICATION OF  EVERY NEW REVIEW SENT STRAIGHT TO YOUR E-MAIL!! CLICK THE TITLE OF THE MOVIE IN THE E-MAIL AND IT WILL TAKE YOU BACK TO THIS BLOG WHERE YOU CAN READ OR LISTEN TO THE AUDIO OF HUNDREDS OF MOVIE REVIEWS AND ARTICLES.

GO TO THE BOTTOM OF THE LEFT HAND SIDE AND TYPE YOUR E-MAIL IN – IT (SHOULD BE) THAT EASY. ANY PROBLEMS PLEASE SEND ME A COMMENT AND I’LL DO MY BEST TO RESOLVE YOUR ISSUE.