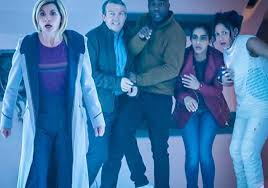 The recent Dr. Who shows have been FAR better than the pilot and rely on puzzles, history, and most importantly, in The Tsuranga Conundrum, features — a pro-life message.

I was not wrong. 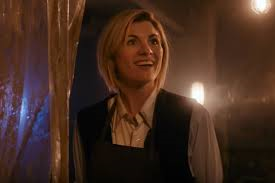 The first of the new Doctor Who's was terrible. Click HERE to see why. However, the stories immediately began improving and I had already intended to write a revised blog. But episode 5, The Tsuranga Conundrum, put me over the top and inspired me to get it done.

Let me first say a little bit about the other improved episodes. 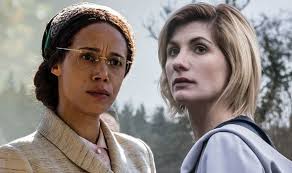 Rosa, much like TOS Star Trek's "City on the Edge of Forever", where one person's decision changes the course of history, revolves around whether or not Rosa Parks will refuse to stand for a white person on a bus in the 60s. Her act of civil disobedience, striking a blow for the dignity of every human, sparked the Civil Rights Movement. The antagonist for the show was a fellow time traveler who wished to interrupt this key event. The Doctor and company were there to protect the time line. Rosa was a lovely story and the theme harkened back to 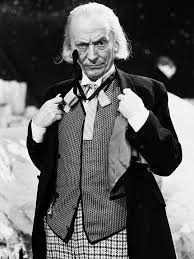 Doctor Who's original 1963 intent of being a time-traveling historian and scientist.

The other shows highlighted the female Doctor Who's 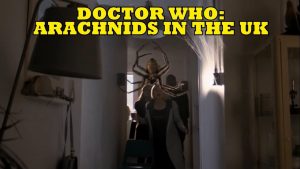 natural strengths of intellect and puzzle-solving. As a woman, she does not have the upper body strength to physically handle altercations. 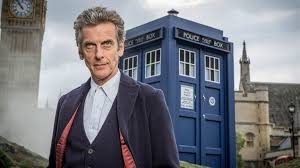 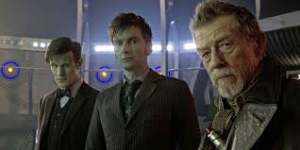 The other doctors, aside from 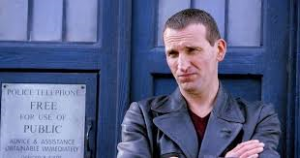 Christopher Eccleston, though of  "academic" builds, were still far stronger physically than 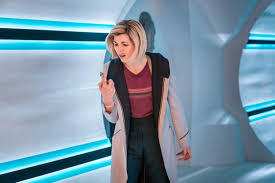 this one could be. So her strength lies in her being, as David Tennant put it often, "clever". And this comes off very well again in this story. 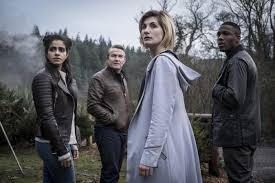 While her companions are still not especially noteworthy, you kind of get used to them, and they have the virtues of neither being bossy nor abrasive as previous companions have been. Neither is there some long game arc with them as the linchpin to the mysteries of the universe, which is pretty refreshing. So the shows have definitely improved. 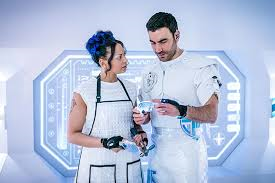 But the most recent Dr. Who episode was the icing on the cake and deserves special commendation. Doctor Who has always been pretty pro-life, much like Star Trek was pro-life. The value of sentient life was recognized,  regardless of how they looked. And there was respect for life and Creation in general, (even though there was only rarely a reference to a Creator). And Doctor Who is very much in the same vein. Enemies' lives are respected, valued and protected with as much alacrity as friends' lives. Character arcs are often about redemption, and rarely does the concept of revenge in any form rear its head.

Acknowledgement of life's importance in all forms is an understood thread that weaves itself though both shows. But only once before this most recent Dr Who show have I seen the pro-life position so clearly and plainly stated as it was in "The Child," from Star Trek the Next Generation. 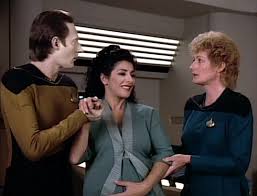 In "The Child" Deanna Troi finds herself pregnant from an unknown entity. The consensus from the rest of the command crew was extreme caution and Worf, the Klingon security officer, even recommended abortion of the "fetus". But Deanna, not even knowing how she got pregnant, not knowing what was the intent of the entity who, frankly, raped her, flatly stated to her captain: "Do whatever you feel is necesssary to protect the ship and the crew, but know this, I'm going to have this baby". Not fetus, not product of conception, but "baby".  The only issue to Deanna was protection of the child that she carried and an acknowledgement that it was indeed a baby.

I am so very pleased to commend this new Doctor Who, and obviously the writer, Chris Chibnall, for making the same clear pro-life statement. In episode 5, "The Tsuranga Conundrum", the premise is that The Doctor and her companions are trapped on a hospital ship without her TARDIS. Their literal deus ex machina is temporarily out of reach on a planet several days travel away.

The main storyline revolves around an attack on the hospital ship by a new mysterious alien, the Pting. But that is not really relevant to the point of this blog, so I will let you enjoy that part on your own. 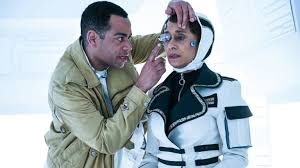 Their subplot, partially intended for comedy, is really the most important part of the story. Yoss is a young unmarried man, in the last stages of pregnancy. 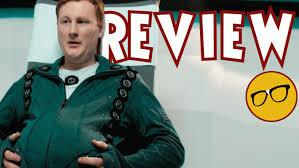 Now bear with me. Though the young man looks human, he is a different species and this IS a science fiction show. When asked how he knows the child will be a boy, he responds matter-of-factly: "Boys give birth to boys and girls give birth to girls. That's how it is." So – yeah – alien. Somehow this struck me as especially funny, as I am sure the writer intended. When two of The Doctor's companions, understandably confused, ask him how this could have happened, meaning – how could he, a man, become pregnant?!!! the scared new dad misunderstands and explains that it was the result of an ill-thought out one night stand.

Here is where the pro-life begins. There was never any mention of Yoss considering abortion even though he makes clear that pregnancy was the LAST thng he wanted at this time in his life and that he feels woefully underprepared to be a parent. In addition, the writer, through Yoss, goes out of his way to show the companions what his unborn baby looks like in a series of 3D ultrasound images. There was no plot purpose to this slide show, but it made a brilliant point and, I thought was the highlight of the episode.

His species' gestation takes only 5 days, therefore the pictures he shows are a succession of developmental shots only a few hours after conception, then after the first day, the second day, third, and fourth, all of which show dramatic gestation of a species that looks just like a normal human child. 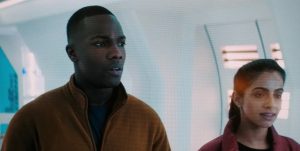 The last picture of his unborn baby, taken three hours earlier, shows a full-term, perfectly beautiful,  baby boy to the awe and delight of the attending companions.

I thought this masterfully done. Whether the writer intended to or not, he makes it clear, even to the most uninitiated, that it takes no time at all to get from "conception" to "baby".  And giving this species a five day gestation brings that thought home in a very condensed way. 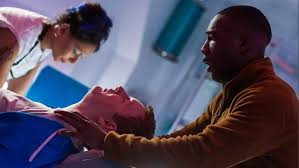 There are some predictable but still funny moments of two squeamish human men in a delivery room assisting with the C-section birth of a baby. But all the concepts are treated tactfully, so not to worry. The rest of the subplot is cute as well and involves his decision whether or not to keep his baby or give him up for adoption.

And there's a bit of lagniappe. Usually Doctor Who, and even my own beloved Star Trek, avoid religion at best and take sly jabs at it at worst. But in this Doctor Who, during the funeral for one of the guest characters, prayers are requested from saints! While, unfortunately, no mention of God was there, reference to saints, a distinctly Catholic spiritual concept, was a delightful and blessed breath of fresh air. 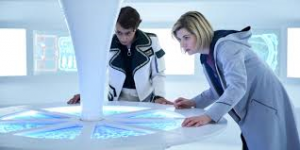 As I have not been shy of doing in the past, I have re-evaluated the show. I hereby backtrack on my previous overall negative impression of the new female Doctor Who. While I continue to maintain that the first was poorly done, it did not put her best foot forward. 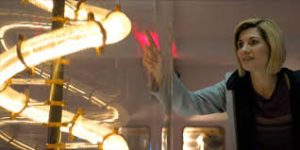 The steep incline of improvement has been quite a pleasant surprise.

So, I recommend for all of you Doctor Who fans who have not tuned in yet, to give Miss Whitaker's Doctor Who a try. Based upon shows 2 through 5 she deserves another chance. 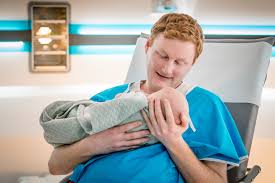 And bravo to our new MISS Doctor Who for her profoundly pro-life message. I will be tuning in again.