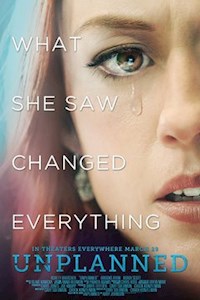 Based upon her own testimony, the powerful biography of Abby Johnson’s conversion from Director of Planned Parenthood to passionate and eloquent pro-life advocate.

Adults and mature older teens only! There are brutally honest and accurate scenes of the trauma women go through when they are enduring an abortion, including blood, pain and one ultrasound viewed suction abortion of a 13 week old unborn baby. BUT THIS MOVIE MUST BE SEEN BY THOSE WHO CAN, TO BEAR WITNESS AS THE NAZI DEATH CAMP SURVIVORS DID – so these atrocities will cease and never happen again.

God loves to MacGyver us. You remember that guy with the old 1985 TV show who could stop a sulfuric acid leak with a chocolate bar or a nuclear bomb with a paper clip? MacGyver would take stuff that you would find in a garbage dump and make amazing things out of it.

Well, God took mud and made creatures that He would die for and call His children. He took a farm girl named Joan and put her at the head of a successful army.  He took a Christian-persecuting Pharisee named Saul and made him one of the most famous disciples of Christ. 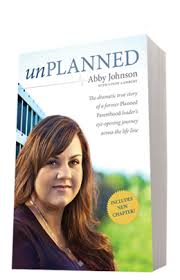 And he took a woman named Abby Johnson, one of the youngest directors and Employee of the Year of a large Houston Planned Parent abattoir and converted her into one of the most passionate and resolute pro-life advocates in the world.

Unplanned is about Abby’s transformation from a 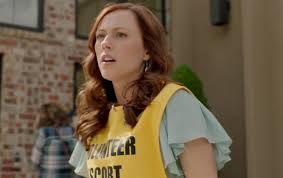 Planned Parenthood functionary, who self-deludes into believing she is protecting “women’s rights,” to the modern equivalent of the afore-referenced Saint Paul. The movie starts with the morning of the event which removes the “scales” from her eyes. 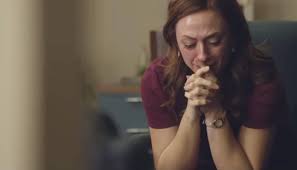 The title refers, not just to the pregnancies on which Planned Parenthood feeds, but the sudden and unexpected illumination of Abby’s soul.

This is not a movie for children or the faint of heart. But it is required watching for anyone concerned about the butchering of millions of children through the abortion factory known as Planned Parenthood. 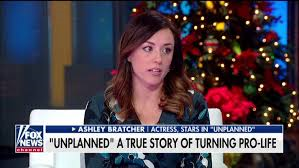 Ashley Bratcher, who was, ironically, almost aborted herself, 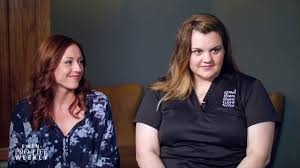 IS Abby Johnson, in a measured and powerful performance, despite being warned by friends that if she accepted this part she might never get another acting job. 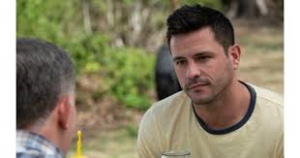 Brooks Ryan portrays Doug, Abby’s second husband. As presented in the movie, Doug is a Hosea figure: married, devoted and unconditionally loving to a spiritually broken woman, and

who is instrumental in her healing through God’s grace and his commitment to their marriage. 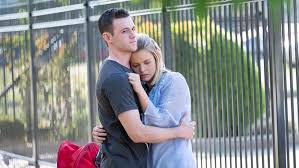 Jared Lotz plays Shawn Carney and Emma Le Roberts portrays Marilisa, his wife, who head up 40 Days for Life. Marilisa befriended Abby despite their diametrically opposed positions on abortion, as she and the other 40 Days members prayed outside the fence. 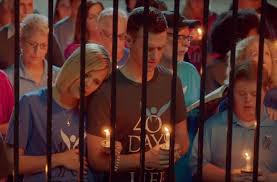 In reality, representatives from 40 Days were a constant presence, praying daily and for years, outside of Abby’s abortion mill, from the day Planned Parenthood broke ground on the property they bought under the false pretense of an assumed name, until the day they finally closed their doors over eight long years later.

The film pulls no punches. Planned Parenthood hands out RU-486, the glibby nicknamed “Morning After” pills, like one might Tylenol and Unplanned is not shy about showing the effects on a pregnant woman. Abby, herself, was a personal victim of this horror, taking one to “get rid of” her second child by her first husband. The crippling pain and profuse bleeding are accurately portrayed as she writhes in agony on the bathroom floor. The pill is not at all the gentle “flushing” of her uterus that was described to her by the very Planned Parenthood clerks with whom she later works. The scene is brutal but accurate and honest.

In addition, be aware that a suction abortion on a 13-week old baby is viewed through an ultrasound.

Although “sanitized” by the “animated” nature of the ultrasound, it is, nonetheless, difficult to watch.

These are not pretty sights, but they are as necessary as a walk through the Holocaust Museum in Washington D.C. or a viewing of Schindler’s List. Any community who does not bother to be aware of what goes on behind those blood soaked doors, who does not have the courage to bear witness, and who does not speak out against abortion, is a community of accessories to infant slaughter. What Jesus said of those who would not hear the words of His disciples come to mind and I wonder if: “… it will be more tolerable for the land of Sodom and Gomorrah on the Day of Judgment than for that town.” 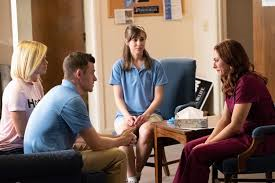 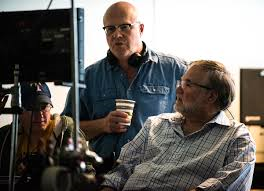 friends since childhood, experienced Hollywood film makers and Catholics, had to walk forward on faith. At no one time did have all the money they needed, only receiving funding a week at a time, but trusted that God would provide,  as He did with manna for the Israelites in the desert. 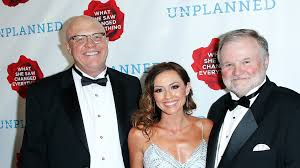 But provide He did in the commitment of the cast and crew regardless of whether or not they thought they would be paid.

A real life convert is in the film as well: 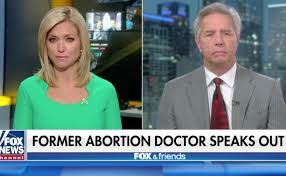 Dr. Anthony Levatino, a certified OBGYN, portrays the doctor performing the abortion at the time of Abby’s conversion moment. He, by his own estimation, is guilty of committing over 1,200 abortions before becoming a pro-life advocate.

But for all this the movie is not grim. There are many heroes and examples of positive relationships which obviously informed Abby’s decision: 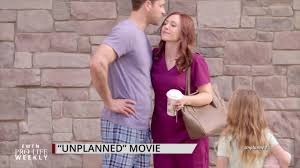 Abby and Doug’s love story for one; Abby’s steadfast pro-life parents, who prayed unceasingly for her conversion, were 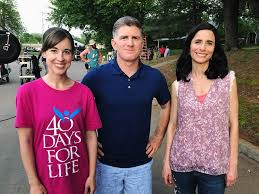 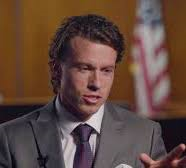 Kaiser Johnson as Jeff, their gaudy-billboard, but staunchly pro-life and center-of-calm attorney, brings humor to the script when it is most needed; and 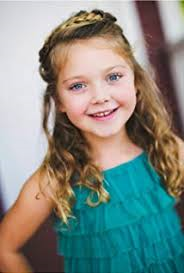 On set, during the filming, knowing, as they put it, there would be spiritual warfare going on during the making of the movie, there was a prayer team made up of Catholic priests and nun, evangelicals and other denominations. The film makers found this devotion so effective in creating a calm and peaceful work environment that they now include this as a line-item budget in all of their movies! 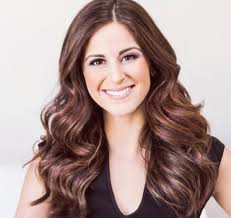 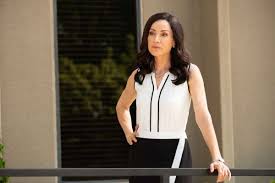 who, in turn is played with creepy authenticity by Robia Scott.

So – go see Unplanned if it is in your community. Request it if it is not. Buy the DVD. Show it to friends. Be a witness. Save a life. Save a soul. 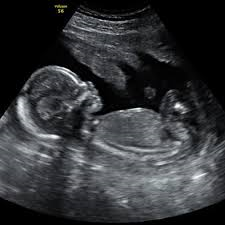