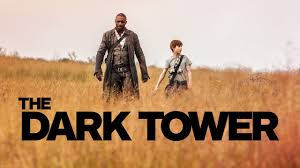 Popular wisdom says that origin books are almost always better than the movies based on them. While often true the reverse is more prevalent than you might think. 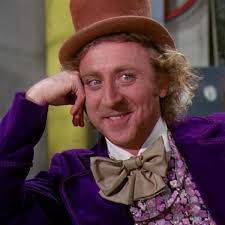 Take Gene Wilder’s Willie Wonka and The Chocolate Factory. The movie, based on the book Charlie and the Chocolate Factory, did not wander far from the source material. Though since Dahl wrote both the book and the first draft of the screenplay that is not surprising. But the movie had an added fillip which, to me, was the most memorable moment in the story. Charlie had snuck a sip of Fizzy Lifting Drink and Wonka tells Charlie because of that he won’t get any reward. But it’s a test. 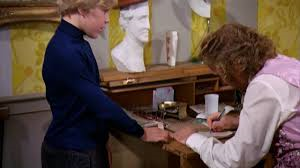 Despite Wonka’s cruel and angry behavior to him Charlie gives Wonka back the gobstopper souvenir instead of selling it to Wonka’s competitor. Wonka says: "So shines a good deed in a weary world," then tells Charlie he is to inherit the entire factory. It’s a beautiful moment masterfully played out between Wilder and Ostrum. But it wasn’t in the book. To me it was the crown jewel of the adventure. 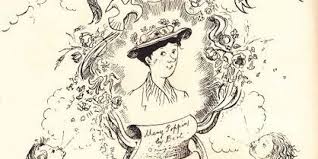 Mary Poppins was a series of adventures with the title character coming and going into and out of the Banks' children's lives, as the winds changed: trips around the world, tea parties on the ceiling, learning to cook when the Banks’ cook goes on leave, the birth of other children in the Banks' household, etc – some knit into the movie, most not. But no where does it have the central theme of rescuing not the children, but ultimately the Banks’ children’s father, despite the fact, according to the movie 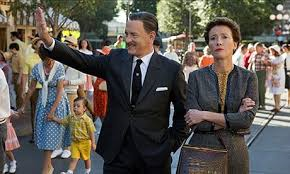 Saving Mr. Banks, this was the intent of her stories. Apparently she was just too coy with the theme. The movie, however, makes this beautiful theme crystal clear. 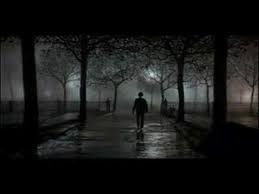 The hair on the back of your neck will stand up and the hardest will get teary watching a defeated Mr. Banks, knowing he is about to be fired, believing he has failed his children, stand, in the dark at the bottom of the steps of St Paul’s Cathedral where the children had wanted to buy feed for the birds. As the instrumental version of Feed the Birds swells in the background and you know there is a change of wind coming for HIM, you know you are experiencing one of the great moments of cinema. This was not nor could have been adequately portrayed in the book. 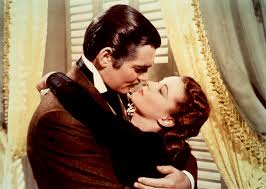 Gone With the Wind, while a classic book did not capture the imagination the way the movie did with its sweeping panoramas of Tara in her glory and stricken Confederate soldiers at the railroad station or the burning of Atlanta all against Max Steiner’s magnificent soundtrack and the incendiary chemistry between Leigh and Gable as Scarlett and Rhett played out in Technicolor.

On the other hand, there are movies like the 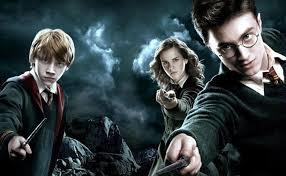 Harry Potter series, which are based on a sequence of books so packed with rich magical ideas and creativity that even in 8 movies the filmmakers could only make a Reader’s Digest version. Short shrift was given to some characters like

Nearly Headless Nick and some were left out altogether 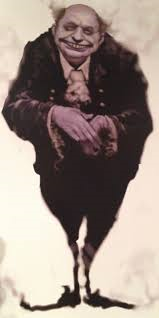 like Peeves; and some brilliant parts of the books were sadly absent from the films: Harry dressing down Lupin for virtually abandoning his wife and child; the previously misjudged Fleur Delacour declaring her continued devotion to the now scarred Bill Weasley saying "I am beautiful enough for the both of us." It was obvious the movies were a labor of love but just couldn’t do the books justice. 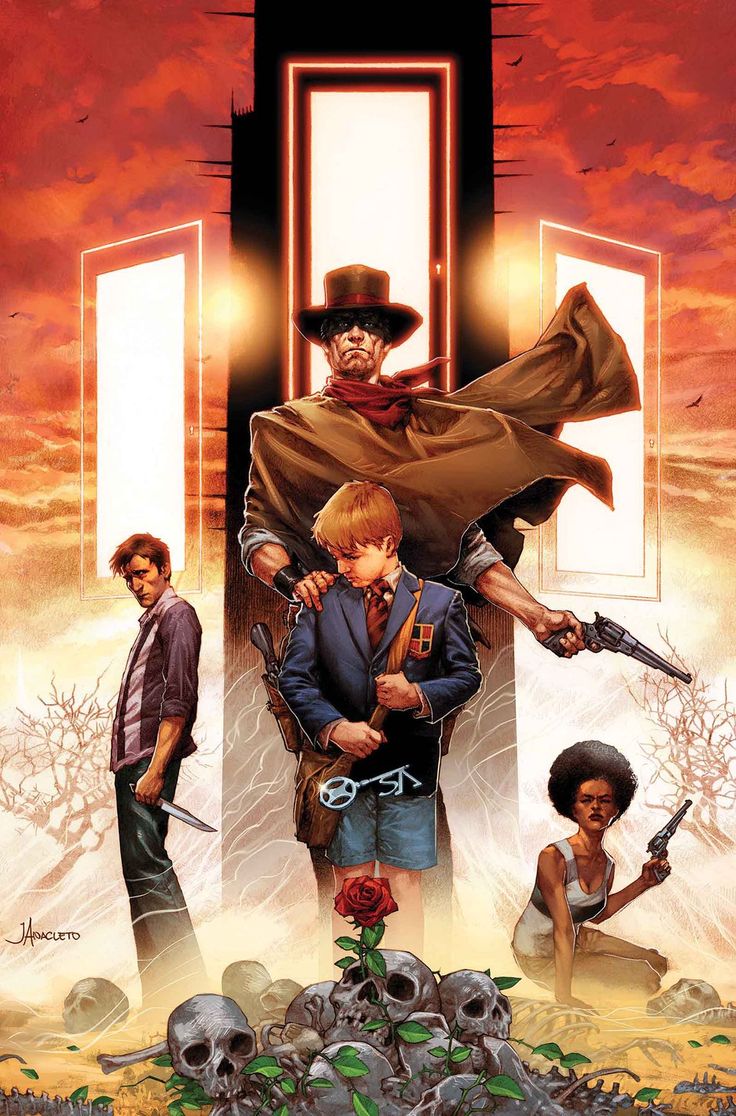 Then there’s Dark Tower. *weary sigh* I once was a fan of Stephen King. That was before he went on a diatribe against the pro-life movement, but that’s a story for another blog. During the height of my King fan-reading I tried to slog through the series of Dark Tower books AS they were coming out. I couldn’t get past the third of what would eventually be eight. It was an incomprehensible mess. It seemed as though King would wake up every morning and before his first cup of coffee spill, without filter, whatever thoughts came to him. Then the next day he would do the same thing, making weak efforts to tie what he’d written the previous day into the current days "work". There were lobster monsters and vampires, slow mutants and doomed theme parks, fatal rides on mining cars and homages to his other books. And in the book ROLAND, THE GUNSLINGER THOUGHTLESSLY MURDERS JAKE just to be able to continue his quest towards this Dark Man who, as time goes on, seems to not be quite as bad as the the Gunslinger himself. Then at the end of the 8th book (I read the Wikipedia synopsis recently as I didn’t want to wade through the rest of the books) King pretty much gives a middle finger to his audience, leaving the Gunslinger to start his quest all over again with no real resolution. The series reads like a challenge to see just how devoted his fans really are – like an insecure child constantly misbehaving just to be forgiven, demanding his parents prove they love him.

That’s not to say King hasn’t written anything good since then. 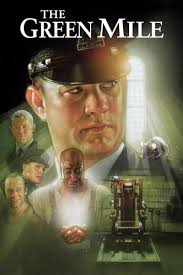 Green Mile was a beautifully written modern parable and I’d be hard pressed to say which I liked better – book or movie. They were both well done, the former by King the latter by Frank Darabont.

The FOUR screenwriters (Akiva "A Beautiful Mind and I,Robot" Goldsman, Jeff "Fringe" Pinkner, Anders Thomas Jensen and Nikolaj Arcel) who were tasked with writing the screenplay from King’s Dark Tower series must have taken a look at the books, thought – "Well, Dark Tower is a King product so we have to do SOMETHING with this because we sure can’t film THIS mess," and actually managed to create a decent narrative script.

So they took the general idea of the Dark Tower quest, the 3 main characters – Roland, Jake and Walter the Dark Man, SOME of the weirdness 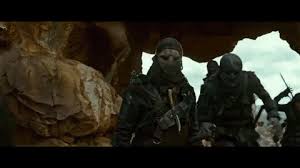 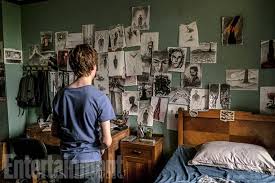 Fatherless Jake and his widowed then remarried mother live in a New York beset with signs of coming cataclysm – earthquakes and eerie storms. His visions of the gunslinger’s Wasteland – a world which has "moved on" – and his violent outbursts drive his desperate mother to seek help from psychiatrists who ultimately schedule him for a stay at a retreat for troubled youths. When Jake realizes the social workers who have come to take him are mutants from the Wasteland of his visions he escapes through a portal in an abandoned house possessed by a demon sent by the Dark Man….and THIS is the version of the story that makes SENSE! 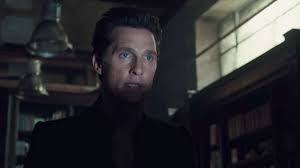 The Dark Man, Walter, is played like a sinister Vegas magician by Matthew "Interstellar" McConaughey. Not his fault – just the way it’s written. McConaughey does his best to tread that fine line between over the top scene chewing bad guy and seductive Hannibal Lector-like serial killer. The result is serviceable but nothing to write home about.

The script doesn’t hang together.

If the Dark Tower is the force for good, why is it DARK? The thing looks pretty darned creepy as portrayed – not some bastion of good and cohesive force. Traditionally, especially in a mythos-like fable of good and evil something this DARK would represent evil. And why is something DARK under attack from the DARK Man? The name similarities are either a product of a direct intentional relationship or sloppy writing. If the former there is a glaring inconsistency. As this is a completely invented universe we have no context for making a distinction and are given no explanation. Where did the mutants come from and why does the Dark Man make them wear masks? Why do the "mutants" look like large versions of Ratty from Wind in the Willows? How did the Wasteland come to "move on" and where did that expression come from? Not to be pedantic or facitious but where did it move to? Just an odd phrase for something falling apart. How does the Gunslinger have the power to resist the Dark Man’s magic and if the Dark man has the power to put people under his control just by waving at them why does he play with Roland like a sated cat with a mouse instead of just sending people by the thousands to overwhelm him?

Not that this movie is bad. It is CERTAINLY MUCH better than the books. OK that is because it is completely different from the books. Frankly – aside from the superficial skeleton – it has NOTHING in common with the books. It’s just that it could have been so much more. The writers were so burdened with trying to glue a coherent story from King’s mismash soup of blatherings from the book that they missed several opportunities to make a really great movie. The story felt as though they became so exhausted with stitching an entire suit out of the random pieces they were given that they forgot to sew up the holes created by the mismatching parts.

The only jewel in this story is Idris Elba. He can sell ANYthing. And he makes the Gunslinger a compelling believable character. He’s what Shane would have been in Lord of the Rings – valiant, determined, stalwart and brave in the face of evil. NOT the kind to murder young boys out of convenience as King's character in the books does. Elba’s fighting scenes are worth the price of admission. 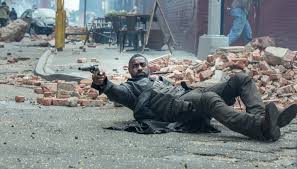 I realized when looking for interesting pictures to feature in the blog, about all there WAS were pictures of Idris Elba's Roland shooting – and even then you can't get the grace and class with which he performs these balletic moves. Creative and exciting, the style with which he just loads his gun is fun to watch. However and unfortunately, you get a pretty generous preview of all the good stuff in the trailers. That’s not to say you should not go see it, but don’t be disappointed when you find the movie’s best features are just longer versions of what you’ve already seen.